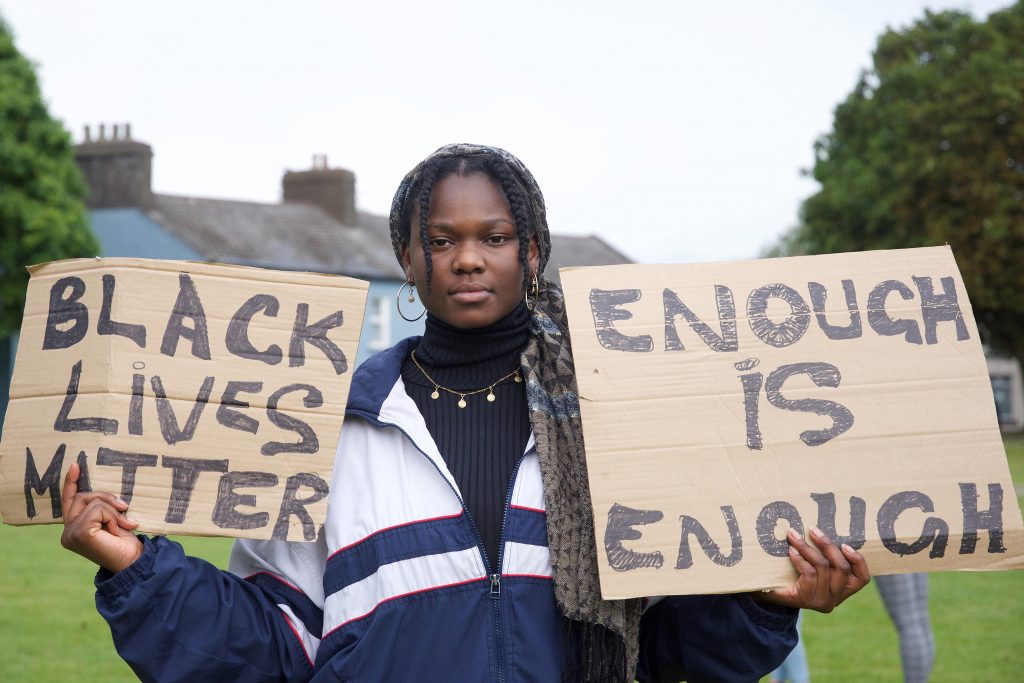 19-year-old Ayo Anjorin from Castlebar addressed the United Against Racism Mayo vigil in support of Black Lives Matter with a passionate speech. Ayo is in the third year of a degree in medicine and is home in Mayo due to the Covid-19 pandemic. Picture: Alison Laredo

A number of small demonstrations have taken place in Mayo towns to show solidarity with the Black Lives Matter movement.

There were vigils and protests in Castlebar, Ballina and Westport last Saturday and Sunday.

United Against Racism Mayo went ahead with a small event limited to members on the Mall in Castlebar. They had originally cancelled an event due to concerns that a large turnout would make complying with the social distancing restrictions difficult.

The smaller attendance observed the 2-metre measures and wore facemasks during the vigil. There were a number of speakers who made their voices heard in response to the death of George Floyd in Minneapolis and to shine a light on the issue of racism.

“The future generations behind us need to know that this is still a problem today. They need to know that we go through it every day. We need to make a change and it’s on us to make the difference,” said Castlebar man Elton Kimpwene.

“Racism is not new. We need to keep saying that. It’s not a new phenomenon, we know that it happens. It’s really refreshing that in recent weeks young minority groups have been speaking up and naming it. We know it goes on in our communities,” said former Sinn Féin councillor and Mayo Intercultural Action founder Therese Ruane.

There were also demonstrations in Ballina and Westport, with those attending, taking a knee in solidarity with protestors in the US and across the world who are marching against racism and police brutality following the death of Mr Floyd.