Garda thanks public for their ‘life changing’ response 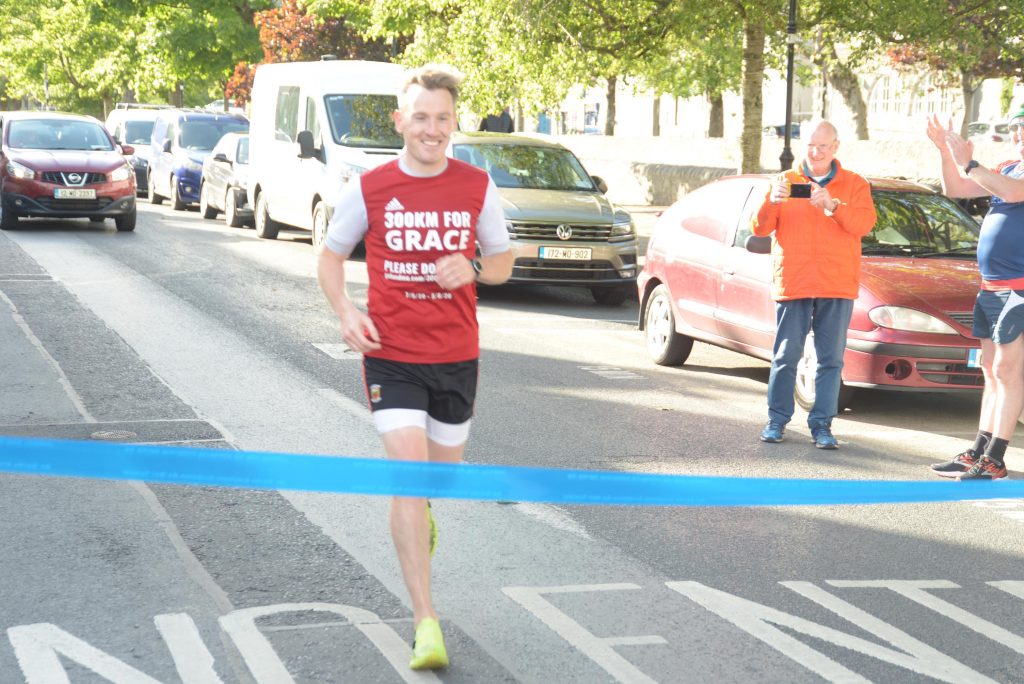 Garda Shane Nallen crossing the finishing line on the Mall in Westport after his 300KM ( 10 km every day since May 7th) for Grace Walsh Belmullet. Pic Frank Dolan.

A Mayo Garda and well-known Belmullet footballer has raised more than €60,000 (and counting!) for a little girl with a serious medical condition.

Shane Nallen ran an astonishing 300km over the course of 30 days in aid of nine-year-old Binghamastown girl Grace Walsh.

Grace suffers from a condition called Cytomegalovirus along with a number of other conditions and requires 24-hour care.

An annual fundraiser for Grace is one of the many events that had to be cancelled due to Covid-19 and Shane decided to try and do something to help.

The Westport-based Garda completed his challenge outside his Garda Station on Friday evening.

“When the heat came it was tough,” Shane told the Western People.

“Day 19 was probably the hardest. After the first 7km of that run I thought I was going to collapse,” said the Belmullet midfielder.

Thankfully, Shane stayed injury-free during the duration of the challenge.

He juggled late-night shifts and a busy home life to make sure he squeezed all his runs in.

“There were some nights where I was running at 11.30pm. It’s nice running at that time of night too but it’s not ideal,” he said.

He thanked all those who got behind his fundraising efforts.

“I only expected to raise a couple of grand to try and cover the loss from the cancelled fundraising weekend. It’s been unbelievable and Grace and her mum are so thankful to everyone. It will change their lives,” said Shane.

The fundraising page remains open this week and to donate visit www.gofundme.com/f/300km-for-grace.