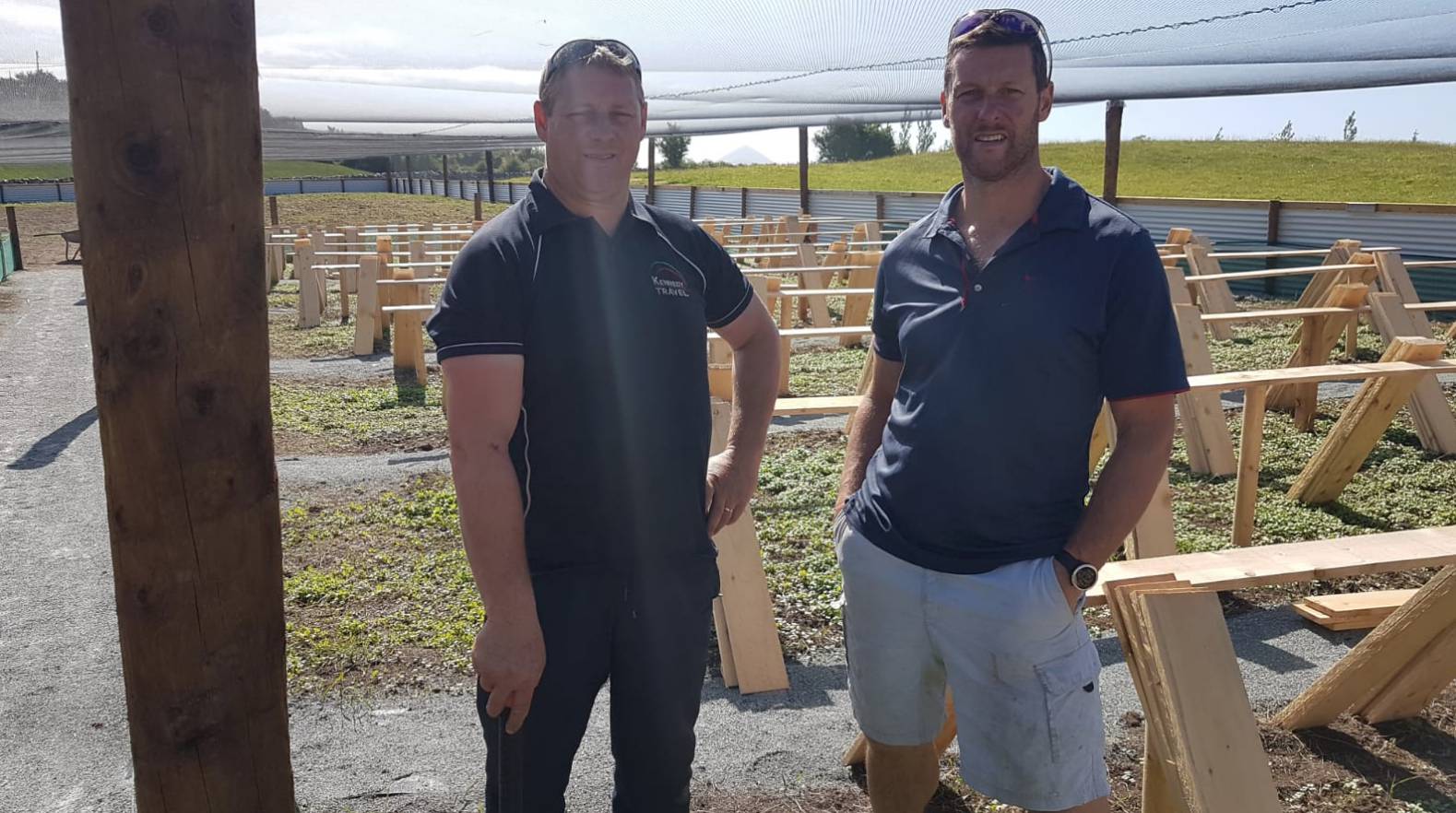 Declan and Brian Kennedy at their newly built snail farm outside Westport which will house over 100,000 snails.

Two brothers from Westport have set up a novel new farming business – though they will not be tending to the kind of animals traditionally seen on Irish farms. Brian and Declan Kennedy have received a shipment of between 110,000 and 120,000 baby snails from Spain and have begun feeding them with the intention of harvesting them to sell in early 2021.

The brothers pursued this idea for the past few months but only began building ‘Westport Escargot’, the farm that will house the snails, recently. Brian said this is the first time either of them has attempted something like this on their farm located at Knockrooskey, four miles outside Westport.

“We were looking for a project for the land at home which hasn’t been farmed for a while. We came across the idea about six to eight months ago and did some research. We visited a few different farms and decided to give it a go ourselves.”

“The workload of this is less than regular farming procedures. Once the snails are in, it’ll be a matter of keeping them fed and watered to rear them. We’ve had to build the environment to protect them from outside sources like birds and rodents but they’re easy to maintain once they’re safe.”

Brian and Declan are both used to living life at a faster pace than their farm’s new inhabitants, Brian as a train driver and Declan as the operator of Kennedy Travel, a bus company. They did not worry when the Covid-19 pandemic led to a reduction in national travel schedules; in fact, it gave them the time to pursue this project, which they otherwise would not have had.

“In a way, the shutdown worked for us because we finally had the time to build the farm. We wouldn’t have built it on our normal schedules but the buses have stopped and Declan has been able to dedicate the last two months to it,” said Brian.

“By the time we’re ready to harvest, it’ll be next January or February so we’re hoping things will be better than they are now. It is like any business, there’ll be some worries about getting it off the ground but if you don’t try you won’t know.”

Revealed: How County Mayo is faring as Ireland’s Covid-19 rate hits May high