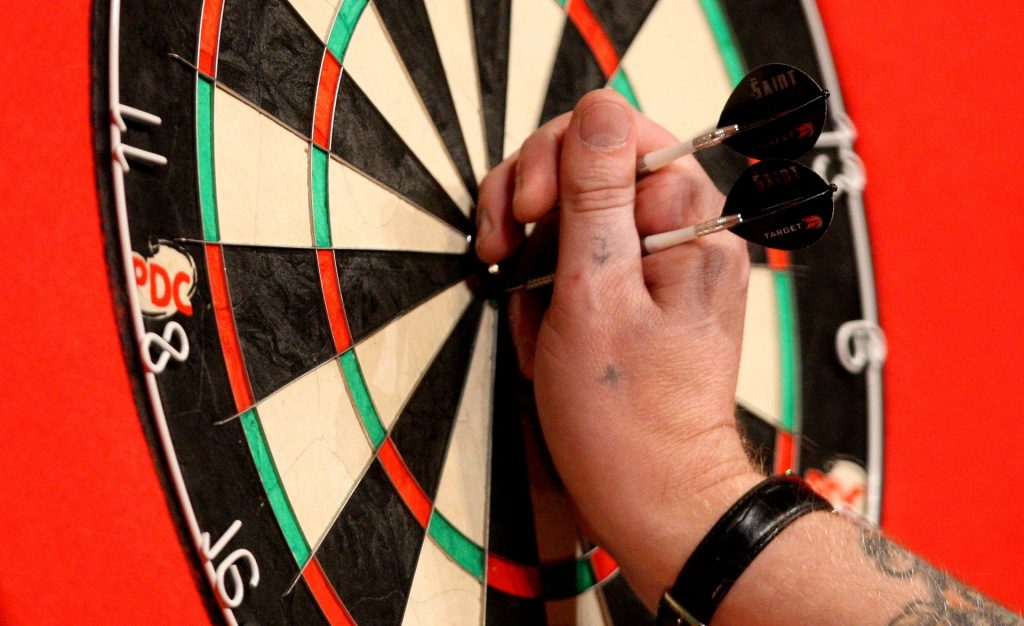 It might seem strange that a game in which you throw razor-sharp missiles through the air would be built on trust, but that is exactly the essence of lockdown darts. The virtual twist on the classic pub game has taken off in Mayo with tournaments held weekly among the county’s enthusiastic darts community. Covid-19 may have had a profoundly negative impact on most sports but darts is thriving in its new online environment.

The game has become more open and players can challenge each other from around the world, as explained by Mayo coach David O’Malley, who is running leagues and tournaments for eager Mayo sharpshooters.

“It’s interesting. I’m sitting at home watching a lad from Killala play a lad from Hollymount. The only other time they might play each other is during the Mayo District League event. Otherwise, they might not ever face off again.”

David explained how lockdown darts work. The two players will have two devices, one linked up to a score tracking system called Nakka and another displaying a video feed of the dartboard to ensure the recording of scores remains fair and accurate. One would imagine this system could lead to the potential manipulation of score lines but in David’s experience, it has been the opposite, with nightly games proving to be a highly sociable affair.

“The lads are having good craic. We have a mix of players from the county teams and some players from the local leagues. They message me in the scores after a game and often say, ‘this fella I just played is sound’ and they might never have met him or talked to him before, it’s a great social experience.”

Lockdown darts has provided local players such as Martin Heneghan from Roundfort the chance to play with professionals in online tournaments. Martin, who has previously represented the Republic of Ireland, has been duking it out with pros such as David ‘Chizzy’ Chisnall and Chris Dobey, who both rank within the top 20 darts players in the world. Martin said this way of playing the game has opened up new opportunities for him. 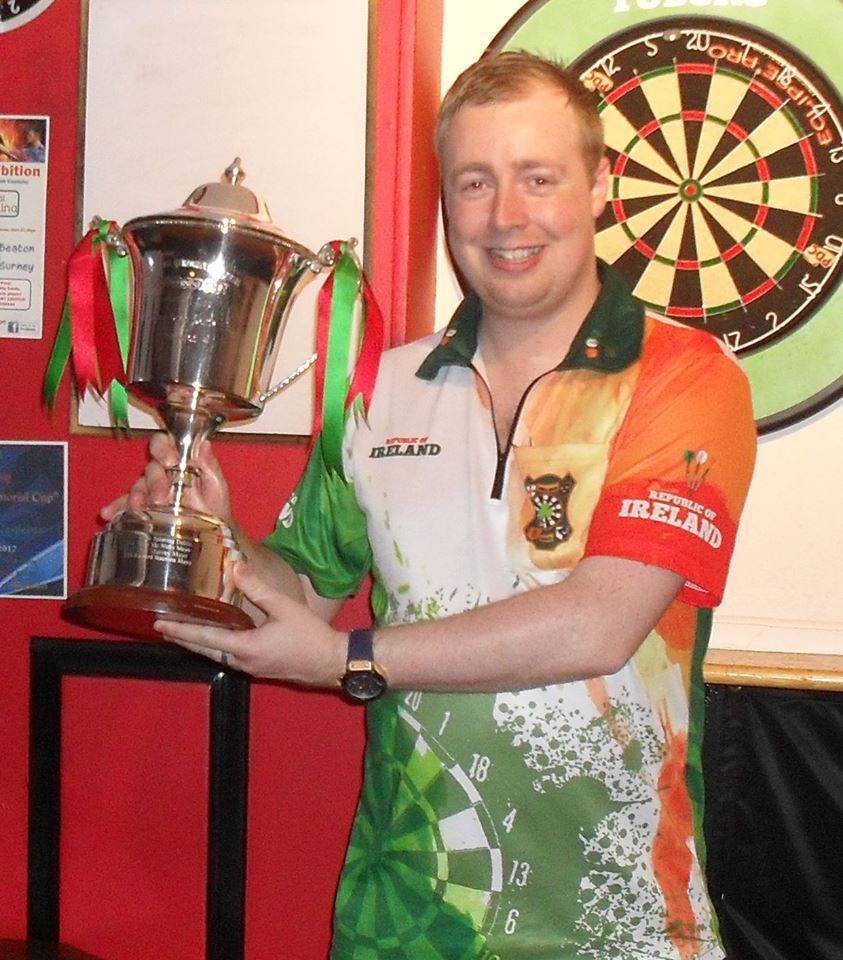 Martin Heneghan from Roundfort has come up against professional darts players competing in virtual darts tournaments in recent weeks.

“This has opened up a new world of darts for me. Now I can play in tournaments with players from all over the world as opposed to travelling away for tournaments. It is opening our field a lot more and I’m playing more darts than ever before, all from my own home. If you lose, you can sit back down and relax, which is great.”

Martin, who works for Western Care, did not rule out taking his game to the next level by getting involved with the pro game in the future but admitted it would be a big step up.

“Here in the West of Ireland, a lot of people can’t get to see just how good you are. When you play online, there is more exposure and it has given me a bit of a spotlight playing against players like Chizzy. I’ve played Chizzy twice now and that is a good experience for myself to play against players of that calibre.” 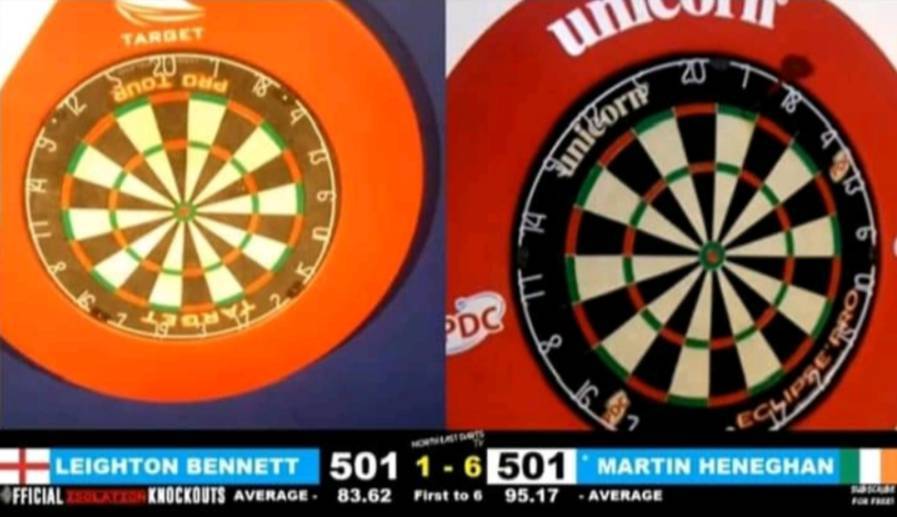 A snapshot of the virtual dartboards during a match between Mayo’s Martin Heneghan and Englishman Leighton Bennett.

Is lockdown darts here to stay, even when the pubs reopen in the future? For its practicality and convenience, David and Martin both think so.

“You would never have played a game online before this,” said David. “I think it will be a long time before darts are back in pubs again. There’s no way you could get a group of seven lads on your local team in to practice all while maintaining social distancing.”

Martin said: “This is definitely something people would keep doing, even if the pubs opened up again tomorrow morning. I’ve played in tournaments with 128 players and not left the house. I can still be here to go to work in the morning.”