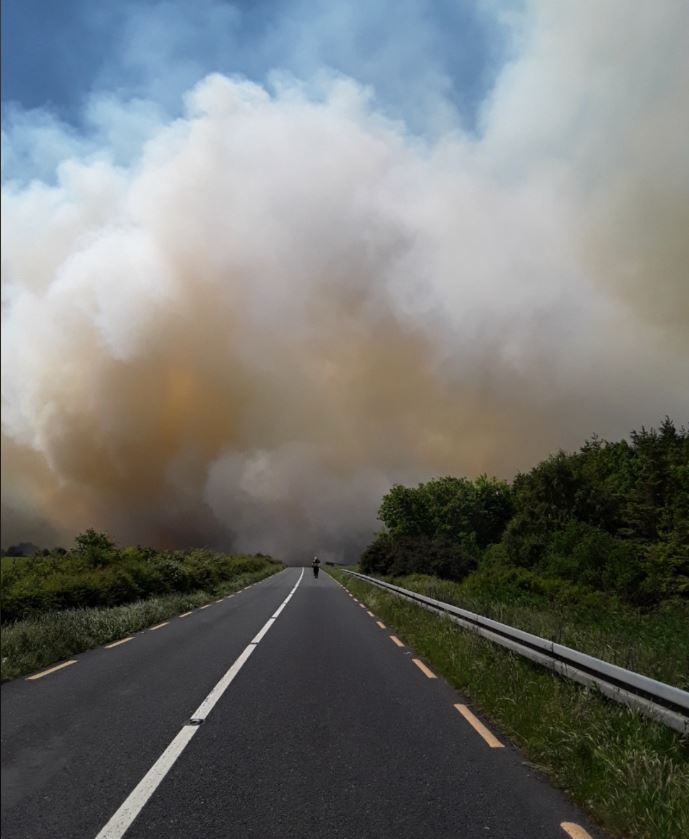 The N59 was closed to traffic at Culleens in west Sligo two days ago due to a nearby forest fire.

Just two days after it had to be closed due to smoke from a nearby forest fire the N59 at Culleens in Co Sligo is subject to traffic management again today.

The road is currently down to a single lane at Culleens and a stop go system in place until further notice.

The west Sligo area has been plagued by gorse and forest fires since the bank holiday weekend with the Culleens and Dromore West areas particularly impacted.

The Cathaoirleach of Sligo County Council Councillor has paid tribute to the Sligo Fire Service personnel who have been working around the clock to keep the blazes at bay with the support of their colleagues in the Mayo, Leitrim and Donegal fire services.

Sligo Co Council is today warning motorists travelling to or through Culleens on the N59 to take extreme care as visibility is poor at this location due to ongoing fire smoke.