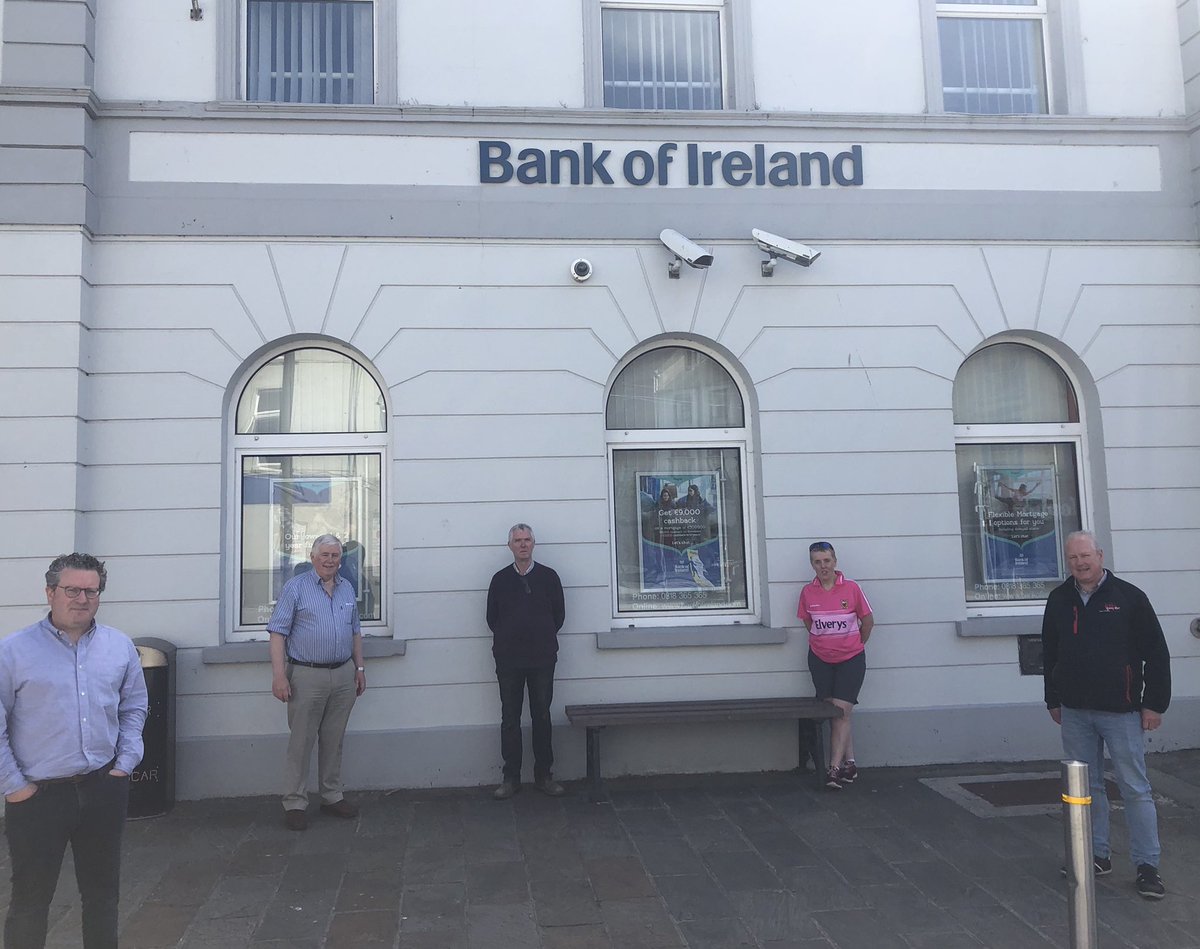 Ballyhaunis locals and businesspeople have launched a campaign to get their Bank of Ireland branch reopen.

A surge in online banking is not helping the future of Mayo’s four Bank of Ireland branches temporarily closed due to the pandemic.
Despite protests from businesses in Ballyhaunis, one of the 101 branches closed, there is no indication from Bank of Ireland management that the outlet will ever reopen, with the emergence that online banking and contact centres have seen a large increase in use in recent months.

A spokesperson for Bank of Ireland has told the Western People that the closed smaller branches had seen a “sharp drop in usage” before the closures and the decision to shut them “also supported social distancing which can be better maintained at our larger locations”.
Ballyhaunis is just one of four branches closed with Ballinrobe, Charlestown, and Kiltimagh also affected. Headford, Dunmore and Ballymote are also closed in this region.

“Our focus right now remains on protecting the prioritised services across 161 branches, telephone and online banking. Social distancing requirements remain in place, and there is no clarity as to when they will no longer be required,” the spokesperson continued.
“We’re also continuing to see shifts in customer behaviour towards online banking channels. We, therefore, cannot be definitive regarding our next steps at this stage however we are closely monitoring all developments.”

President of Ballyhaunis Chamber of Commerce Tom Forde accused the bank of reneging on its 2018 promise made during Enterprise Week where it said it would continue to provide the town with a full banking service only to get rid of a cashier service a short time later.
“Of course there is less footfall because people can’t go in and do their basic banking there. They are sending people from Ballyhaunis to other towns.”
Mr Forde said the Chamber of Commerce had attempted to engage with bank management on a number of occasions in recent years but with no success.