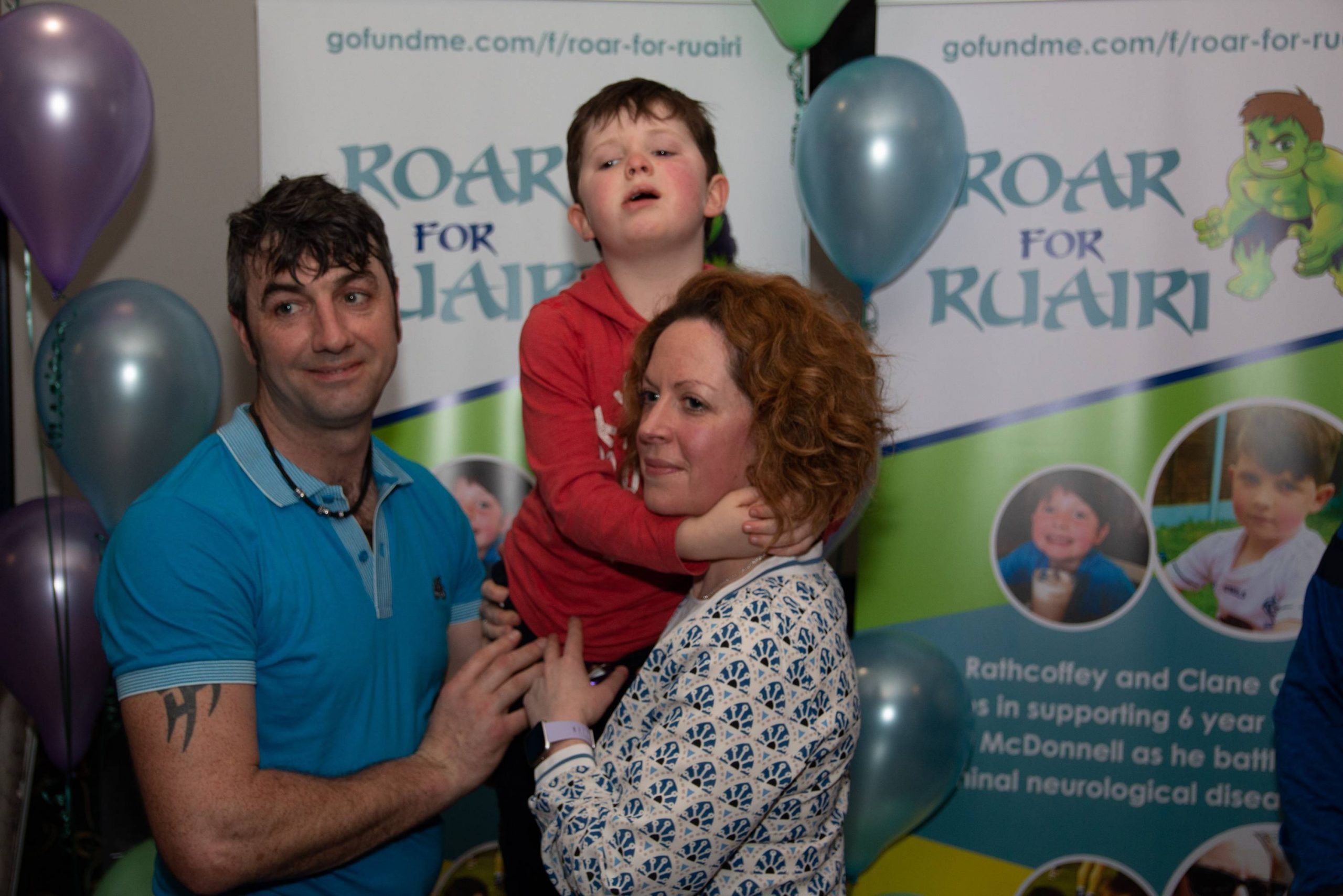 Six-year-old Ruairi McDonnell with his dad Martin, a native of Ballycastle, and his mum Ruth.

The players and members of Ballycastle GAA Club are doing their bit to support the Roar for Ruairí, a fundraising effort to support a young boy with a rare neurological disease, by walking a combined distance of 490km this week.
Ruairí McDonnell is a six-year-old boy from Clane in Co Kildare. His father, Martin, is a native of Ballycastle and a former club player who now plays with Rathcoffey GAA Club in Kildare. The distance from one GAA club to the other and back again is exactly 490kms, and that is the distance the Ballycastle players are aiming to cover before the deadline for the challenge arrives on Sunday.
Ballycastle football John Carey is one of the organisers of the fundraiser.
“We just wanted to raise as much money as we can for a very worthy cause,” said John. “We’re challenging the players and the community to run, walk, even cycle if they want, to cover the distance by the end of the week. Then they post it on social media and donate to the Roar for Ruairí GoFundMe page.”
As of Friday afternoon, the fundraiser had covered approximately 320kms of the 490km total, and John was hopeful that one last kick over the weekend would see the target reached by Sunday. They have also raised nearly €1500 of their €2500 target.
“Hopefully over the weekend we can get that amount up. A lot of the community have got involved which has been great,” said John.
To support the Roar for Ruairí campaign, visit: https://www.gofundme.com/f/ballycastle-gaa-roar-for-ruairi?utm_medium=copy_link&utm_source=customer&utm_campaign=p_lico+share-sheet