O’Shea: Lockdown may be a ‘blessing’ for Mayo’s injured stars 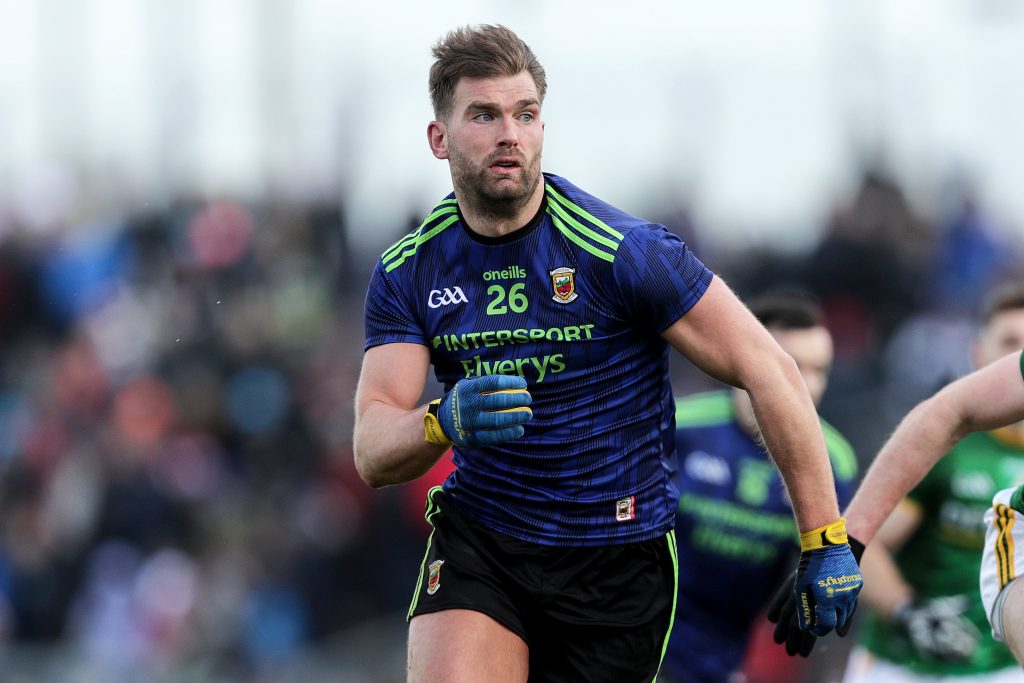 Aidan O’Shea has said the enforced break to the GAA season caused by the Covid-19 pandemic could yet prove a ‘blessing’ a number of players in the Mayo squad who have time to return from long-term injuries while the season is suspended.

A number of Mayo players, including the likes of Jason Doherty, Colm Boyle, Donal Vaughan and Mattie Ruane, would have been in a race against time to be fit for Mayo’s championship season had it progressed as originally planned, but with the resumption of inter-county football now pushed back to October at the earliest, Mayo should be back to full strength when the time comes to return to action.

“Some people are in different stages, some players would have been disappointed to have had to stop in the middle of their season. Then we have some players who were coming back from injury and it probably suits them,” said the Breaffy clubman.

“Some guys who were getting game time were in good positions, but now you have guys coming back from injury who probably see this as a blessing for them.”

O’Shea, who is captaining Mayo in 2020, said that the longer the lockdown has extended, the more challenging it has become to be away from the usual routine of playing and training as a collective.

“The first couple of weeks were fine because it just felt like a break, and you were still thinking that this will just be for a couple of weeks. Then the realisation came that this is going to go on a bit longer than we first thought and after a couple of weeks you’re starting to crack up a little bit in the house, in terms of the whole isolation piece,” he said.

“We’re not unique, everybody was doing this, but the fact that you’re not meeting 30 or 40 people five times a week. To go from that to working out in the house or running between home and the park is a big change.

“Just not having the outlet to be able to train with the lads has been a bit surreal. I haven’t not trained in any capacity like this since I started playing football,” he continued.

O’Shea was speaking as part of AIB’s re-release of ‘The Toughest Trade’ GAA series on Virgin Media.