A conflict in legislation continues to frustrate the long-standing campaign for a plebiscite over the correct spelling for the west Sligo town of Enniscrone. 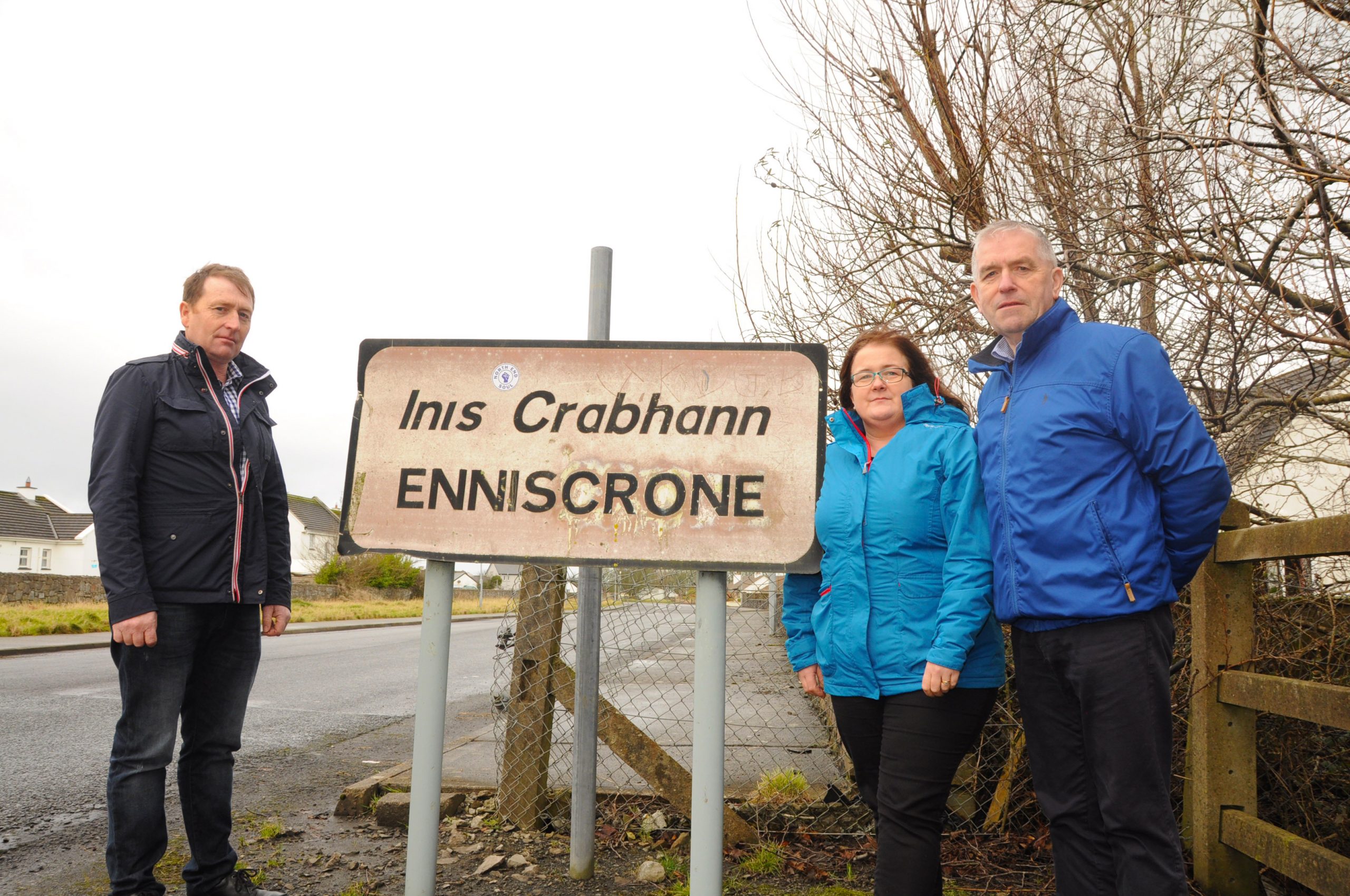 David Tuffy, Anne Gilroy and Tony Connaughton are members of the Enniscrone Placename Committee that has led the campaign to have the preferred spelling of the town’s name decided by plebiscite. Pic by John O’Grady.

The campaign has been run by the Enniscrone community which wants to see the town’s name officially recorded as the most widely- recognised and preferred version – Enniscrone – rather than the current official spelling of Inishcrone.

Locals argue that the appearance of the latter version on road signage in recent years has caused huge confusion in relation to the town’s identity which in turn is impacting local business and the town’s tourism industry in particular as visitors struggle to differentiate between the two versions of spelling.

Similar clarification is being sought for the Irish language spelling of the name.

Sligo-Leitrim FG TD Frank Feighan sought an update on the requested plebiscite in the Dáil this week, stressing that the people of the town still want an opportunity to decide the matter themselves by way of a vote.

Speaking to the Minister for State at the Department of Housing, Planning and Local Government, Mr John Paul Phelan, Deputy Feighan noted that a commitment had been given to the people of Enniscrone that the plebiscite would be facilitated once the required legislation was in place.

“We were very close to getting the required legislation in place earlier this year and I now want to know Minister if this particular place name issue, which is causing so much confusion and annoyance, will receive its fair attention if a new Government is formed next month?”

Minister Phelan replied that while the issue is suited to being decided by way of a plebiscite, the matter is being delayed due to a conflict in legislation.

The Department of Heritage, Arts and Gaeltacht, which deals with the official languages legislation, has yet to provide an update as to where it stands in relation to a review of the law to ensure that the plebiscite can be put to the people of Enniscrone, he explained.

Why Mayo are among the industrialists of Gaelic football

No evidence that Mayo could fall victim to Sligo ambush