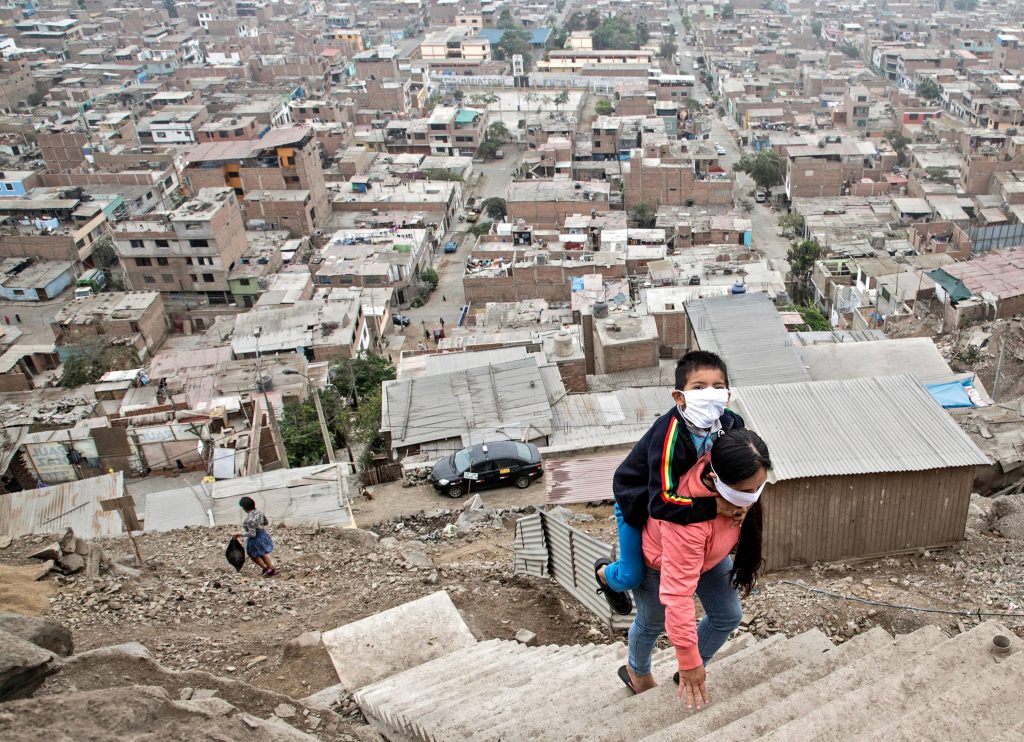 Marlith Mori returns to her home on the heights of the Vista Alegre shantytown of the Comas district in the outskirts of Lima, carrying her impaired son Jeyson who attends daily therapy at a nearby medical facility. Picture: Getty Images

Latin America has become the latest Covid-19 hotspot with an alarming surge in cases.

Mayo priest Fr Eddie Rogan, is a missionary in Peru. The Ballina man arrived in his new parish in Lima earlier this year and has seen first-hand the devastating impact of the virus.

“I only arrived in Lima as a missionary in mid-January. I had no sooner got my toe in the waters of my parish in a place called Villa El Salvador when the coronavirus pandemic struck,” Fr Rogan told the Western People.

A 47-year old priest in his parish became the first person in Peru to be hospitalised for Covid-19 back in March.

Peru has been in lockdown since March 16. The country closed its borders, and Fr Rogan managed to get back into Peru just one hour before the shutdown having returned to Ireland for the funeral of his brother-in-law.

Despite being one of the first Latin American countries to enter lockdown, Peru now ranks second only to Brazil in Latin America with more than 99,000 cases and a death toll of almost 3,000 according to official figures published last week.

The virus has spread to all regions of Peru with Lima and its poorest citizens the hardest hit.

“As the days have gone by, the daily figures for the spread of Covid-19 in Peru have made grim reading. The impact of the virus on Lima’s poorest people and communities, in particular, swiftly surpassed the government’s ability to control it,” Fr Rogan said.

The death toll has seen bodies being piled outside hospitals while many poor Peruvians do not have enough food to eat. 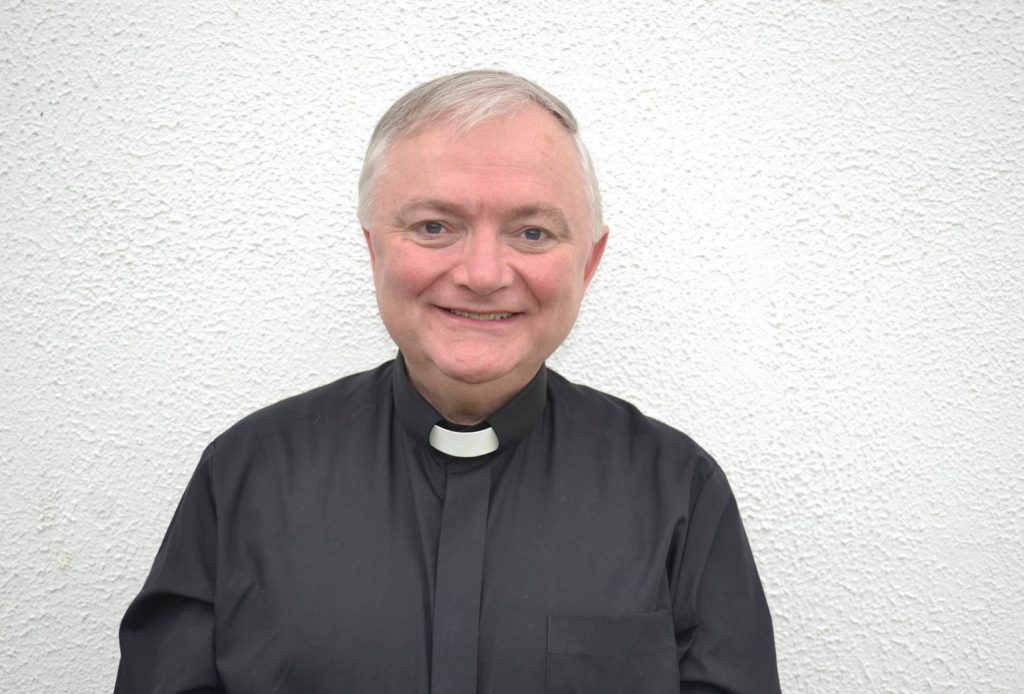 Mayo priest Fr Eddie Rogan is a missionary in Peru’s capital Lima. The poorest people in the South American nation are being devastated by the impact of Covid-19.

“Mounting deaths recently forced a Peruvian hospital to pile bodies outside. Other hospitals have had to treat patients outdoors because they did not have enough beds. In the country’s Amazonian region of Loreto, doctors recently said that Covid-19 patients were dying at a rate of one per hour amid a severe shortage of oxygen tanks.

“In a recent survey, I am told, 51% of people said they were more afraid of dying of hunger than of dying from the virus. Some people, here and elsewhere in Latin America, who are without food have started putting white flags in front of their homes to convey the message that they need food.  As one Peruvian woman said to me today, “There is a mountain of people in Lima who are right now suffering hunger,” said Fr Rogan.

The crisis situation is further complicated by the thousands who have been fleeing hunger, disease and poverty in Lima.

“The Peruvian news media have published many scenes of needy families and other groups defying the quarantine and even sleeping on roadsides in their attempt to catch a lift to their places of origin, which are often hundreds of miles away in the Peruvian mountain, jungle or coastal regions.

“As the situation has deteriorated over recent weeks, the numbers desperately seeking to escape the Lima district and return to their communities of origin have increased. Small caravans of people set out, mostly on foot. In one case a mother, for whom the journey proved too much, died with her child in her arms,” Fr Rogan said.