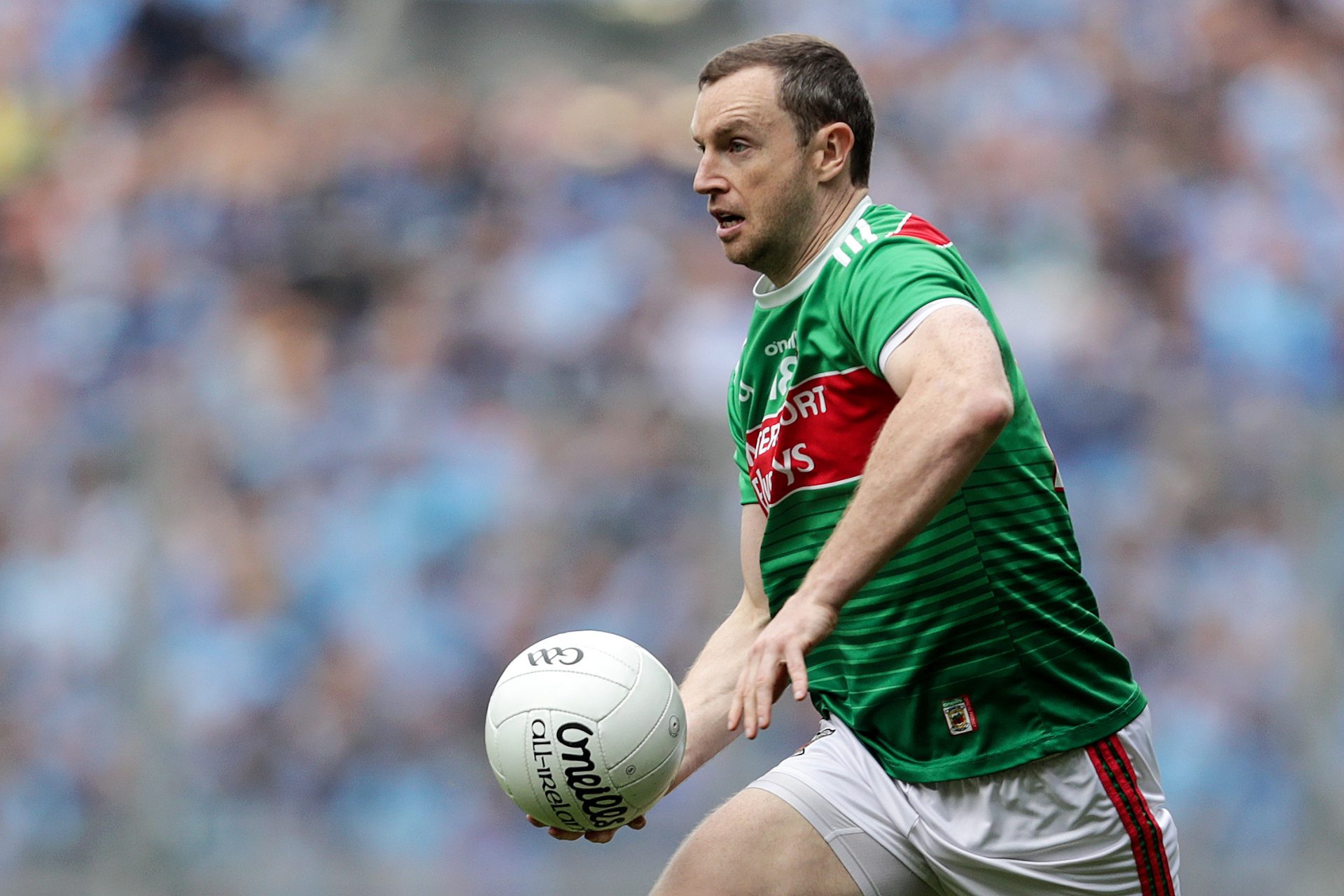 Keith Higgins said the prospect of games behind closed doors would hold no great appeal to him. Picture: INPHO/Laszlo Geczo

Mayo footballer Keith Higgins has said the idea of playing championship games behind closed doors would hold no great appeal to him but accepted that it may be a necessary evil in order for an inter-county championship of some description to be played in 2020.
Ballyhaunis clubman Higgins said the example of the German Bundesliga, which has resumed in empty stadiums in recent weeks, hadn’t filled him with confidence that GAA championships without live spectators could live up to the real thing.
“The theory is there that it’s better than no games,” Higgins told Darragh O’Connor on The Sideline View podcast. “But watching some of the Bundesliga there behind closed doors, it just felt like an overrated challenge game or training game. There was no real intensity to it.
“You can’t rule anything out at this stage, we’ll take what we can get I suppose, but realistically you wouldn’t want to be playing an important game behind closed doors, you’d want some kind of atmosphere. But we can’t be too picky at this stage.”
Whether any championship will be played in 2020, behind closed doors or not, remains very much in doubt. Any return to play will need to be reconciled with social distancing rules and GAA President John Horan has already ruled out any inter-county games being played until October at the earliest.
“It was a bit of mixed reaction I suppose,” said Higgins of the response to Horan’s announcement.
“When he came out and said it first, you were thinking at least we have an idea of when we are going back. You need that bit of positivity and something to look forward to, even though October seems a long way away.
“People are coming out looking for clarity around things but it’s difficult, you just don’t know how things are going to react. We just have to play it by week at this stage and see how things go, just keep going and bear in mind that we will have something maybe in August with the club.”