Did you hear the one about the 13 Mayo men who decided to cycle to the top of Mount Everest? 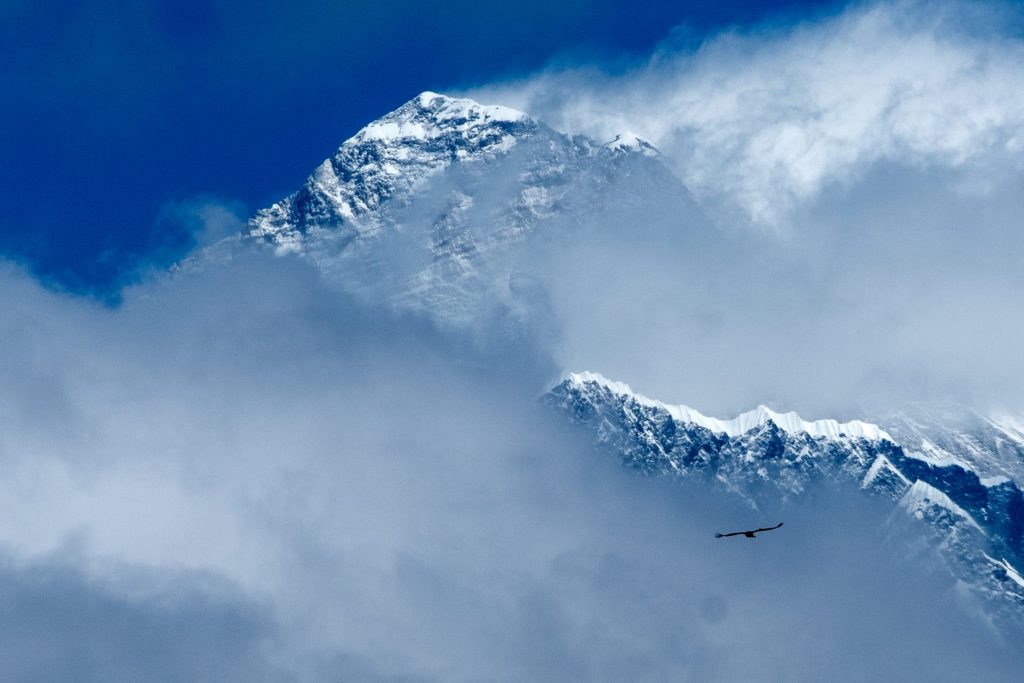 At 8,848 metres high, Mount Everest will take 13 Mayo cyclists about 14-hours to conquer.

No, that isn’t the opening line of a bad joke, more like a little stretch on what is still a quite remarkable truth.
If they could cycle up Everest they probably would but for now, it’ll be all a baker’s dozen of Mayo men can do to imagine that they’re pedalling their way up the world’s highest mountain, when they undertake a quite monumental challenge next Saturday.
The brave group of cyclists from North, South, East and West of the county will attempt to ascent 8,848 metres virtually, in aid of Croí, the West of Ireland’s leading heart and stroke charity.
Using the Zwift virtual cycling application, which will enable each cyclist to connect their bike to a smart trainer which will emulate the gradient of the slopes, the 13 men will put might and main into a virtual ride with the aim of completing the ‘vEveresting’ challenge in around 14 hours.
Beginning their mission at 5am next Saturday (May 30), to replicate the gradients of Everest, which, of course, cannot be navigated by bike, the course they will ride instead is Alpe du Zwift, the virtual mountain considered to be the longest, hardest and most intimidating of all the climbs available on Zwift.
There’s over 1,000 metres of climbing on Alpe du Zwift so the cycling collective will hope to conquer that course over nine times in order to have scaled Everest.
The Mayo cyclists preparing to put their hearts into the virtual ride are: Alan Concannon, Belmullet Cycling Club; Darragh Delaney and Eoin Waldron, Annagh Wheelers; Aidan Gill, Keith Mulroy, Rob Flynn, Bryan Hyland, Tom Bourke and Aidan Campbell, Westport Covey Wheelers; Colin Loughney, Janis Blinovs, Kieran Heneghan and Padraig Marrey, Western Lakes Cycling Club. 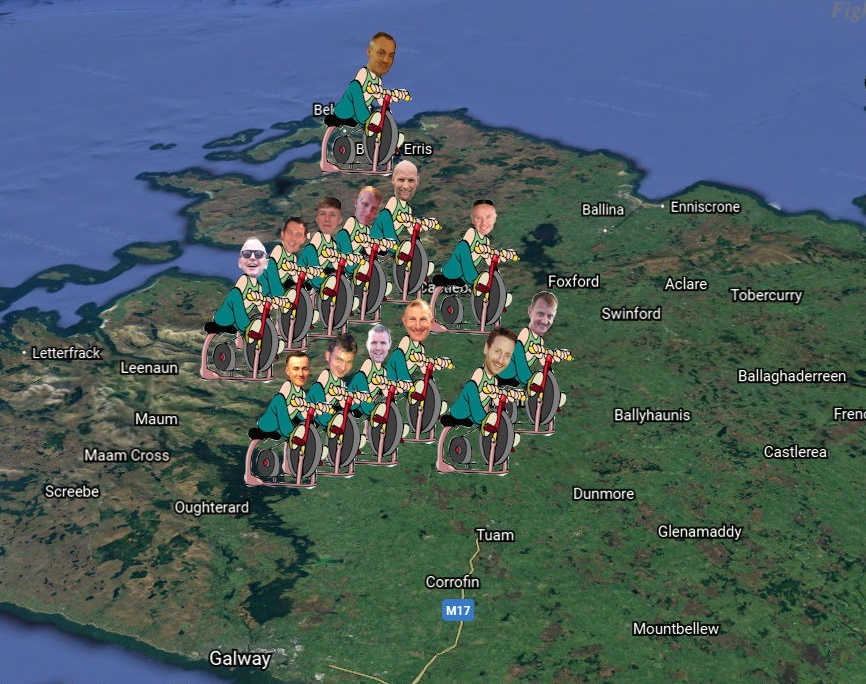 “The weather has been abnormally good for the time of year, so for cyclists who are used to logging daily spins in excess of 100k it’s the equivalent of a kid being stuck in a sweet shop and not been allowed to take a sweet,” said Padraig Marrey, a man anything but unfamiliar to out of the ordinary challenges involving mountains.

In 2011, he led a team of 14 to break the world record for the most metres climbed in 24-hours when they scaled Croagh Patrick twelve times in 24-hours.

He explained that this latest challenge was dreamt up between “a select group of hardened and mad-in-the-head cyclists” after they spent the last number of weeks racing in weekly leagues from their own homes.
“It sounds crazy but with a bit of planning and a lot of suffering the thirteen Mayo riders will have raised a lot of funds for Croí Heart and Stroke come next Saturday evening,” he said.
It’s believed it is the largest assembly of cyclists ever to attempt such a feat virtually.
Donations to Croí can be made on the ‘Everesting’ JustGiving page.