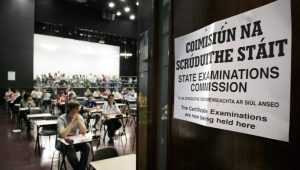 After months of uncertainty and worry over how the Leaving Cert would be accommodated in the middle of a global pandemic, a decision was finally made to alter an examination system that has been in place for decades.
Minister for Education Joe McHugh announced the cancellation of the exams to exclamations of shock, relief, anger and surprise from thousands of students and parents across the country.
Students will be given the option of getting a ‘calculated grade’ based on their work to date in consultation with teachers, school principals and a special unit in the Department of Education and Skills, which will finalise the grades for each student and then issue results ‘as close as possible to the traditional date’.
Up to last week, Aoife Brennan, a Leaving Cert student at Mount St Michael Secondary School in Claremorris, had continued to study for the exams, which were initially believed to be starting in late July. 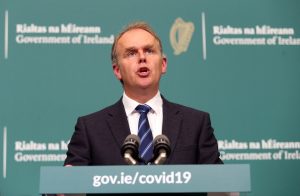 Reacting to Minister McHugh’s announcement, Aoife said: “Initially, I was shocked when I heard the exams were cancelled. I think we always knew that it was a possibility, but it definitely took me by surprise to hear the sudden announcement. I was relieved to a certain extent as we finally got the clarity we had anxiously waited for. However, personally, I was disappointed as I had wanted to sit the exams.”
Despite this, Aoife, who hopes to study Primary Teaching in Limerick or Dublin, said when the plan was outlined for this year’s Leaving Cert, she felt it was fair.
“I think the predicted grades, with the opportunity to sit the exams at a later date, is the fairest option. I think students who have worked consistently over the last two years will be rewarded for their effort.”
Up to this time, teachers in schools across the country had come up with new and innovative ways to engage with their students. The teachers in Claremorris were no different, using digital technology to teach their students.
Aoife said: “Thankfully, a lot of us, but I am aware not all, have access to online communication with our teachers through email and online classes. However, it is certainly not the same as being in a classroom. We were missing out on the personal touch to learning, having your friends and teachers beside you, motivating you. There are also far more distractions at home, having your family around you, your phone and the nice weather recently.”
Aoife said her teachers undoubtedly have been the driving force in maintaining concentration.
“They are extremely considerate, assigning a manageable amount of work and ensuring we continue to progress as best we can. They have been so supportive in terms of keeping us motivated and going above and beyond preparing us for the exams as if we were in school but also in realising that our well-being is what is most important. Each of them have been so considerate, never failing to offer their advice and support. They have done everything they possibly can to make it easier for us.” 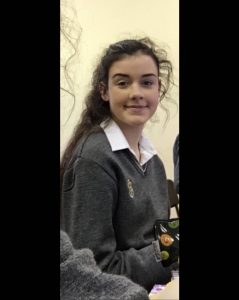 Aoife Brennan, a student at Mount St Michael Secondary School in Claremorris, was due to sit her Leaving Cert exams this summer.

Modern technology has been very useful.
“We communicated with the teachers through email, Google Classroom and online classes. My teachers used Zoom and Google Meet for teaching.”
While video calls are not the same as being in a classroom environment, they are very helpful.
“They gave us the opportunity to listen and ask questions, and being able to see the faces of those we saw so often also helps in realising that you aren’t the only one in this situation.”
The uncertainty also added stress in an already difficult situation.
“I suppose there is a slight sense of apprehension in relation to college and the speculation as to when first years will get to start. This is certainly not the situation any of us had anticipated being in just months before we were due to start college. For those students who are still unsure about what they want to do after the exams, the quick turnaround may add extra worry to their situation.”
Throughout these times of isolation, it is also important for our younger generation to stay in touch.
“Obviously, we are lucky that we live in an era dominated by technology and I really do think we would be lost without it. I can stay in touch with my friends through the various social media apps but also through email when dealing with school work. I find this beneficial because you get to hear the opinions of others and work together while staying apart!”