Mayo’s Aussie arrangement was always doomed to come to this 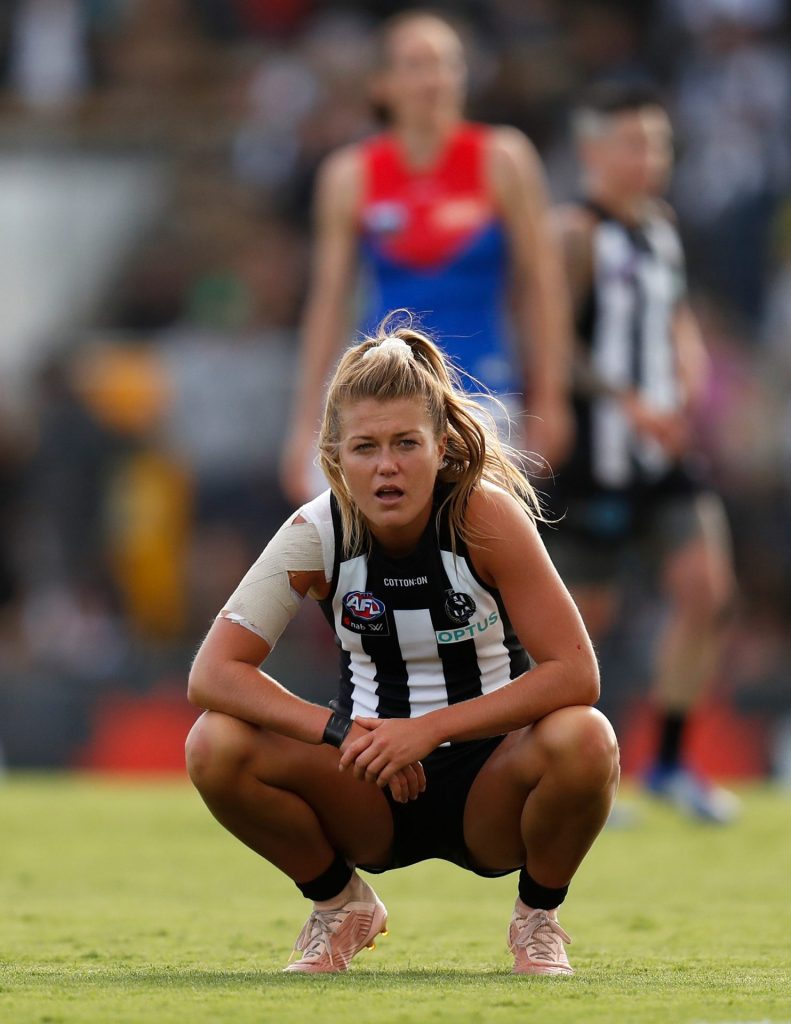 Sarah Rowe may have some thinking to do if she wishes to return to Australia for a third season of the AFLW, judging by the comments of Mayo football manager Peter Leahy.

It’s reassuring, in a way, to know that a small inconvenience like the cessation of all playing and training activities was never going to be enough to prevent the groundswell of controversy within the walls of Mayo ladies football.

On Midwest Radio’s Sunday Sport with Michael D McAndrew, Mayo ladies manager Peter Leahy laid out a direct ultimatum to the four players in his senior squad who played in the AFL Women’s League this year, and an indirect one to any of the other squad members who might have had ideas of following them. His message was this: choose.

“We’ve made a decision that anyone who wants to go to Australia or whatever, we’d have to omit from the panel and carry on regardless because (it’s) what’s best for Mayo,” Leahy told Michael D.

There’s a fair bit to unpack there, not least the heavy implication that the players who do choose to go and play AFL from here on out don’t really “believe in Mayo.”

Leahy is right in saying that the dual player is effectively a thing of the past in both men’s and ladies’ GAA, but it’s not correct to describe those ladies footballers who have played AFL as dual players, at least not in the conventional sense of the word. They don’t play, or attempt to play, two sports at the same time. They play AFL from November to March, and GAA from April to September.

Then there’s the crux of the thing, the main reason Leahy and his management team have cited for introducing this new rule: because it’s “what’s best for Mayo.”

Speaking to Midwest, the Westmeath native expanded on this theory by saying that if Mayo are to seriously contend for an All-Ireland title in the next couple of years, they will need all of their players training collectively through the winter and playing together in the National League. This year, Mayo were without four of their key players – Sarah Rowe, Aileen Gilroy and Grace and Niamh Kelly – for the league before it was interrupted.

Leahy also made an example of one of Mayo’s rival counties when justifying the new rule.

“There’s a reason why none of the Cork players go to Australia; because every time they put on a Cork jersey, they want to win everything and genuinely believe they can win everything,” he argued.

A cynic might say that Cork was a handy country for Leahy to choose to frame this point; it is true that no Cork players have gone to the AFL, despite offers undoubtedly having been made. It’s also true that Cork didn’t reach the All-Ireland final last year (they, like Mayo, lost at the semi-final stage) and that the two counties that did make the final, champions Dublin and runners-up Galway, both sent players to the AFL this past winter. Dublin’s Niamh McEvoy and Sinead Goldrick both played for Melbourne, while Galway’s Mairead Seoighe played alongside Gilroy at North Melbourne. Neither of those counties have introduced this sort of ultimatum, at least not publicly. 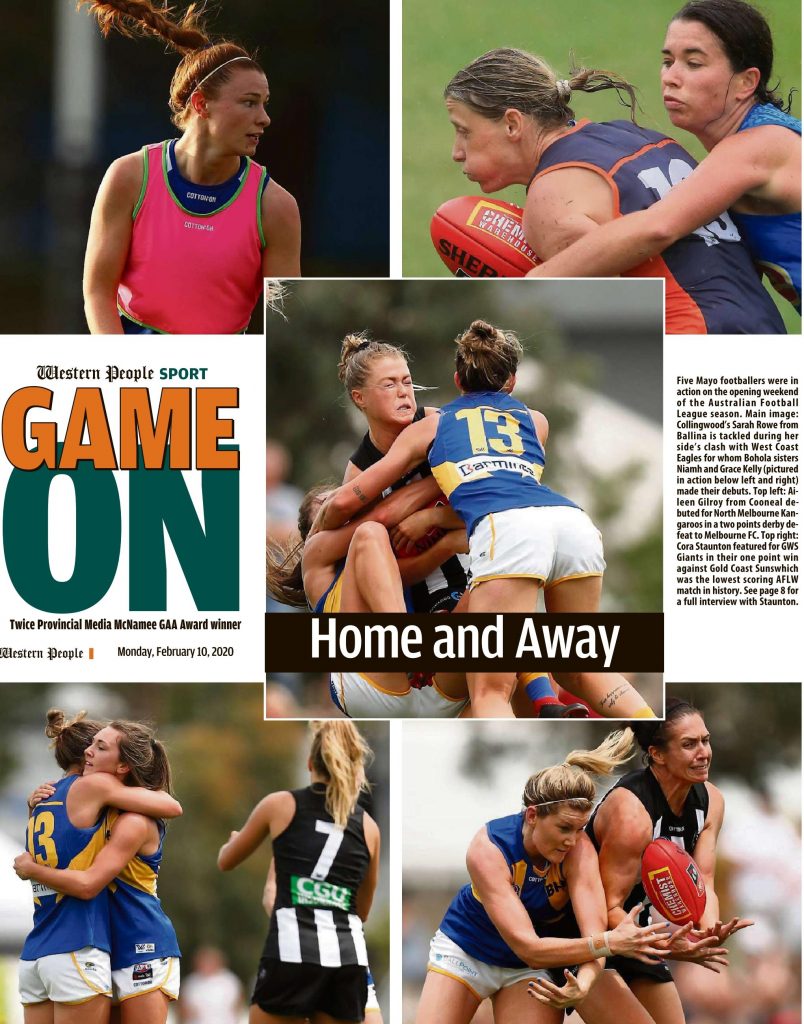 How the Western People reported the involvement of five Mayo natives in this year’s opening round of the Australian Football League.

Clearly there is a difference between being without one or two players for the first few months of the season and being without four. And with the way the numbers of Irish ladies footballers being recruited by AFL clubs has been increasing in recent years, hindsight might prove Leahy to be prescient and astute by getting out in front of the issue now. If nothing else, he has acted decisively.

And, as has been pointed out online this week, if we are to apply the same standards to men’s and women’s sport then Leahy is only doing what any reasonable manager would. The AFL men’s season runs from March to September so it would be physically impossible for a male GAA player to play both codes in one year, but in a hypothetical world in which it could feasibly be done, Dessie Farrell would never let Ciaran Kilkenny or Paul Mannion off to Oz for a few months. James Horan wouldn’t let Aidan O’Shea or Lee Keegan go and play AFL. Not if they wanted to play for Dublin or Mayo in the same year, at least.

It’s an imperfect comparison to make in many ways but the principle is a solid one – it has been the best of both worlds for the ladies footballers for the last couple of years and things were always likely to come to a head eventually. Perhaps it was inevitable that it would be Mayo, with four players in the AFL, where the lines were drawn.

It could be argued that the management’s decision on this is only fair to the panel as a whole – a player who slogs away in winter training and gruelling league games doesn’t deserve to lose her spot come championship when the stars come home from Australia. But in taking this stand, and doing it publicly, Leahy has risked isolating four of his most important players, less than two years after the split which almost ripped ladies football in the county apart. We may have to wait a while to see how it all unfolds, but it’s a major gamble either way.