Mayo gardaí embark on epic fundraising venture in the morning 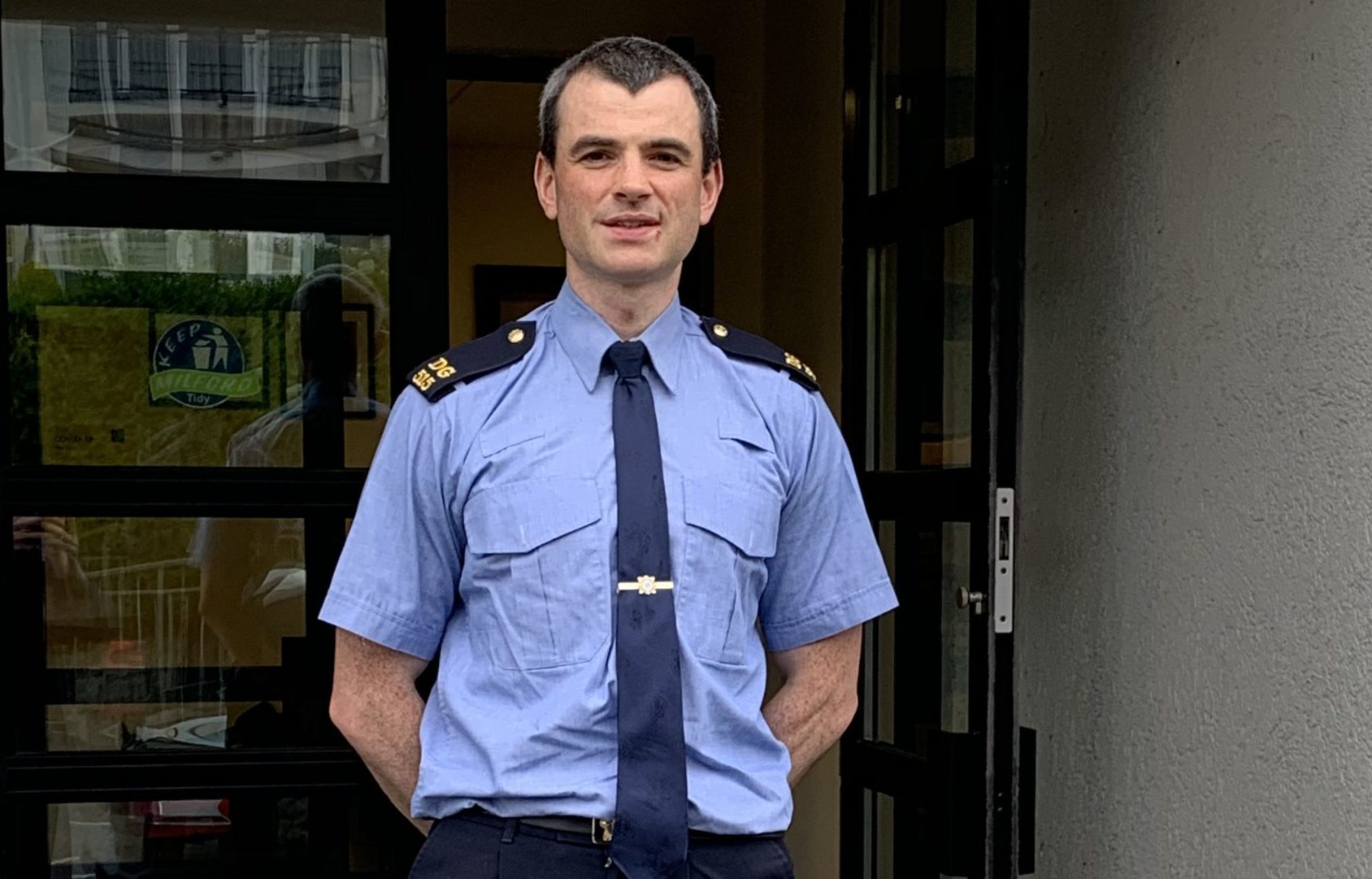 Knockmore native Kieran Langan, a Garda stationed in Milford, Co Donegal, will walk 100,000 steps in 24 hours this Saturday to raise funds for the Make-A-Wish Foundation.

Knockmore native Kieran Langan is embarking on a remarkable fund-raising effort tomorrow (Saturday) morning. Kieran, a Garda based in Milford, Co Donegal, is aiming to walk 100,000 steps in a 24-hour period to raise funds for the Make-A-Wish Foundation, the charity which grants wishes to children with life- threatening medical conditions. Having already raised €5,230, Kieran has exceeded his original fundraising target of €5,000.

He will undertake the challenge alongside his colleague in Milford Garda Station, Garda Mark O’Sullivan from Claremorris. The duo will set off from the Garda Station as the sun rises tomorrow morning at approximately 5am and will walk the 100,000 steps on a 3.3km loop to adhere to the guidelines on movement. The 100,000 steps equates to approximately 76km, or the equivalent of two full marathons. They will repeat the loop 23 times to cover the distance.

Kieran, a well-known senior footballer with Knockmore GAA Club, has a good level of physical fitness but has never undertaken a long-distance challenge such as this.

“I’m not an experienced marathon runner and it is a lot of steps,” he said. “If I was to do it without stopping it would take 12 hours, but we will have to stop at certain stages to take on fluids and food and so on, so it could take anything between 13 and 15 hours, depending on the pace and the conditions.”

Kieran said he was inspired by the number of people taking on fund-raising challenges for worthy causes in recent months and said he chose to raise funds for Make-A-Wish because they are being particularly affected by the lockdown. He is also encouraging members of the public to get involved in the challenge by walking part or all of the 100,000 steps in their own locality on Saturday.

“The Make-A-Wish charity resonated with me a bit. I was speaking to a lady that looks after their fund-raising and she was telling me that there are 90 kids on a waiting list for a wish this year. That’s all been put on hold because of Covid-19,” he said.

“I was lucky as a young fella in that anything I ever wanted, I got, but these kids unfortunately aren’t in the same position. Hopefully I can bring a small bit of joy to them by raising as much money as possible.”

Kieran has been based in Milford since March 2019, but the last couple of months have been the busiest of his stay by some distance. His working hours have changed and he is now doing 12-hour shifts, manning checkpoints to ensure drivers are adhering to the restrictions on movements and trying to support the community in any way possible.

He is also trying to keep his hand in with his training. GAA activities have been suspended since mid-March and Kieran hasn’t been able to call home to Knockmore to see family or teammates, but he is doing his best to stay in shape to be ready if and when the season resumes.

“I like to keep fit at the best of times, so since lockdown I’ve been doing a lot of work on my own, whether that’s getting out running or doing a workout in the house or in the garden. I’m probably training more now than I ever was really, because on days off I have the time to do it. In that sense it’s been good,” said he.

“But I miss going home, I miss the lads and the banter we have in the dressing-room. It’s not the same, but in saying that, to be able to get up every day and do that bit of training is good for the body and the mind as well.”

Anyone wishing to donate to Kieran’s fundraiser can do so by visiting: https://www.justgiving.com/fundraising/100000stepsformakeawish