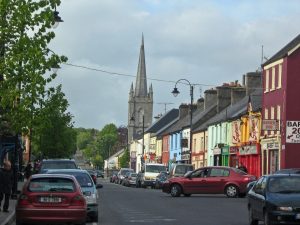 The tragic incident occurred in Claremorris in 2015.

A judge will hear evidence from a doctor as to whether a youth with a serious brain condition can be sentenced to prison, three years after he was convicted of a fatal stabbing.
Justice Eileen Creedon has asked that a treating doctor come to the Central Criminal Court in Dublin to provide an assessment of the youth’s condition. The judge has previously stated that the victim’s grieving family need “finality” and that the offender should prepare for a custodial sentence.
The 20-year-old offender, who cannot be identified for legal reasons, was found not guilty of murder but guilty of manslaughter in 2017 by a jury at the Central Criminal Court for stabbing 17-year-old Dovydas Jenkas to death in Claremorris, Co Mayo. Mr Jenkas of Mount St, Claremorris, died from a single stab wound in the early hours of December 19, 2015.
The jury heard that the defendant stabbed Mr Jenkas after learning he was in a bedroom with the offender’s 14-year-old sister.
Following his conviction, the youth underwent treatment for a brain condition and in July 2018 underwent a lesionectomy. His condition has been monitored regularly by the court since then but sentencing has been repeatedly postponed.