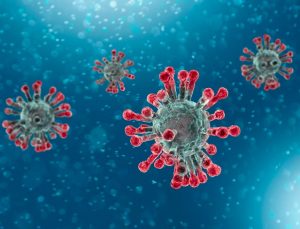 Eight of the approximately 45 deaths that occurred in Mayo as a result of Covid-19 occurred in one nursing home – Ti Aire in Belmullet.

Coroner Eleanor Fitzgerald, a GP based in Crossmolina, covers the north of the county. She revealed that 11 deaths had been brought to her attention as of last Monday with eight in the Ti Aire Nursing Home in Belmullet, two in Ballina District Hospital and one in the community.

All Covid-19 deaths must be reported to both the public health authority and the local coroner.

As of this evening, the total number of confirmed cases of Covid-19 in Mayo stood at 560, which means the death rate in Mayo is running at about eight per cent, significantly higher than the national average of 6.4 per cent.
The coroners confirmed that inquests will not be required in the vast majority of Covid-19 fatalities because a doctor has certified the cause of death.
However, in circumstances where there is a public concern in relation to a person who became infected with Covid, an inquest may be held, explained Mr O’Connor.
Concerns surrounding the deaths of Ballyhaunis student Sally Maaz and 79-year-old Jackie Carolan from Bellacorrick have been raised.
It’s understood that gardaí have received a complaint about the death of  Ms Maaz who contracted the virus at Mayo University Hospital while getting treatment for a long-term heart condition and the family of Mr Carolan has called for an investigation into why patients suspected of having been infected were cared for on the same ward as non-Covid patients.

Nurses at the hospital spoke out yesterday evening on RTE Radio 1’s Drivetime programme about the crossover between Covid and non-Covid patients at the hospital, alleging that the practice had continued up to this week.