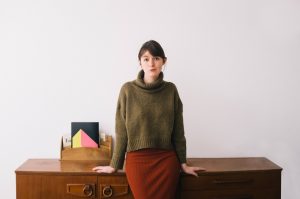 Mayo author Sally Rooney’s best-selling Normal People and her debut novel, Conversations with Friends, have generated an estimated €8.37m in book revenue here and in the UK.
That’s according to figures provided by Nielsen BookScan.
The TV adaptation of the Castlebar woman’s Normal People has been a runaway success and the book has jumped to the number one spot in the best-sellers list in the UK and Ireland — two years after it was first published.
RTÉ has confirmed that Normal People is breaking records both on RTÉ and worldwide, with the show amassing a staggering 1.5m streams on the RTÉ Player alone.
The broadcaster also received 49 complaints about the show, which featured the longest sex scene in Irish TV history.
Figures provided by Nielsen BookScan show Rooney’s two novels have enjoyed sales generating €6.97m in the UK and €1.4m here.
The figures reveal that Rooney’s Normal People alone has generated sales revenues of €4.92m in the UK and €1m in Ireland.
NPD BookScan also confirm that Normal People has sold 184,000 copies to date in the US, bringing the overall total of Rooney’s book sales in the US to 305,000 — and counting.
Typically authors earn just 1% of the net price paid by retailers to publishers as a royalty.