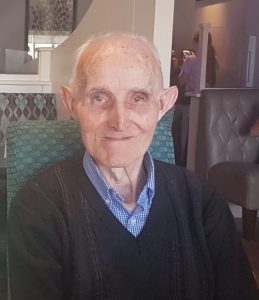 There was a special delivery mailed to a pair of football-crazy Ballina brothers last week.
The national lockdown caused by the coronavirus pandemic may be depriving Odhrán and Éanna Cloonan from visiting their granddad Jimmy Mhíci O’Gallachóir in Donegal, but Jimmy showed that he’s always thinking about them when posting a treasured piece of memorabilia from Mayo’s All-Ireland SFC Final victory of 1950.

The 91-year old lives in Gaoth Dobhair in the Donegal Gaeltacht but it was to see Mayo lift the Sam Maguire Cup for only the second time that Jimmy made his first visit to Croke Park all of 70 years ago. And it was while trawling through the treasure-trove of GAA memorabilia that he has amassed over the years during the current lockdown that he came across a photograph and poem that appeared in the Ballina Herald at the time, celebrating the magnificent achievements of the men in Green and Red.

Needless to say, Odhrán and Éanna, who have inherited their granddad’s love of Gaelic Games, were delighted to receive their little piece of history.
“The speed and skill of our gallant men, won the nineteen-fifty crown. We hope that in the coming years, they’ll never let us down,” wrote the author ‘Late Inspiration’ whose hopes were realised when Mayo retained their crown the following year. 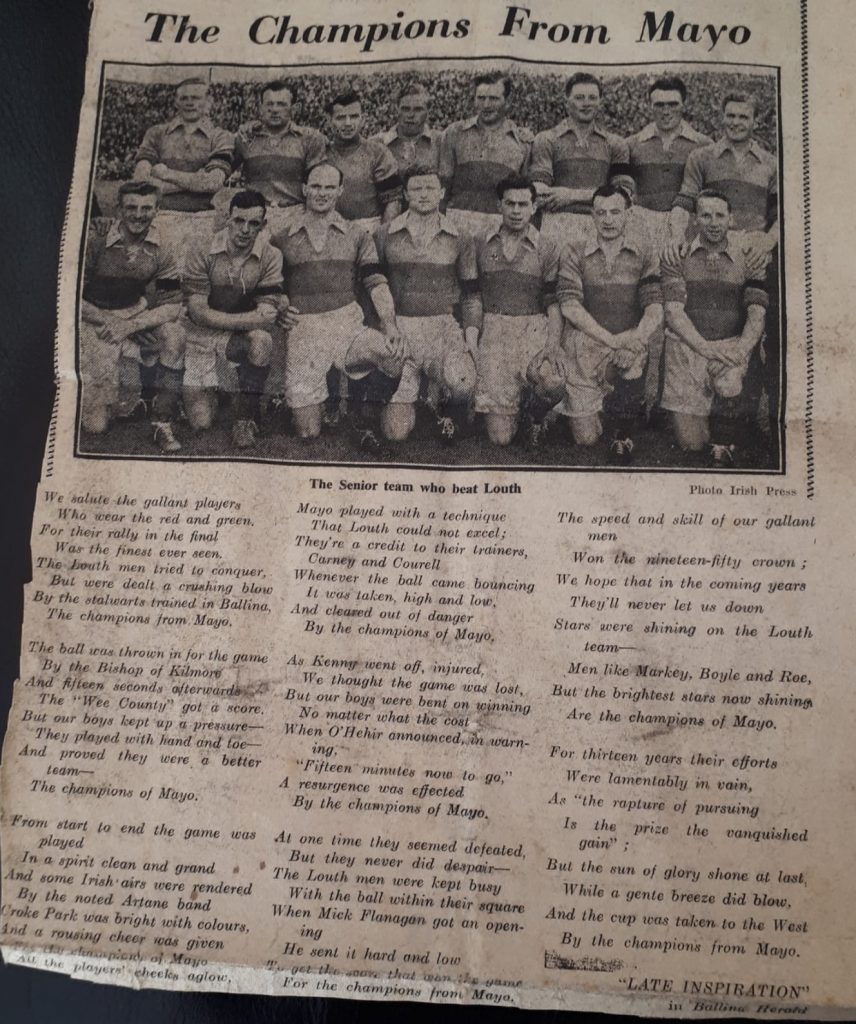 The Champions from Mayo

As Kenny went off, injured
We thought the game was lost
But our boys were bent on winning
No matter what the cost
When O’Hehir announced, in warning
“Fifteen minutes now to go,”
A resurgence was effected
By the champions of Mayo

The speed and skill of our gallant men
Won the nineteen-fifty crown
We hope that in the coming years
They’ll never let us down
Stars were shining on the Louth team
Men like Markey, Boyle and Roe
But the brightest stars now shining
Are the champions of Mayo

For thirteen years their efforts
Were lamentably in vain
As “the rapture of pursuing, is the prize the vanquished gain”
But the sun of glory sone at last
While a gentle breeze did blow
And the cup and taken to the west
By the champions from Mayo