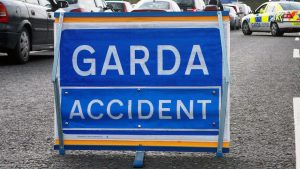 The tragic background to a fatal traffic accident were revealed at Castlebar Circuit Criminal Court yesterday when a female driver said the crash occurred after a toffee sweet became lodged in her tooth and removed a filling.

Ms Harrington told gardaí she was driving on the N5 at Carracanada, near Swinford, when a toffee sweet became stuck to a back tooth, removing the filling and a piece of the tooth. It caused a momentary lapse in concentration and the mother-of-four braked as hard as she could when she saw Mr Bacon’s car in front of her but “it was too late and I collided with him”.

Mr Bacon, who was driving to Swinford and travelling in the direction of Castlebar, was waiting to turn right when his vehicle was rear-ended and pushed into the path of an oncoming lorry.

Ms Harrington told gardaí she was heartbroken that she caused the death of Mr Bacon and for the pain she had caused to the lorry driver Adrian McGinty, a 41-year-old native of Co Longford. She had written a letter of apology to Mr Bacon’s partner, Ellen Rosemary Lynch.

The court heard that Ms Harrington suffered from depression, anxiety and had panic attacks following the accident and attended counselling. She now worked in a local nursing home and volunteered with a number of sporting and community groups.

“I want to express my remorse to everyone involved. I am so sorry for the pain I have caused.”

Imposing a suspended jail term and a four-year driving ban, Judge Rory MacCabe said he was very familiar with “this notorious stretch of roadway” because it had been the scene of several fatal or serious accidents. It was time the local authority looked at the speed limits which exist and review it.

Gda Killeen said Mr Bacon left his home to travel to Swinford to do some shopping in Tesco and to visit the bookies to put on some bets. He was on the N5, travelling west towards Castlebar and had stopped at the turn to the right for the R320, which is an access road to Swinford. He had his indicator on.

Ms Harrington left her home at 11.45am, travelling to Bohola to meet a woman who had agreed to purchase some children’s clothes that the defendant had advertised on Facebook. She was also travelling on the N5 towards Castlebar.

Mr McGinty was travelling on the N5 in the opposite direction on his way to Castlerea from Westport.

The collision, Gda Killeen noted, occurred because of inattention by Harrington. She was travelling behind Mr Bacon and did not see him in time. She braked hard but couldn’t avoid hitting the rear of his vehicle, pushing it into the opposite lane and into the path of the oncoming truck.

Mr McGinty went to the aid of Mr Bacon and noted he was unresponsive. Emergency services were contacted. They attempted to revive the victim but he was pronounced dead at the scene at 12.45pm. A post-mortem noted the cause of death was fatal traumatic chest injuries due to a road traffic accident.

Both Harrington and McGinty passed breathalyser tests and produced the relevant driving documents. Their phones were examined and there was no evidence either were in use at the time of the accident. Dashcam footage from the truck was shown to the court.

In her victim impact statement, Mr Bacon’s daughter Jenny, who lives in Canada, said her world was turned upside down following the accident. Her father was due to travel to Canada the following September to meet his new grandson.
“He was a funny man who would always make you laugh. He had a lot of love and a very generous heart.”

Ellen Rosemary Lynch, who was Mr Bacon’s partner for 17 years and lived with him in a cottage in Aghamore, said she had no interest in life after the accident. She now lives with her son as Mr Bacon had not put her name on the deeds to the cottage.

“I have lost my home, my partner and my best friend,” she said. 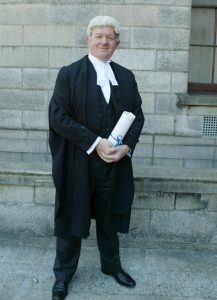 He did not believe the interests of justice would be served by imposing a custodial sentence. He imposed a six-month prison term, suspended for six months and a four year driving ban.

He extended his sympathy to the family of Mr Bacon.