Argentine ambassador to be buried in Foxford on Friday 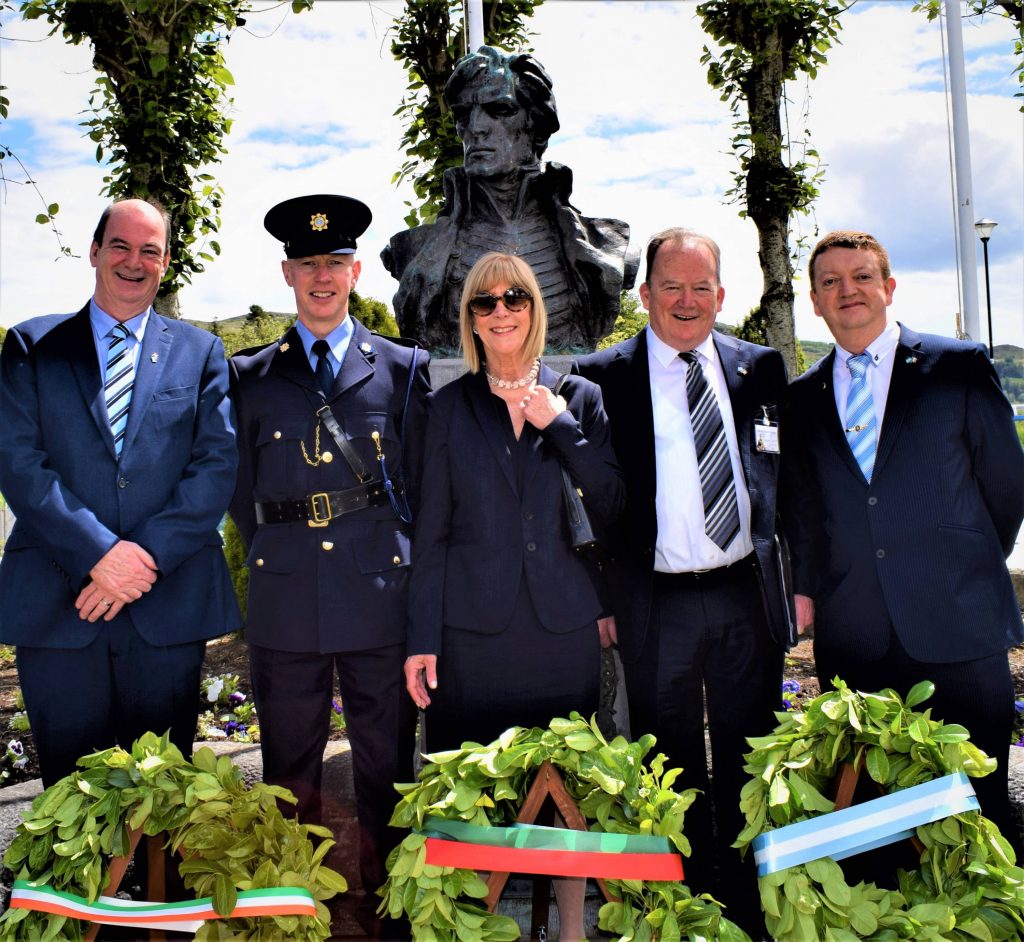 If ever confirmation of the love and affection the Argentine nation has for the Mayo-born founder of its navy, it comes with the news that the late Argentine Ambassador to Ireland Laura Bernal will be buried in Foxford, the birthplace of Admiral William Brown, later this week.
Ambassador Bernal passed away suddenly at her residence in Dublin last month and it’s in keeping with the wishes of her family that her funeral Mass will take place in St Michael’s Church, Foxford this Friday at 12 noon after which the funeral cortege will proceed to Craggagh Cemetery for interment.
Laura Bernal, who visited Foxford on numerous occasions where Admiral William Brown was born in 1777, was described by the local Admiral Brown Society as “a loyal supporter” and “a great friend to us all here in Foxford”.
Ambassador Bernal last visited the town in November 2019, to mark the visit of the ARA Libertad to Ireland.
“Ambassador Bernal had a great affection for the people of Foxford and County Mayo and we are honoured that her family have chosen our area as her final resting place,” said Oliver Murphy, a spokesperson for the Admiral Brown Society. “May her gentle soul rest in peace in our midst.”
Due to restrictions in place due to the Covid-19 pandemic, the attendance at Friday’s funeral will be strictly limited. However, members of the Foxford community who wish to pay their respects will have an opportunity to do so along the route, while adhering to HSE guidelines.