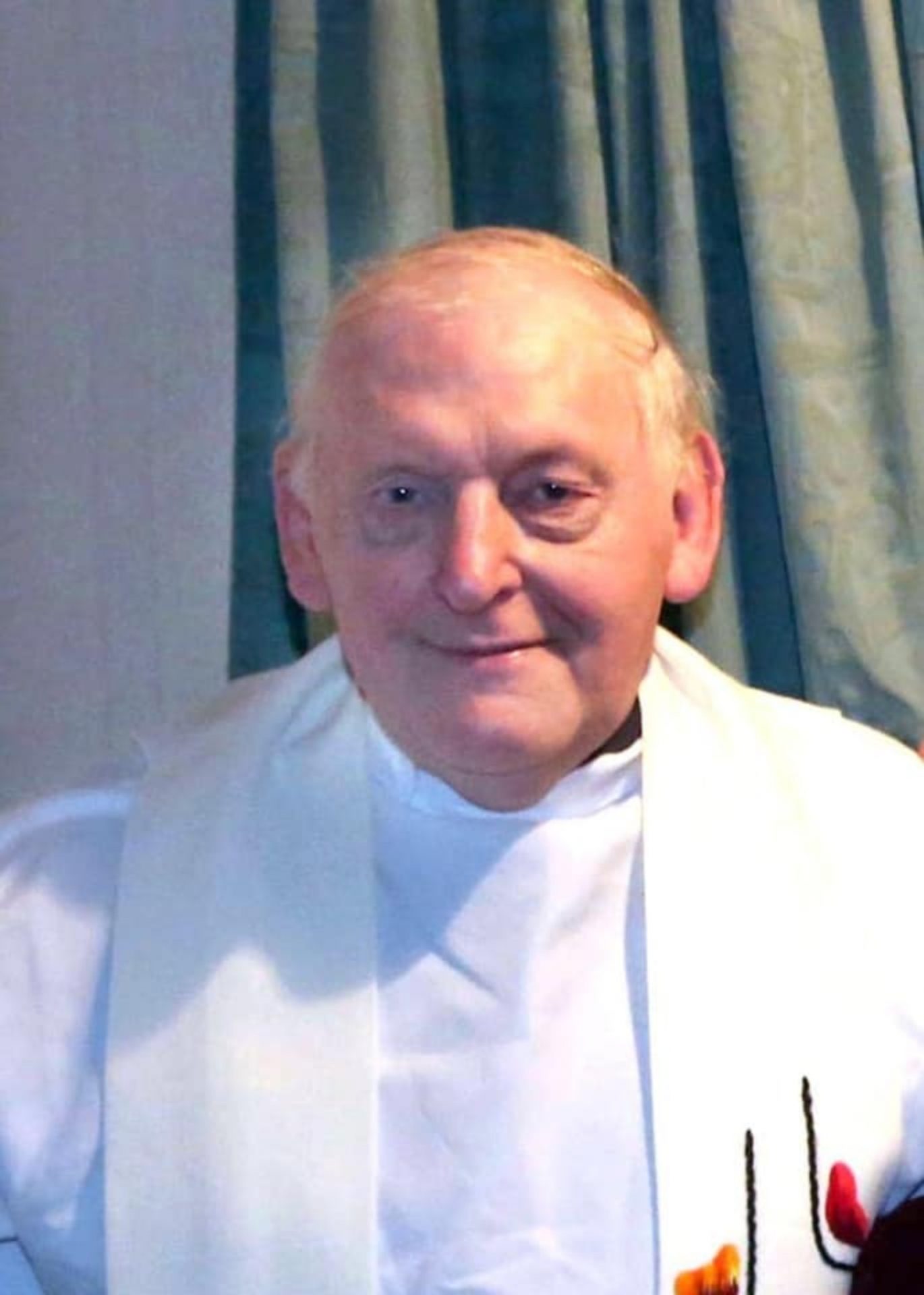 The late Fr JJ Cribbin, a native of Ballyhaunis and Parish Priest of Milltown.

The death has occurred of the Very Reverend Canon JJ Cribbin, the Parish Priest of Milltown, Co Galway and formerly of Main Street, Ballyhaunis. Fr Cribbin passed away peacefully at Mayo University Hospital.
Fr Cribbin was a member of the Mayo senior football team that won the National League in 1970, scoring two goals in the league final against Down at Croke Park, which was played exactly 50 years ago this weekend. He was a tenacious and dangerous full-forward who played four seasons of senior football with his county, playing 24 times and scoring a total of 12-31.
He represented Mayo at minor for three seasons between 1962 and 1964 and was also part of the Mayo team that won an All-Ireland under-21 title in 1967. He was also part of successful teams with Ballyhaunis GAA Club and St Jarlath’s College in Tuam. He played for many years alongside his brothers Tony (Toto) and the late Tom in the 1960s and 1970s.
Fr Cribbin served as a curate in the parishes of Castlebar and Breaffy for a number of years before becoming PP in Milltown. A tribute to the deceased released by the Archdiocese of Tuam read: “It is with deep sadness that we ask your prayers for the happy repose of the soul of Fr JJ Cribbin, PP, Milltown, who passed away earlier this morning.
“Fr JJ was a native of Ballyhaunis and was involved as an inter-county player with Mayo in the ’60s and ’70s.
“He served the diocese well throughout the years, beginning his time as Prefect of Studies in St Jarlath’s College, Tuam, and serving in many parishes throughout the Archdiocese including in Taugheen in the Parish of Crossboyne, Breaffy and Castlebar, Athenry and finally as Parish Priest of Milltown. Fr JJ will be dearly missed. Requiescat in Pace.”
He is predeceased by his parents Anthony and Maria and his brother Tom and is deeply regretted by his brother Tony, sister-in-law Anne, nieces Louise, Cliona and Aine, nephew Tony, grandnieces and grandnephews, his Grace Archbishop Michael Neary and the priests of Archdiocese of Tuam, his former parishioners, his great friends Val and Maise Jennings, and his wider circle of relatives and friends.
Due to HSE and government guidelines, a private funeral will take place for family members only in St Patrick’s Church, Ballyhaunis, on Sunday at 12 noon, with burial afterwards in the local cemetery.
The funeral Mass can be viewed on Ballyhaunis parish webcam and also listened to on Ballyhaunis parish radio.