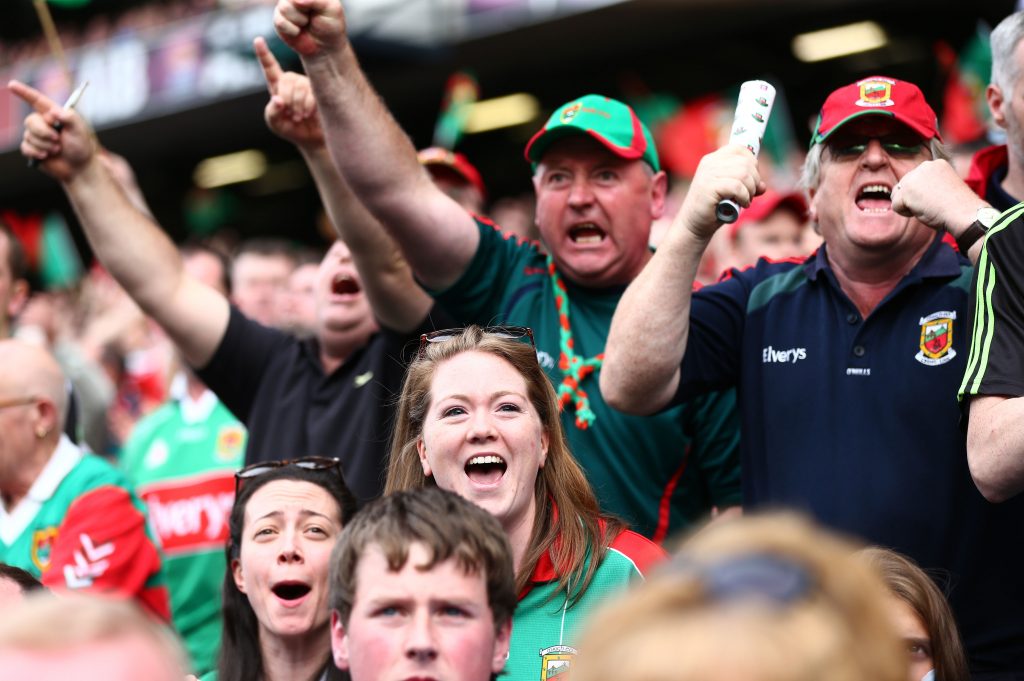 It’s all we can do at the moment, to look back as opposed to look forward, given there seems no end in sight to the postponement of Gaelic games at club or inter-county level.

Thankfully, for Mayo GAA supporters at least, there’s a wealth of great memories (we’ll park the not so great for now!) to sustain us until the men and women of the county can get back onto the field to create new ones.

It’s with that in mind that we have decided to open a discussion by sharing the first five of our standout moments in the long and storied history of Mayo football and hurling.

With quite simply hundreds of options to choose from this is by no means meant as anything like a definitive list, just an opening selection of some of our favourites, a couple we weren’t even around for but of which their significance has been passed down through the generations like a precious heirloom – and about which we have read or heard enough to appreciate their lofty place in the annals of the county’s great sporting history. 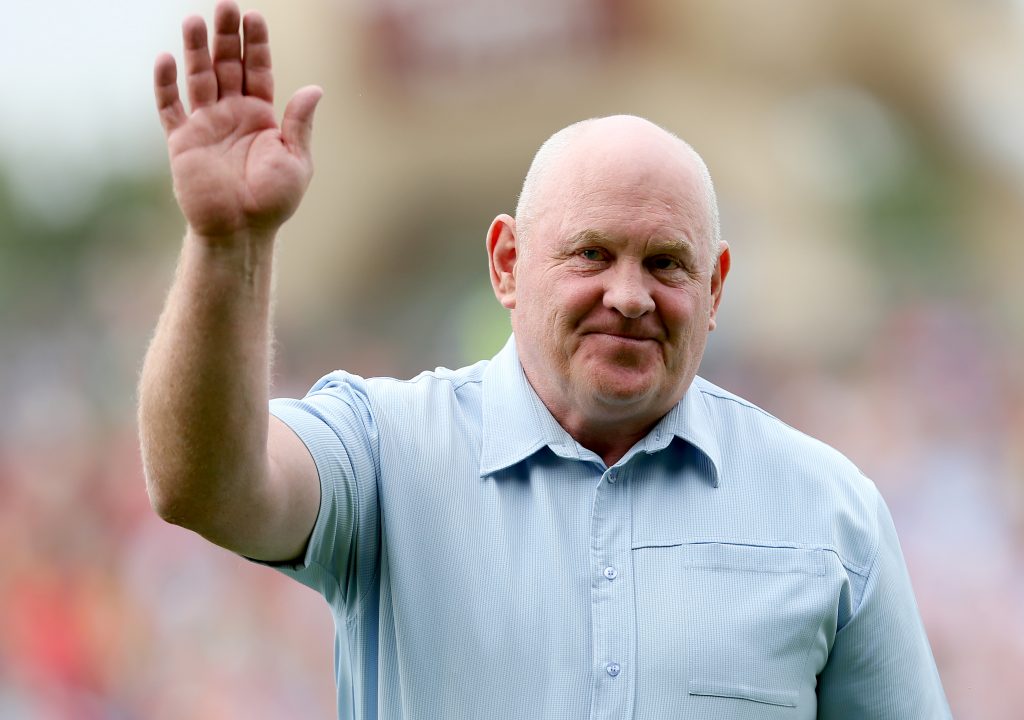 Try at the Hyde

Jimmy Burke played almost 80 league and championship games for Mayo in a career that spanned 15 seasons and is best remembered for two things: for ‘swallowing’ his tongue when knocked-out in the 1989 All-Ireland SFC Final and, earlier that year, for scoring the goal once described as the greatest try ever scored.

A thing of beauty it wasn’t but arriving in extra-time of a replay in Hyde Park, it helped Mayo secure back-to-back Connacht senior football titles for the first time since, believe it or not, 1950-51, when the double All-Ireland winners actually won four-in-a-row.

Anthony Finnerty gathered a Brian Kilkelly punt downfield, offloaded to Liam McHale who fist-passed through to Burke who walloped fresh air with one big swing of his left leg, tripped and fell over, but not before managing, with that big left boot, to prod the O’Neill’s inside Roscommon goalkeeper Gay Sheerin’s right hand post. It was the very last score in a 3-14 to 2-13 victory.

“It was such a bad goal that everybody remembers it,” Jimmy told the Western People in 2017. “But it was a vital goal, after two drawn games and this the end of extra-time, it wasn’t a great goal, but they all count.”

Without it Mayo might not have gone on to reach their first All-Ireland senior final in 38 years. 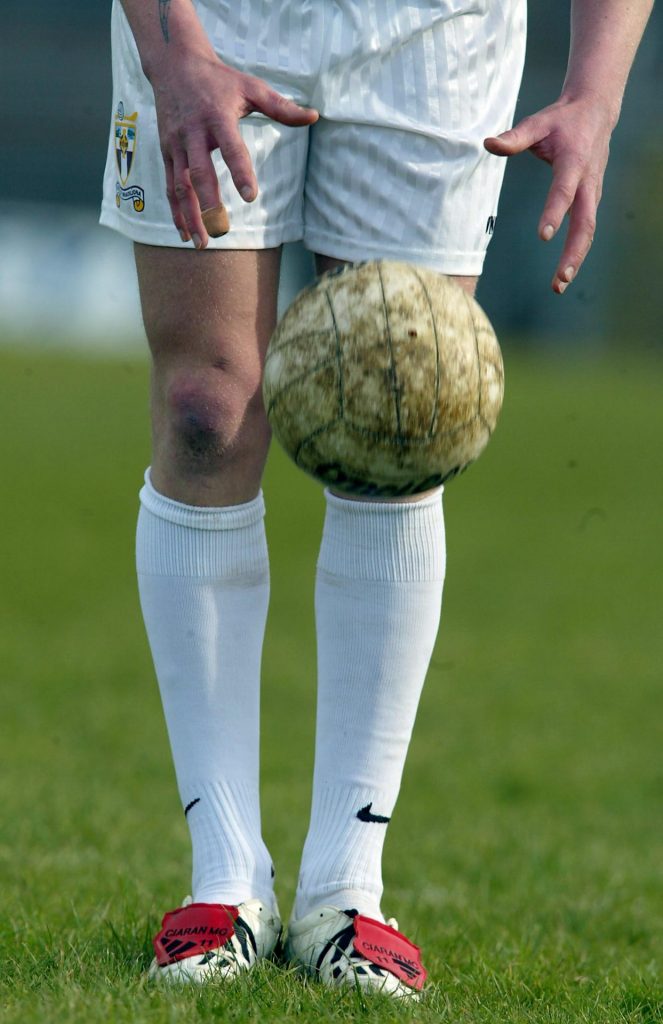 Ciaran McDonald and his personalised boots

There’s a multitude of moments from the career of Ciarán McDonald that could easily make this list and many will view his match-winner against Dublin in the 2006 semi-final as a glaring omission. But it’s another of Supermac’s outrageous contributions, ironically from that same season, which makes the cut here, one without which Crossmolina Deel Rovers would never have won their seventh – and last – Mayo SFC title.

Ballaghaderreen, much the better of the teams and who had been leading this county final since the start, were on the cusp of lifting the Moclair Cup for the first time in 34 years when Crossmolina were awarded a free 40 yards from goal. Stoppage time was running on fumes and the Deel men were three points behind.

In dreadfully dreary conditions, Ciarán McDonald considered how best to use this last possession and concluded that the traditional lob into the square offered longer odds than if his majestic left leg pinged that greasiest of balls chest high into the crowded goal-mouth. Hidden among all the bodies awaiting his missile was McDonald’s county teammate Peadar Gardiner whose outstretched hand deflected the ball into the only space that remained – the top corner of the net. All-square. Full-time. Crosssmolina won the replay 1-13 to 2-7.

It was the last appearance in a county final for a golden generation of Crossmolina footballers – McDonald, Gardiner, Nallen, Keane, McGuinness, Rochford, Walsh et al – who had delivered Mayo its first All-Ireland Club title in 2001.

Six in a row 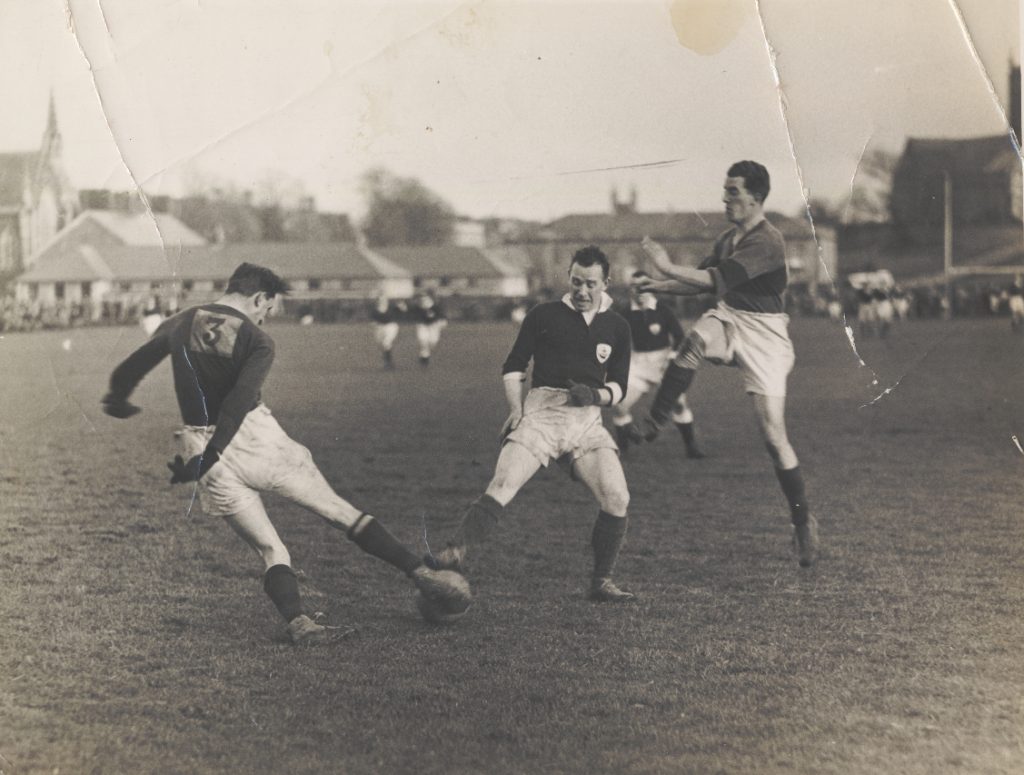 Paddy Quinn (No 3) and Jim ‘Tot’ McGowan (right) during a clash between Mayo and Galway in the 1930s, Mayo football’s most successful era.

The fact that Mayo stand behind only Kerry and Dublin as winners of the most National Football League titles is largely down to the achievements of a team that so often gets overlooked just because the men of 1950 and ’51 are the last to have brought All-Ireland glory to the county.

From 1933 to 1939, Mayo owned the League trophy, and it’s something that no other county in the history of Gaelic football has managed, to retain it for six consecutive seasons. It’s what makes the 5-9 to 0-6 victory over Meath in the ’39 final at Ballina so significant.

Mayo’s winning margin has only been bettered once in the 81 years since, that when Kerry overcame Derry by 4-16 to 1-5 in the 1961 final.

The Green and Red landed an All-Ireland senior crown bang smack in the middle too, although it has been argued that to have lifted Sam Maguire just the once reflected poorly on the group’s ability.

Those six League titles were also the first in Mayo’s history and the interesting thing about the double-winning year of 1936 is that it was the one season where they weren’t required to play a League final. They had beaten Dublin and Fermanagh in the finals of the previous two years, and Meath, Wexford and Meath again, in the deciders played in the three years after, but the 1935-36 title was awarded to Mayo by virtue of their twelve points from eight games.

Call it stubbornness or moralistic but Mayo refused to play in the 1939/40 League campaign, due to what the County Board referred to as ‘shocking and deplorable’ incidents during the 1939 All-Ireland semi-final where they suggested Kerry officials had tried to influence the referee.

Mayo returned for the 1940-41 League and beat Dublin in the final to win their seventh title in eight years.

The Irish Independent singled out Tommy Hoban as “that Pocket Hercules who shook himself out of tackles in remarkable fashion”.

Henry and the historic hurlers

The Mayo team that beat Waterford in Dungarvan in the 1986 National Hurling League.

On the last Sunday in February 1986, the Mayo hurlers didn’t just win a game. They beat hurling aristocracy. In the National Hurling League. Away from home.

Admittedly, a period spanning the mid-1960s right through to the 1980s was a barren one for Waterford hurling yet only three short years after they were humbled in Dungarvan by fourteen Tooreen men and a goalkeeper from Castlebar Mitchels, the Deise were beating Clare and Cork en route to their eighteenth appearance in a Munster senior hurling final.

Joe Henry struck the three goals, and three points too, in Mayo’s 3-7 to 2-6 victory in Division 3, with his Tooreen club-mates Johnny Cunnane (0-3) and Dom Greally (0-1) bagging the other scores.

“That was a quite normal performance for Joe,” Cunnane told the Western People in 2013. “He was fast, he was fit, he was strong, he was deadly accurate. He had everything that you’d want as a hurler. He was just a fantastic corner-forward, full-forward, a natural.”

The game at Fraher Field was played in windy conditions. Mayo had its benefit in the opening half and were six points to nil up when Joe Henry rattled in a couple of goals in the space of a few minutes to leave the scoreboard reading 2-6 to 0-0 at half-time. Henry completed his hat-trick just minutes after the turnaround and, remarkably, the visitors were 15 points in front.

“He was amazing that day,” said Johnny Cunnane. “He was one of the best goalkeepers I’d ever seen. He smoked a cigarette at half-time in every game but I think he might have smoked two that day.”

Mayo were promoted to Division 2 the following season where they played the likes of Tipperary, Antrim and Dublin. 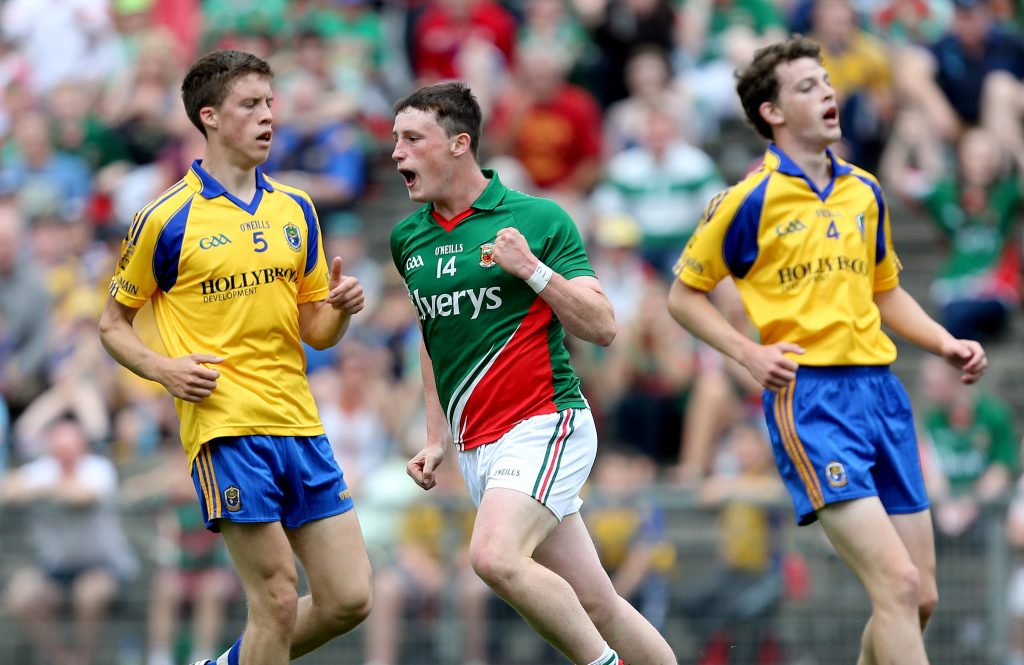 You could describe until you’re green and red in the face just how Liam Irwin scored Mayo’s second goal in the early throes of the 2013 Connacht minor football final, but you could never teach it.

If you’re struggling to remember it, look it up on YouTube, study it, savour it. If a senior footballer in Croke Park pulled off something so sweet, RTÉ would never tire from draining every last ounce of the footage for their Sunday Game trailers. And you’d never tire of seeing it.

The boy’s irreverence for the Roscommon defence is comparable to Owen Mulligan’s for Dublin’s when he scored that goal in 2005. Where the Tyrone attacker wrong-footed one defender and then a second with his hands, Irwin did the same with his left boot.

Possession had come from a line-ball thumped from inside his own half by Mayo captain Stephen Coen, which Irwin nicked from above the head of Sean Mullooly. The Roscommon full-back got himself back goal-side but Irwin sent him and the next challenger sprawling with dummies so slick they could advertise Brylcreem. Goalkeeper Shane Mannion stood no chance as the Mayo forward arched his body to rifle the ball off the outside of his boot and high into the net.

The unadulterated talent of the Breaffy attacker is something Mayo football has of yet been unable to tap into at senior level but one thing’s for sure, we wouldn’t have won minor and under-21 All-Ireland titles without his precociousness.