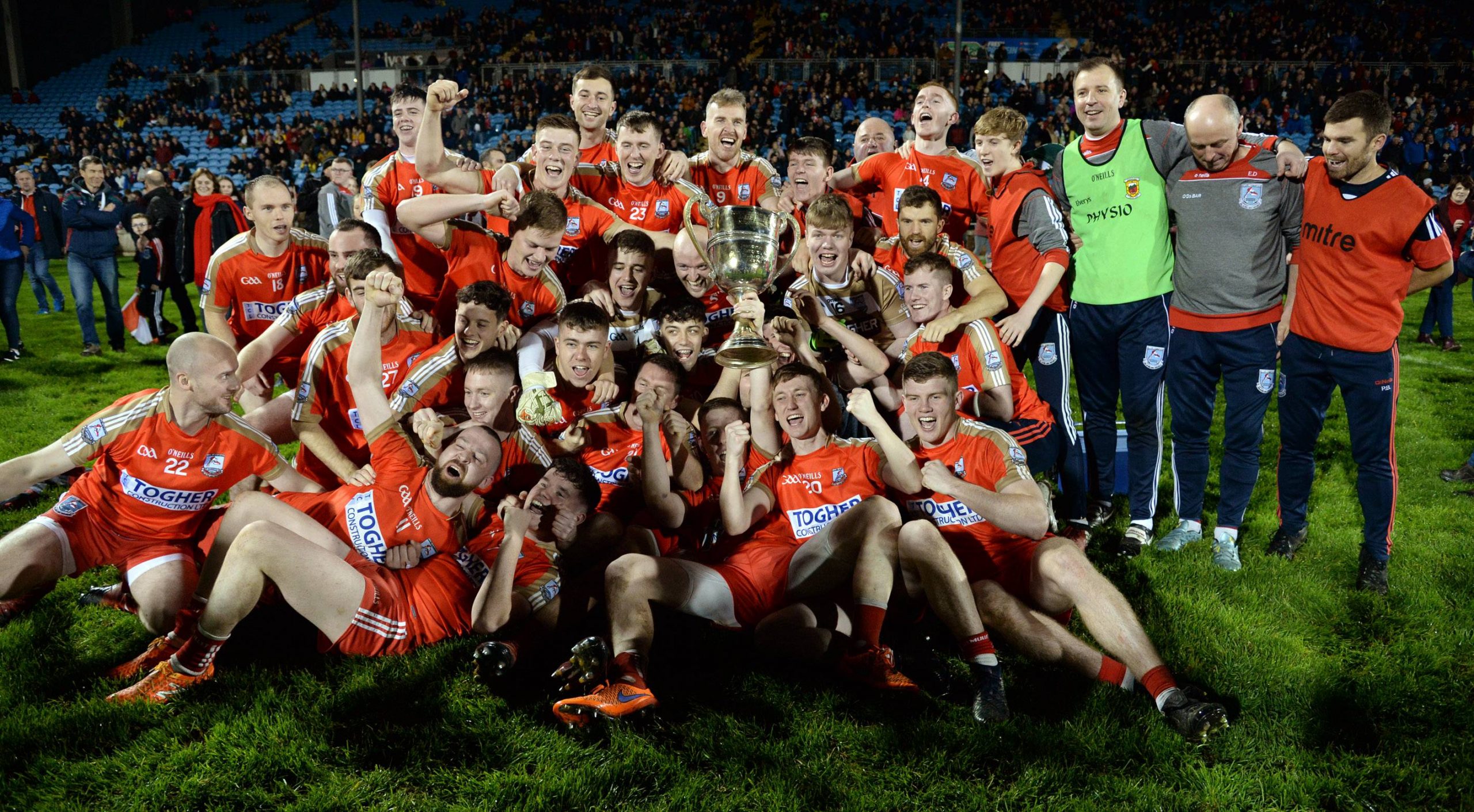 Belmullet GAA Club are raising funds for Pieta House today by taking part in a 24-hour kickathon. The effort will see 45 of the Belmullet players, coaches and clubpeople kick a ball against the wall of the old handball alley in the town continuously for a full 24-hour period. It began this morning at 6am and will carry through until 6am on Saturday morning.

The idea was the brainchild of Aaron Carey, a member of the Belmullet senior squad, who wanted to do something to raise much-needed funds for Pieta House given that their biggest annual fundraiser, the Darkness Into Light walk, has been postponed due to Covid-19.
Pat Cowman, chairman of Belmullet GAA, said that the club had been delighted to support the players’ efforts.

“We all rowed in behind them, but really it’s totally down to the lads. The club is just supporting them. We thought it was a great idea and a great cause,” said Cowman this morning.

“It’s a cause that would be close to the Carey family heart. Unfortunately it’s a cause that we’re all very aware of in Erris, we’ve had a lot of tragedy over it. So we were glad to support it. The Darkness Into Light walk has been growing here every year so this was a great idea for the lads to come up with. It’s a community effort here today but the credit has to go to the lads, and to Aaron and the Carey family.”

The kickathon began at 6am with Ryan McIntyre leading off, joined via video link by Tom McAndrew in Dubai. Other ‘Mullet natives including Michael Togher in Dubai and Scott Kilker in New York are also joining in over the course of the day, while some of the club’s county players, including Ryan O’Donoghue and Eoin O’Donoghue, will also be involved over the course of the day.

The Belmullet senior manager, Damien Mulligan, will also be taking part, as will the club chairman himself, who is taking the baton at 10.20am.

“The white legs will be out!” said Cowman.

“When the idea went up in the group chat, there were 40-odd thumbs-up in a matter of seconds. It’s about supporting one another; these are very difficult times we’re living in. It just shows that the community spirit is still alive here,” he continued.

To donate to the Belmullet 24-hour kickathon for Pieta House, visit https://www.gofundme.com/f/belmullet-gaa-24-hour-kickathon-for-pieta-house?sharetype=teams&member=4365260&utm_medium=copy_link&utm_source=customer&utm_campaign=p_na+share-sheet&rcid=8932e57330f74da0ad891a86190485e4&fbclid=IwAR1Aeo6OBhe5PeKRzALKolPEXGRrNKWKGeglMNb8g-oyGKIF0sGXrAHuNCU