Thursday, May 07, 2020
Construction of the N59 Ballina Orbital road and the next phase of the N26 road between Foxford and Swinford could be in jeopardy, according to Fine Gael (FG) councillors Neil Cruise and Jarlath Munnelly. 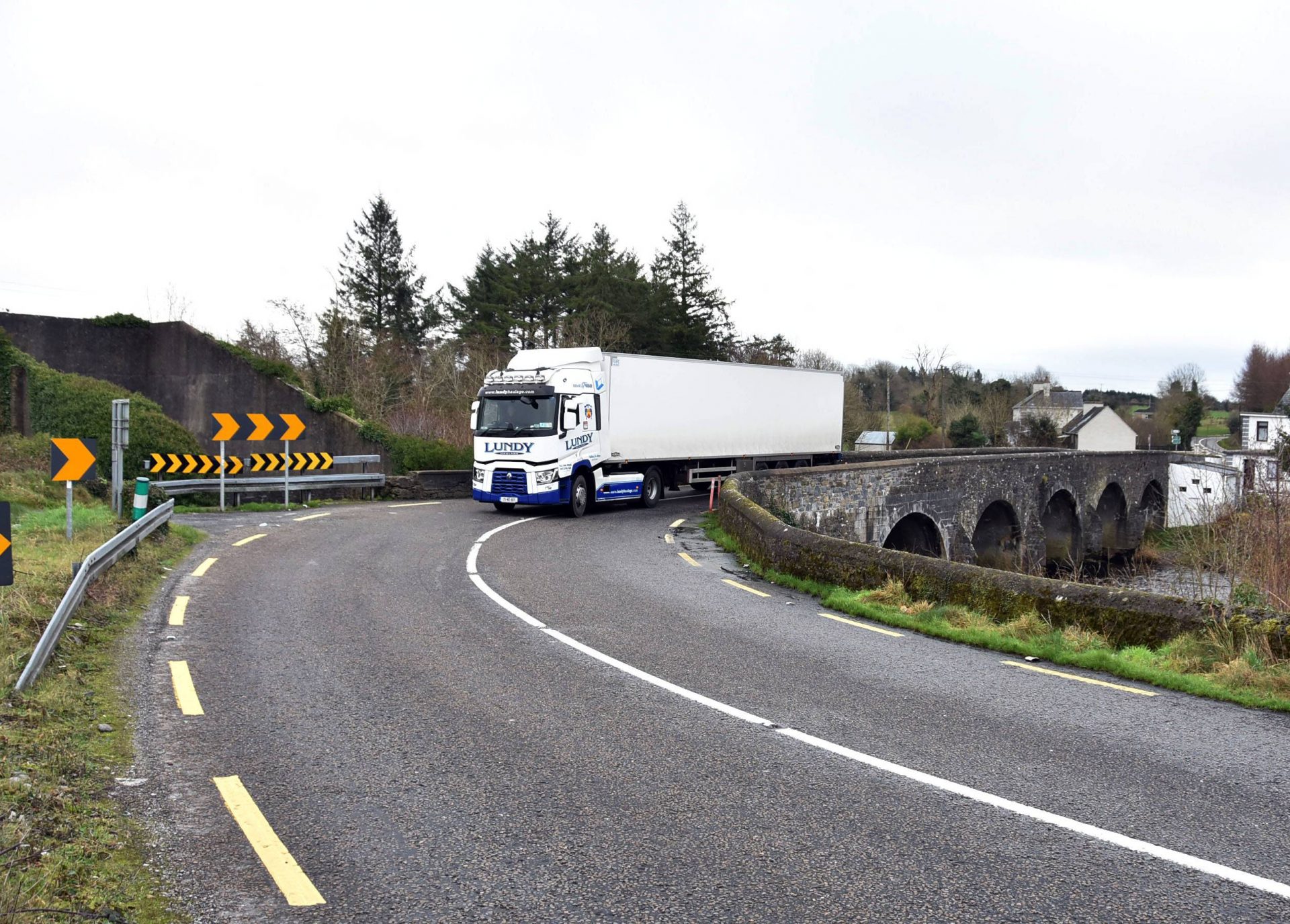 A heavy goods vehicle negotiates the narrow Cloongullane Bridge which is due to be replaced with a new clear-span bridge over the Moy as part of the upgrade of the N26 from Foxford to Swinford. Photo: John O’Grady.

Cllr. Cruise and Cllr. Munnelly have written to the FG team engaged in government formation talks asking for these specific projects to be included in any plan, because of concerns regarding Green Party policies and how that will impact on road projects across Ireland.
According to Cllr. Munnelly:
“Having read the Green Party election manifesto, I am deeply concerned that they will not invest in badly needed road infrastructure in Mayo. The Green Party want to shift spending to public transport – which is a very good idea on the east coast of Ireland, where they already have a decent road network – but in Mayo, where there has not been sufficient investment in our road network, I am concerned that with Green Party policies there never will be.”
Cllr. Cruise said that a section of the N26 road is ready to start construction this year:
“After a very lengthy planning process, the badly needed section at Cloongullane Bridge on the N26 is ready to start construction work. In 2020, after years of being ignored, the FG government allocated funding to start work on planning an urgently needed orbital road around Ballina town. These projects were needed years ago, but I am afraid that these projects will be dropped to appease the ideology of the Green Party.”
Cllr. Munnelly notes how the Green Party election manifesto sets out how that party would re-draw the existing National Development Plan and prioritise public transport spending over road spending at a ratio of 2:1. This includes maintenance of existing roads. The impact of this will certainly mean that two critical roads that North Mayo needs will not be built, he said.
Cllr. Munnelly added that in the recently adopted Regional Spatial and Economic Strategy for the northern and western regions of the country, the N26 and N58 roads are listed as priority road projects for the region:
“The 2:1 ratio favouring public transport is very bad news for Mayo. Yes, Mayo needs investment in public transport too, particularly so in and around our larger towns, but this cannot happen at the expense of the basic infrastructure that particularly North Mayo never received. In addition, I managed to ensure that the N26 and N58 were identified as priority road projects in the recently adopted Regional Spatial and Economic Strategy for the Northern and Western region of Ireland. The programme for government needs to reflect this.”
Cllr. Cruise concluded by stating:
“We are seeking specific answers on these projects from the Fine Gael negotiating team. If there isn’t a commitment from all groups involved in these talks to ensuring that these road projects are included in a new programme for government, then this will not be a good deal for Mayo.”
Filed under: Ballina news, Ballina orbital route, Mayo news, Mayo newspaper, N26