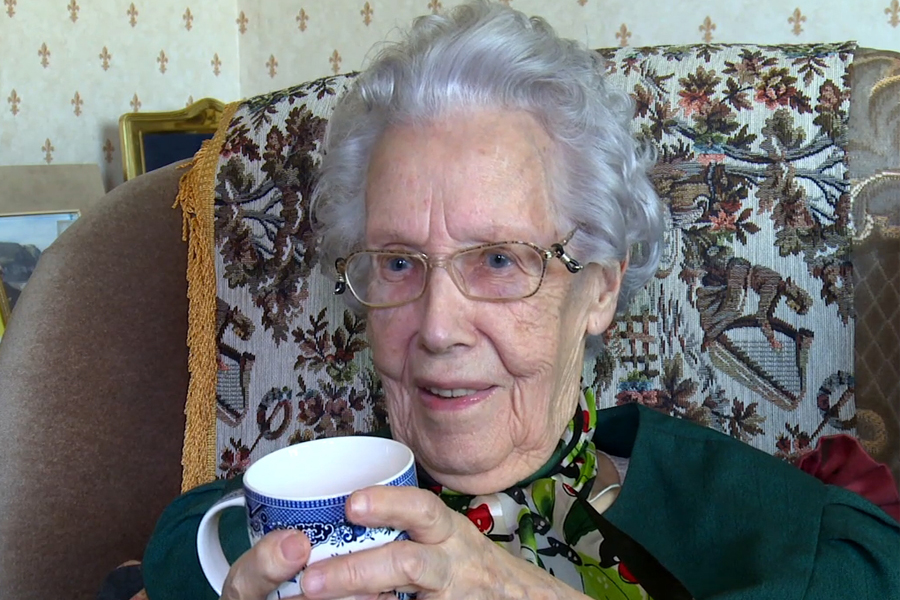 Maureen Sweeney has beaten Covid-19 at the age of 97. When aged just 21, Maureen’s readings from Blacksod weather station altered the course of WWII.

A Mayo grandmother whose weather reading played a critical role on D-Day has beaten Covid-19 at the age of 97.

Maureen Sweeney was 21 years old when she took weather readings at Blacksod weather station in June 1944. Her actions influenced the D-Day landings and changed the course of World War II.

Maureen has been a resident in Tí Aire Nursing Home in Belmullet for the past year. She contracted the coronavirus a number of weeks ago but Maureen and her family received the good news late last week that a re-test had come back negative. Six other residents at Tí Aire have died from the illness over the past few weeks.

“Obviously there was concern in the family and we were just hanging on to see how it would develop realising that there was very little we could do and we just had to have faith in the staff there. Luckily it developed into a temperature but nothing more than that,” said Maureen’s grandson Fergus.

Fergus described Maureen is ‘tough as nails.: “She would always have been a very healthy woman. Her visits to the doctor would have been very limited until much later in life,” said her proud grandson.

Maureen’s story will serve as a ray of hope to many in these difficult times,

“Since word has gotten out a lot of people have picked up on it and are holding it up there as one of those success stories if you could call it that. It’s so easy for everyone to get stuck on the doom and gloom but we also have to look at some kind of light at the end of the tunnel,” said Fergus.

“She’s aware that she has beaten this virus and she is delighted. And the family are just looking forward to the day when we can see her face to face,” he added.

Last year, Maureen was the subject of an RTE documentary that was broadcast on the 75th anniversary of the D-Day landing.

Maureen’s forecast from Blackod weather station played a pivotal part in the D-Day landings. Her data threw General Dwight D Eisenhower’s meticulously planned invasion strategy into chaos. It forced him to mediate between opposing US and UK weather advisors and generals, and ultimately left him alone to make one of the most difficult decisions in the entire war. Completely unaware of the significance of her work, Maureen’s readings were the first to point out an impending storm which led to the postponement of the invasion. Her readings were subsequently first to pinpoint a short window of opportunity that Eisenhower needed to launch, thereby changing the path of the war.