North Mayo is set to be showcased to cinema goers around the world in 2021, with the locally-filmed, star-studded production, Wild Mountain Thyme, set to be released some time next year. 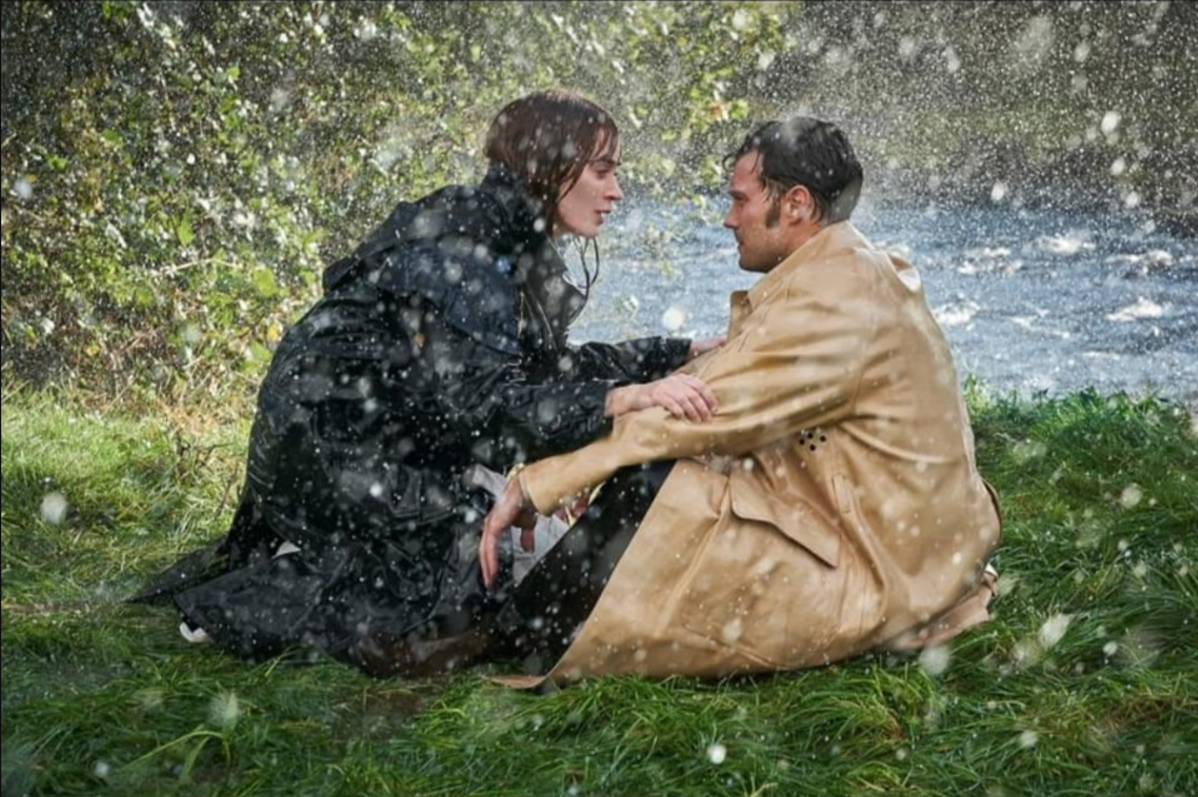 Emily Blunt and Jamie Dornan film a scene for “Wild Mountain Thyme” which was shot on location in the Crossmolina area and is set for cinematic release in 2021.

The date was reported by the Hollywood Reporter publication as part of an interview with the film’s lead man, Jamie Dornan.

In the article, Jamie spoke of the “magic” of performing the work of the movie’s screenwriter, John Patrick Shanley, in his native Ireland alongside fellow legendary co-stars, Emily Blunt, Christopher Walken and Jon Hamm.

He added that the “dream scenario” had resulted in him becoming “friends for life” with Blunt.

The “Mary Poppins Returns” actress plays Dornan’s love interest in the film and he says they aligned very quickly while working on the production in the Crossmolina area.

The bond was obvious to any locals that encountered them throughout the duration of the shoot last October.

The pair and fellow cast members were spotted socialising in several Ballina venues throughout their stay in the area.