Keegan expects GAA to make a call on 2020 season 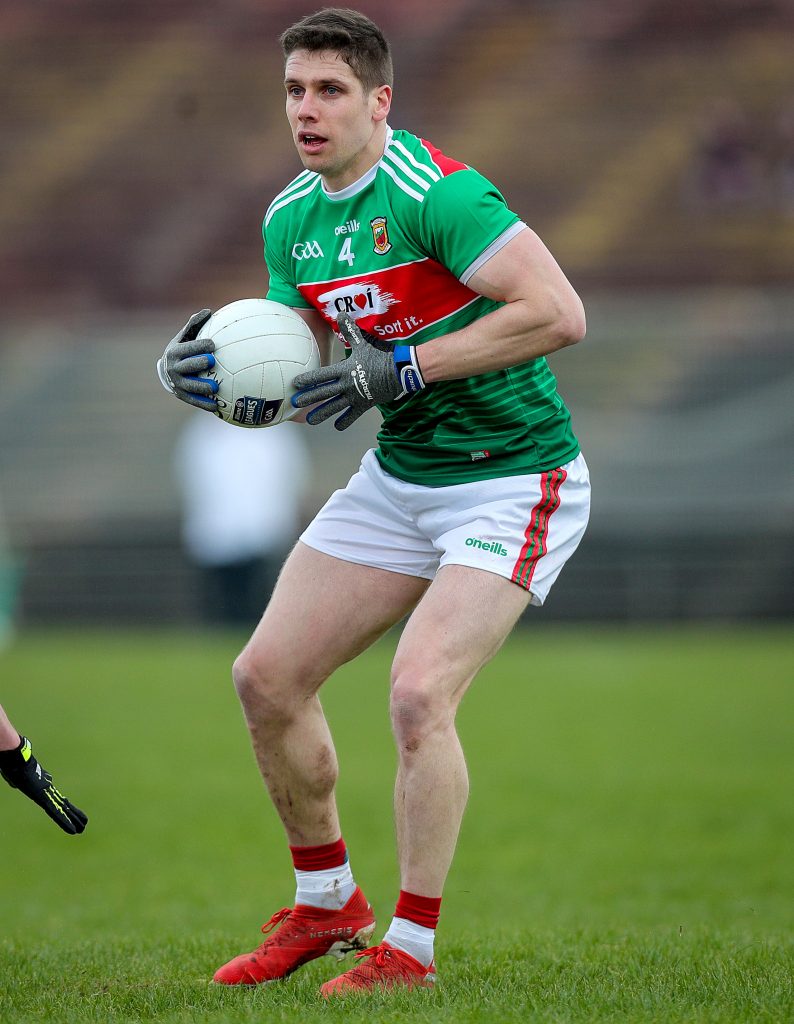 Lee Keegan in action against Kerry in Division 1 before the GAA postponed the remainder of its Allianz Football League programme.

Lee Keegan hopes that a decision on whether there will be a 2020 inter-county championship season this year is made sooner rather than later, so that players can be able to plan their lives accordingly.
The Mayo footballer has had to adjust to a world without weekly games and three or four collective training sessions a week and admits it has been a massive “culture change” but that just as difficult is not knowing when the ‘new normal’ will end.
“It all seems doom and gloom at the moment because no one really knows how we’re going to get on in the next couple of weeks or months,” says Keegan, pointing out that inter-county players would love even a rough idea of when a return to action is likely.
“I suppose a very big decision will have to be made in the next month or two to say is this feasible or not. I suppose players will respect that, and say, ‘Listen, the reality is there mightn’t be a 2020 championship’.
“And that’s fine because at least from our point of view we can start planning for next year. But we can also plan our lives around not having it this year.”
The 30-year-old former Footballer of the Year accepts, however, that it’s difficult for the GAA, like most other sporting organisations, to make any firm commitments at present. How to protect against the spread of the coronavirus in an environment of contact sport is the big unknown.
“Even at a club level, it’s going to be very difficult, even to go into a changing room, you’re marking a guy and you don’t know what their story was before you mark him.
“Drinking water bottles, jerseys… there are so much ifs and buts and maybes that I think it’s probably impossible to foresee when we’re going to get back,” said Keegan who was speaking at the launch of a new programme developed by Sport Physio Ireland which is designed to educate GAA players on how to improve their speed, strength and conditioning, and how to manage injury.
Keegan himself can see the benefits of the programme and is using the current break to his advantage.
“It’s given me time to just work on my body in terms of stretching, flexibility and that bit of maintenance that I maybe neglected over the last few years.
“Sometimes when you’re out playing, you think you’re a bit indestructible during championship, that you don’t need to do certain things with your body. But I suppose the older you get, the more you need to look after yourself to be able to perform at the highest level and that’s maybe something myself that I’ve neglected. I didn’t do the little bits and pieces of maintenance at home when I had downtime.”