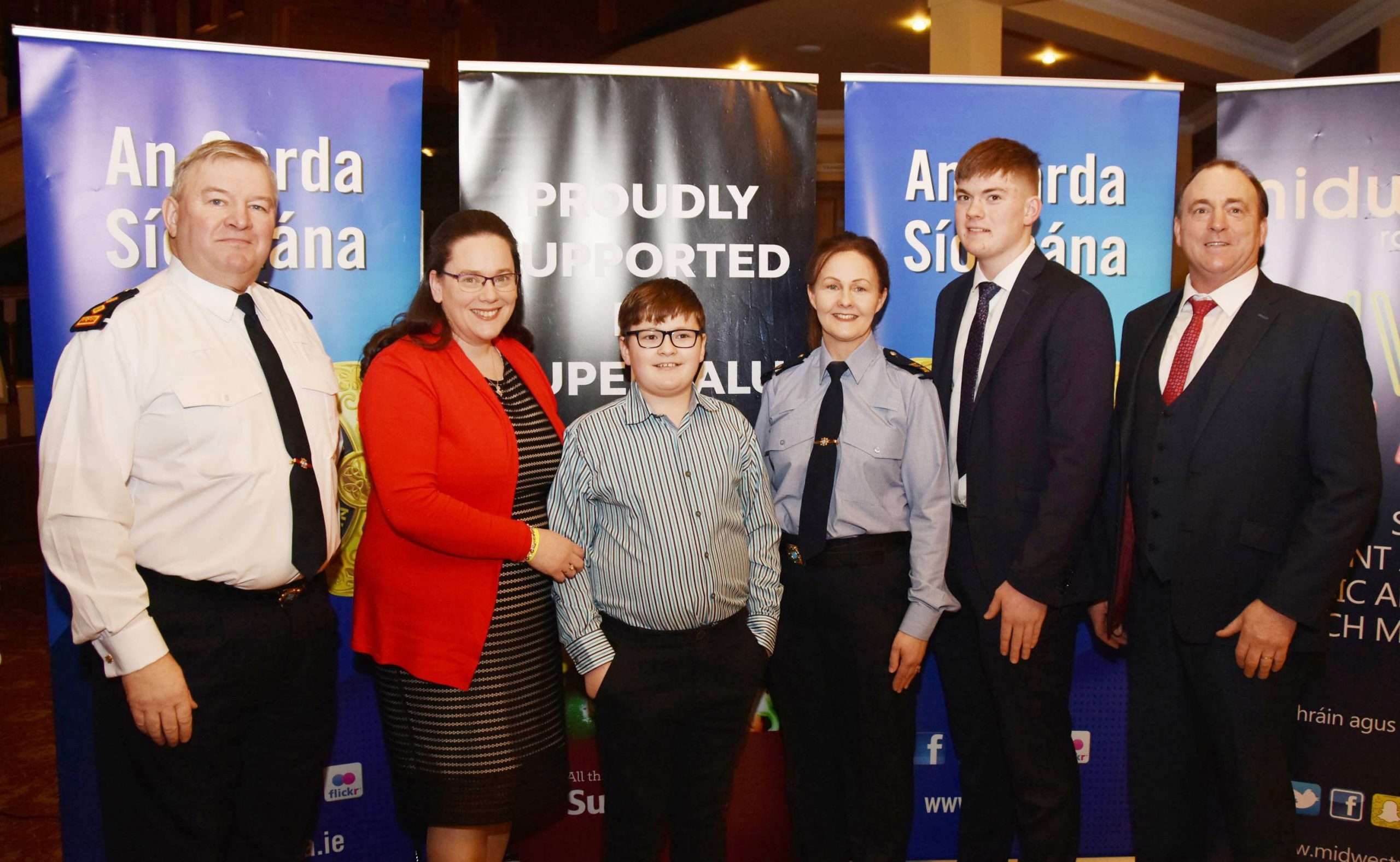 The second annual Mayo Garda Youth Awards will be broadcast tomorrow night (Thursday, April 16) on Sky Showcase, channel 192.
The awards, which were held in the Great National Hotel in Ballina on January 18, celebrate and acknowledge the achievements and contributions made to communities across Mayo by young people aged between 13 and 21.
They were recorded by Atlantic Productions Ireland and will be broadcast on the iMayo TV show, which airs on Sky Showcase at 7pm and will be repeated on the same channel on Saturday at 8pm, Sunday at 6pm and again on Tuesday next at 12.30pm.
Over 150 young people from all over Mayo were recognised at the award ceremony with certificates of merits, while the overall award winners were announced on the night.
The organising committee comprised juvenile liaison and community Gardaí from within the Mayo Garda Division and was led by Inspector Mandy Gaynor.
Discussing the awards night and the upcoming broadcast, Inspector Gaynor said: “I am thrilled to see the Mayo Youth Awards broadcast on television as it will shine an added spotlight on the fantastic work being done by young people in communities right across County Mayo.
“The event was a great opportunity to showcase the county’s young people, who are making a real difference to the lives of others in their communities and this week’s broadcast will serve to highlight all their fantastic accomplishments”.
This was the second year of the Mayo Garda Youth Awards, and Commissioner Drew Harris launched the event in November 2019.
A total of 96 nominations were received with an independent judging panel, chaired by Inspector Gaynor, selecting the award winners.
The ceremony was hosted by Garda Tony McCabe and was attended by Assistant Commissioner Barry O’Brien, Chief Superintendent Tony Healy, Garda management and personnel from the Mayo Garda Division together with in excess of 450 members of the public.
The awards night was sponsored by Supervalu, Mid-West Radio, the Western People and Collins Plastics.

“This virus may have taken our freedom but it can’t take our spirit.”