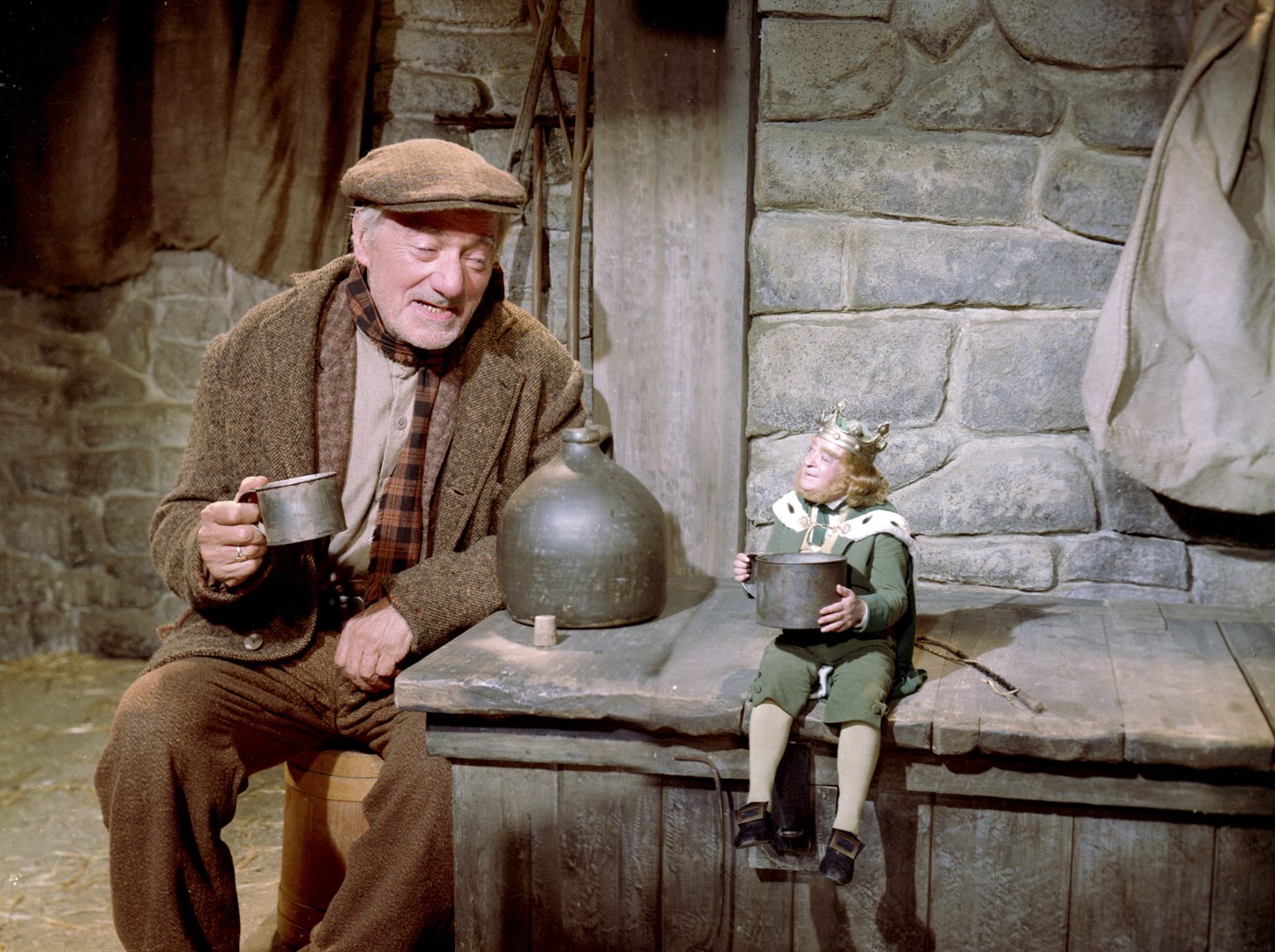 Darby O’Gill and the Little People was showing at cinemas in Mayo in the spring of 1960.

By James Reddiough
There was a large number of dancehalls in Mayo in the spring of 1960 but none of them were open for dances.
There was the Memorial Hall in Knockmore and St Joseph’s Hall in the village where the library and resource centre is today. There were the Town Halls in Kiltimagh, Swinford, and Ballina and smaller Parochial Halls in Lahardane, Aclare in Co Sligo, Kilmaine, and there a large Town Hall in Ballycastle. There was also the Brown Memorial Hall in Foxford.
There were other ballrooms like the Grove in Bonniconlon, the Eclipse in Ballyhaunis, and the famous Tooreen Ballroom, the Central in Charlestown, the Marine in Enniscrone, the Seafield Hotel Ballroom in Easkey, and the Savoy in Claremorris, while the Town Hall in Castlebar was a popular dancing venue also.
Erris had a number of halls and here were some of them in 1960: The Shamrock in Derrynameel, Plaza in Barnatra, Doohoma; and then in East Mayo near Swinford there was St Mary’s Hall, Meelick. There were halls in Ballyvary, Ballindine, and the Glenhest, to mention but a few.
But no matter how many halls there were in this land of a thousand dances, there would never be a dance to be found in the Lenten season of 60 years ago. This was a country ruled from the pulpit and the church forbade dancing from Ash Wednesday, which in 1960 was March 2, until Easter Sunday, April 17.
So what did people do to divert themselves during the season of fasting and black tea?
This was when the halls would turn to variety concerts and the sit-down shows and question times to keep themselves entertained, and they proved very successful too. The cinemas did well and there was a time when, on Sunday nights during Lent, the queues would extend down Garden St from the entrance to the Savoy, while the Estoria was a popular spot for films too.
All kudos to PJ Clarke, the Ballina historian, for his archive presentation of the advertisements for the various cinemas that were in the town over the years. This exhibition is worth seeing in the former cinema building that is now home to Ballina Men’s Shed.
As well as the Estoria in Ballina, there was the Central in Claremorris, the Savoy in Kiltimagh, the New Ritz Arena in Ballinrobe, and the Eureka in Charlestown. Darby O’Gill and the Little People was screened in the Savoy in Ballina on Friday, March 13, 1960.
There was a Lenten concert in Ballina Town Hall with artistes from Dublin, Swinford, Ballyhaunis, Sligo, and Ballina on March 6, 1960, and there were plays in the halls too to replace the dances.
On St Patrick’s Night, there would be a dance to break the monotony and then it would be back to the Lenten entertainment until Easter Sunday night.
The admission for dances and other entertainments varied from two shillings and sixpence to six shillings depending on the size of the halls and venues.
Sive was a popular play during Lent but there were various titles and productions for the entertainment of the people. There was the variety concert and three-act play in Crossmolina Town Hall and in the Maple Hall in Balla there was a variety concert featuring the Williamstown Girls Céilí Band with dancing, singing, recitation, and comedies.
There was a great variety concert and question time in the Grove, Bonniconlon, on Friday, March 27, 1960, in aid of the Attymass branch of the National Farmers’ Association. It was three shillings and two shillings to get into the hall that night.
The entertainment commenced at 8.30pm and there were Radio Éireann players featured in the concert. There was the Bridie Gallagher Show in the Star Cinema in Ballyhaunis on April 1, 1960, with four rates of admission 3/6, 2/6, 1/9 and 1/6, while there was an all-star line-up to support the girl from Donegal.
There was a Grand Irish Night in Ballinrobe Town Hall and again the Williamstown Girls Céilí Band performed along with the Redmond School of Dancing, as well as artistes from all over Mayo.
There have been many changes over the years and the observance of Lent has changed, but in recent weeks a new form of constraint has placed a damper on the Lenten season — and we are getting a glimpse of what it was once like in Lent for our parents and grandparents.
Filed under: Ballina, history, Mayo newspaper, North Mayo