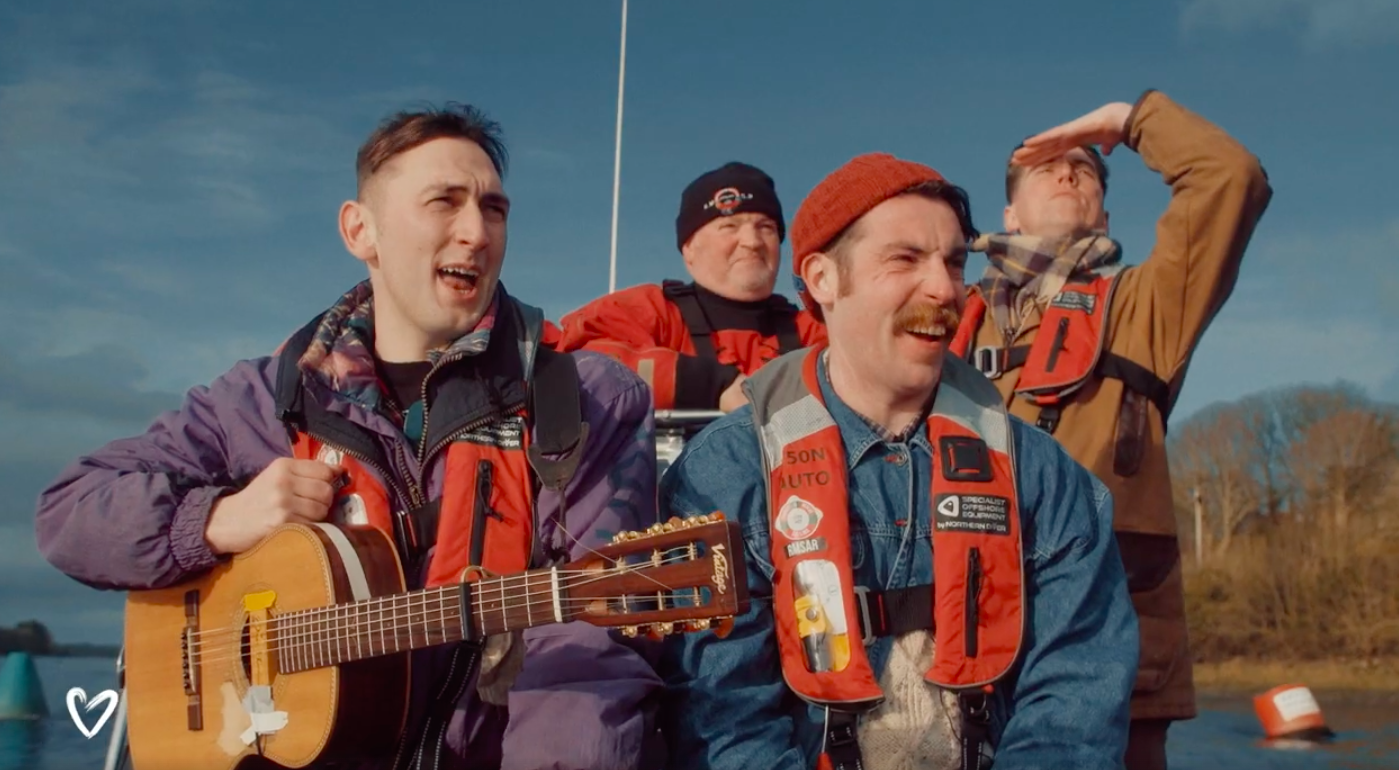 The music video for The Mary Wallopers’ version of ‘Home Boys Home’, which was filmed on a boat on the Moy during Other Voices Ballina, is now online.

Louth-based folk group The Mary Wallopers, who proved a smash hit at Other Voices Ballina at the end of February, have released the music video for their version of ‘Home Boys Home’, which they recorded on a boat on the River Moy while they were in Ballina.

The traditional song has previously been recorded by The Dubliners, The Clancy Brothers and many more and the video was produced with the assistance of Tiny Ark and Moy Search and Rescue.

The Mary Wallopers proved one of the biggest hits of all the acts that came to Ballina for the Other Voices Music Trail. Their gig in Breathnach’s was so packed that the band had to climb out a window at the back of the pub, which led into the locked ceremony adjacent to St Muredach’s Cathedral. The musicians had to jump a wall to get back onto the street, whereupon they ran into a Garda patrol car. They explained who they were, to which the Garda responded by asking which one of the all-male group was Mary.

The video ‘Home Boys Home’ can be viewed here:

Meanwhile, the band will host a live-streamed gig on their Youtube page tomorrow evening (April 10, Good Friday) beginning at 8pm. If you’re tuning into the gig, they ask that you consider making a contribution to the band’s Paypal account at https://www.paypal.me/marywallopers.