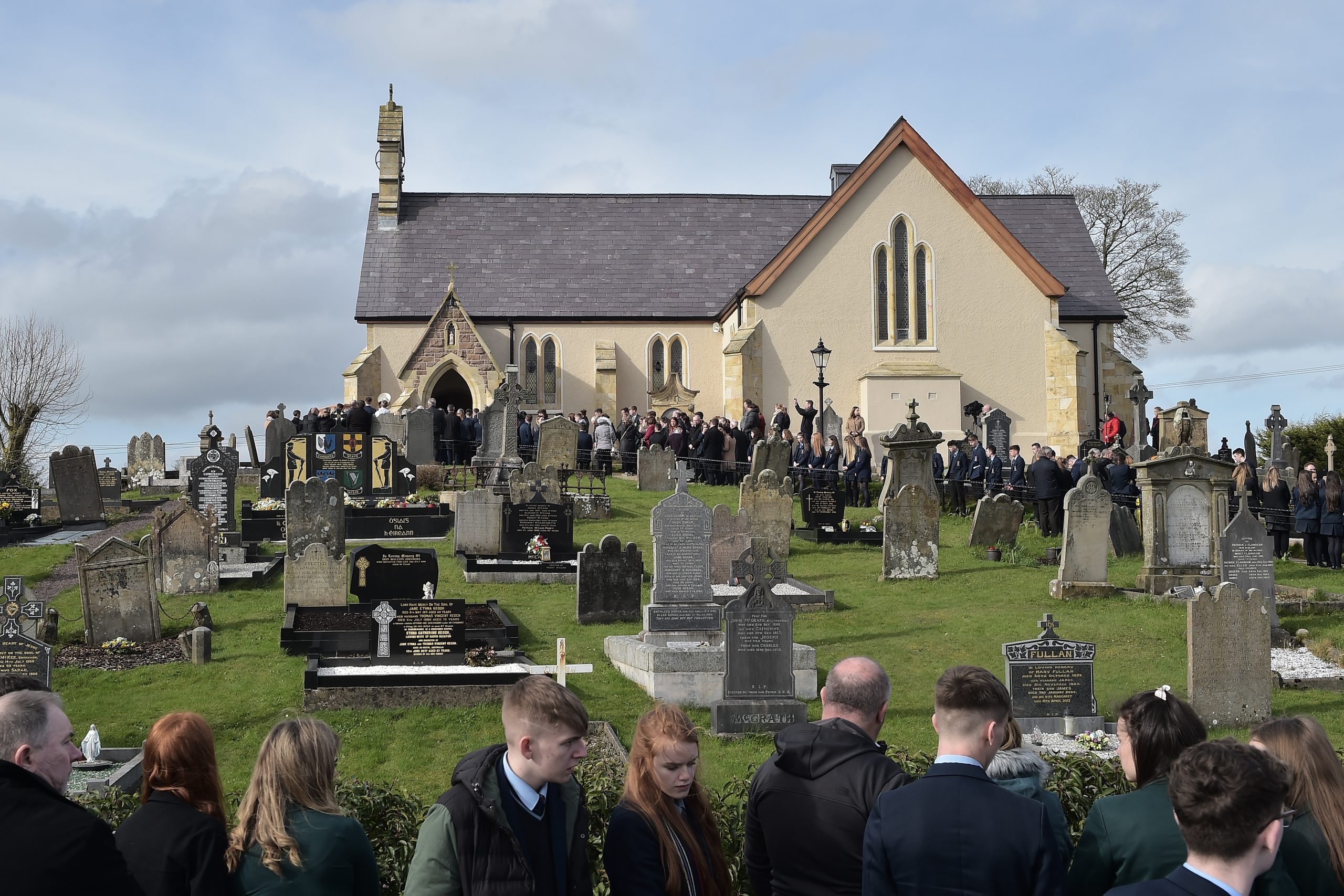 Directions from the HSE to the Irish Association of Funeral Directors have limited funeral services to a maximum of ten people and indicated that there should be no public advertisements of funeral arrangements. Picture: Charles McQuillan/Getty Images

Mayo funeral directors say the traditional Irish funeral rites have altered ‘almost overnight’.
It was recently announced that any funeral service must be limited to ten attendees. The measure is part of restrictions to try and curb the spread of the coronavirus.
The Health Service Executive (HSE) has issued guidance to the Irish Association of Funeral Directors. It advises that funerals can be held privately behind closed doors with family and close friends, but there should be no public advertisement of funeral arrangements — in print or online. However, death notices can be placed without arrangements. There should also be no condolence book or pen at the funeral, and any public reposing should be discouraged — as should funeral home gatherings. Social distancing must also be maintained.
Ballina and Sligo funeral director David McGowan said the new measures and precations do not have to impact on the dignity of the deceased.
“We can do things in other ways. Not the ways we are used to but we have to protect the living as well.”
Mr McGowan said families are ‘frightened’ that they won’t be able to say goodbye to loved ones properly but he is reassuring that ‘everything can be done but differently’.
“When I have been making arrangements with families over the last month all they are asking is ‘Can we see Mum or Dad? Can we take them back to the house? Can we give them a wake within the family?’ Yes, you can as long as you obey everything else. The body of their loved one is the most important thing to families and if you can get that right while putting in certain restrictions it is comforting.”
Castlebar-based funeral director and Independent councillor Michael Kilcoyne says funerals are always a tough time for families but are exceptionally difficult at the moment.
“These are extremely lonely times for families. They don’t have the comfort of their neighbours and their friends.”
He said the loss of that support system and concerns about Covid-19 and the new regulations for funerals ‘compounds their loss’.
However, communities are reaching out to the bereaved in alternative ways.
“People are sending messages of sympathy online. The amount of post coming into the funeral home has increased substantially. We are encouraging people to write to and ring a friend or neigbour who has lost a loved one,” said Mr Kilcoyne.
Mr McGowan said his funeral homes are inundated with similar emails and messages of support for grieving families. He also cited the recent death of a popular woman where around 500 people lined the streets while maintaining social distancing protocols as the funeral made its way to the Church.
Neither funeral director has so far had to make arrangements for a Covid-19 victim.
“When that happens it’s going to be extremely tough on a family,” said Mr Kilcoyne.