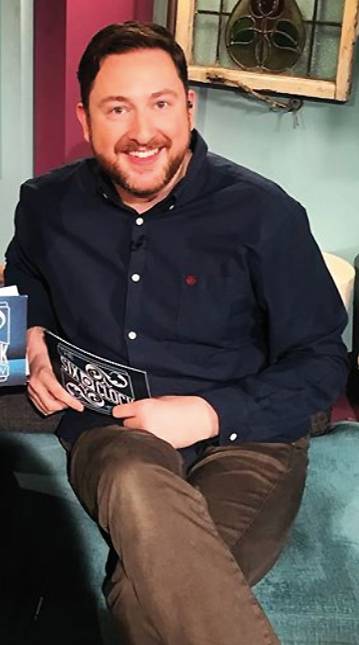 Ballina native Ray Foley is getting used to broadcasting from his spare room.

“Our house is absolutely insane!” said the dad of two boys, aged five and seven.

The Ballina native hosts the breakfast show on Cork-based radio station RedFM every weekday morning while also carrying out presenting duties on the Six O’Clock Show on Virgin Media.

Due to the lockdown, he is currently delivering his radio programme via his Dublin home.

“It’s good to be home and be able to do that. As long as I have a microphone it doesn’t really matter. Technology, particularly radio-wise, has moved on so much that all you really need is a good broadband connection,” said Ray.

Both Ray and his wife, Kate Carolan, who is a journalist with RTÉ, are working remotely.

“She’s in our bedroom with a desk and a microphone in there and I’m downstairs in the spare bedroom doing my work from there,” said the Ballina man.

Ray has noticed his early morning radio show is taking a little bit longer to get going with the morning commute now no longer a daily routine for so many.

“People would have been up early on their way to work or dropping the kids to school. We’re on from 6am to 9am and so it doesn’t really start to get going with listeners until about 8am now,” said the DJ.

But the tone of his show has remained largely unchanged.

“We’re not going to just ignore everything that’s going on but we are definitely putting a lot of focus on the positive stuff. Things that are interesting and engaging rather than just the bad news.”

The Six O’Clock Show studio in Ballymount is a much quieter place.

“It’s a complete shutdown in the studio. Nobody is allowed on the set, no chefs for cooking demonstrations, no guests. Every guest is via Skype now,” said Ray.

Viewership figures for the programme have swelled since the outbreak and it is proving easier to secure big-name guests via Skype than it might have been getting them into the studio prior to Covid-19.

“The calibre of guests we are trying to get is much higher. It’s a lot easier for someone to say ‘Yes’ to a 10-minute Skype interview,” said Ray.

He believes that working remotely may become more of a feature in our lives once things start to return to normal.

“I think employers have learned that it can be done and there is a value to it. Even offering it to employees for one or two days a week could be a way to save money and incentivise people.”