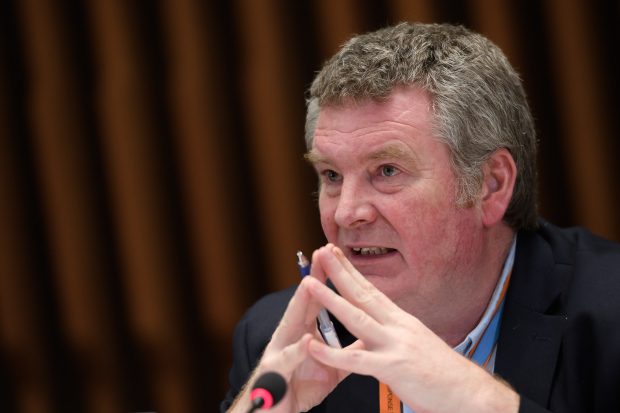 It’s good to see one of our own, namely Dr Michael Ryan, is very much front and centre in the worldwide fight against the Covid-19 virus currently sweeping across the globe.

Dr Michael holds the very exalted position of Chief Executive Director of the World Health Organisation (WHO) Emergencies Programme and is spearheading the drive of the WHO in the containment and treatment of Covid-19 which has paralysed much of the world and resulted in thousands of deaths across many continents and countries with Ireland now very much in the firing line as we try to stop the spread of a virus that knows no borders or boundaries.

Dr Michael, son of Meeta and the late Harry Ryan, grew up in Curry, Co Sligo, where he attended the local national school. He also attended St Joseph’s Community College, Charlestown, or the Marist Convent as it used to be known, and completed his Leaving Certificate in the school.

Michael’s mother Meeta still resides in the town together with lots of extended family and she is very proud of the great strides he has made in his career as he is hugely prominent in the area of infectious diseases with the Covid-19 the latest in a long line of diseases he has battled and strived to eradicate in many parts of the world, most particularly on the continent of Africa.

Dr Michael was quick out of the blocks to flag the damage the virus was capable of inflicting and let the world know in no uncertain terms of the actions governments needed to take in order to prevent widespread loss of life.

He doesn’t mince his words when it comes to the measures governments, authorities and medical practitioners must undertake in order to contain the spread as inaction, he stated, would result in large-scale deaths as evident from the shocking scenes we are currently witnessing in Italy and Spain where the health systems are at breaking point trying to cope and keep people alive.

Dr Michael is a regular visitor to the Charlestown area as he checks in with family and friends. He speaks in very measured but assured tones and is very much on top of his brief with his expertise in the whole area of infectious diseases much coveted and sought after by health systems and governments all over the world.

We are very much in the grip of the virus at the moment here in Ireland as we hunker down in our little pods and cease all contact with family and friends in order to keep the illness from our doors.

It’s to people like Dr Michael that we look to for guidance in these trying times and we wish him continued success in his career as he continues the fight against the myriad of diseases that threaten our very survival with the Covid-19 probably the greatest threat to our existence in our lifetime at the very least.

First flight lands at Knock Airport after suspension is lifted