Newport bell to ring out to mark anniversary 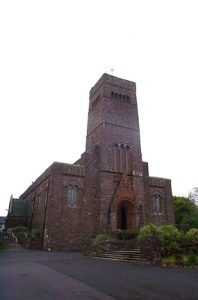 The church bell at St Patricks Church, Newport will toll at 3pm today to mark the towns 300th anniversary.

The historic bell of St Patrick’s Church Newport will toll today at 3pm to mark the town’s 300th anniversary.

The ringing of the bell will mark the signing of the original lease between Thomas Meddlicott and Captain Pratt, which was signed on April 2, 1720, thus creating the town of Newport.

The celebration of the town’s 300th anniversary, known as Newport 300, has been put on hold for the time being due to the Covid-19 pandemic impacting large gatherings.