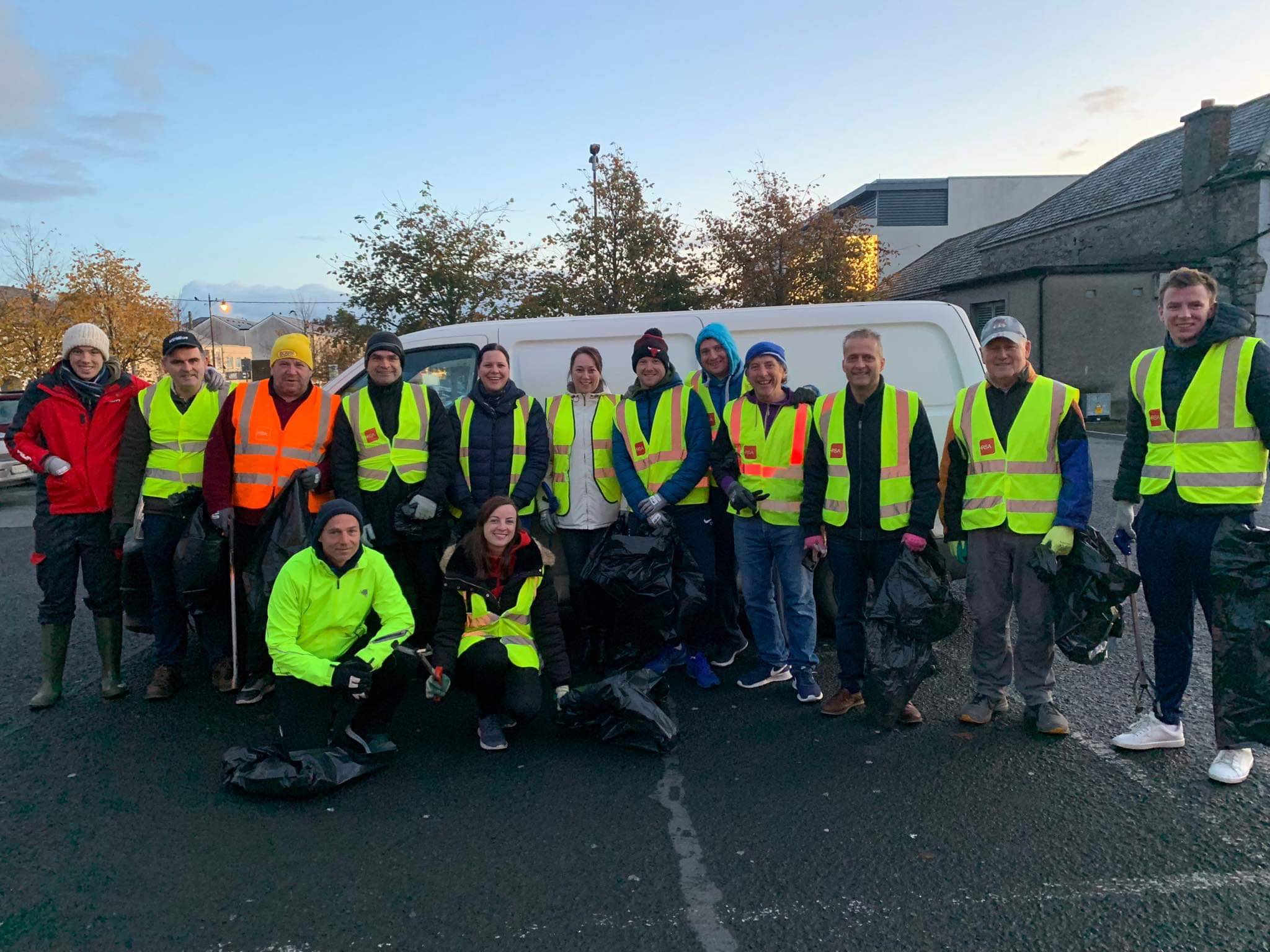 Established just over one year ago, the voluntary Ballina Community Clean-up initiative has gone from strength to strength and is now expanding its remit to address the enhancement of the town’s biodiversity as well as its cleanliness.

The initiative was born out of the election campaign of councillor Mark Duffy, who was contesting for a seat on Mayo Co Council in the Ballina Municipal District for the first time.

While many great local organisations have been contributing to the upkeep and maintenance of Ballina for many years, Mr Duffy felt it was an area where the need for voluntary assistance was ever-growing.

The Ballina Community Clean-up weekly patrols were duly launched and have continued every Saturday morning since, from 8 to 9am.

Mr Duffy explained that the clean-ups take the form of a fun, social walk about in a pre-selected community area with the aim of leaving a positive environmental impact.

More than 100 volunteers from all walks of life have taken part in the weekly litter clean-ups over the last year. The initiative has also proven a helpful resource for newcomers from places like Bulgaria, France, and Serbia who have come to Ballina to work with local industries. like Hollister and Ballina Beverages.

“The group is like a fast-track into the community for them and helps them to quickly create a network,” Mark explained.

He said successful collaboration with many local agencies and organisations has resulted in the formation of a stakeholder group that includes Ballina Community Clean-Up, Ballina Lions Club, Mayo Co Council, Ballina Tidy Towns Committee and Moy Valley Resources and ensures a cohesive approach by all parties involved in the enhancement of the town.

Community clean-up members also make themselves available on the occasion of major public events in the town such as the Christmas lights ceremony, the Other Voices festival, and the Mary Robinson Centre lecture.

Their work would not be possible without the goodwill of the general public and the much-appreciated support of the many Ballina businesses that have sponsored various tools and equipment for them.

Their recent expansion into the area of protecting local biodiversity was inspired by an Irish Times article that reported on how Ireland’s population of bees is starving to death.

Previous Tidy Towns reports had already recommended that Ballina do more to protect biodiversity and so the community clean-up members devised the Beelieve in Ballina scheme which provides for the planting of wild flowers to facilitate pollination on the main approaches to the town.

Unfortunately, the social distancing guidelines being observed at present as a result of the coronavirus crisis means the activities of the Ballina Community Clean-Up and Beelieve in Ballina initiatives have been temporarily suspended.

But Mr Duffy says he hopes the Ballina people take an opportunity during this period to consider how they can contribute to the enhancement of the town and/or sustainability.

Casey: ‘I didn’t speak to David Brady for two years’