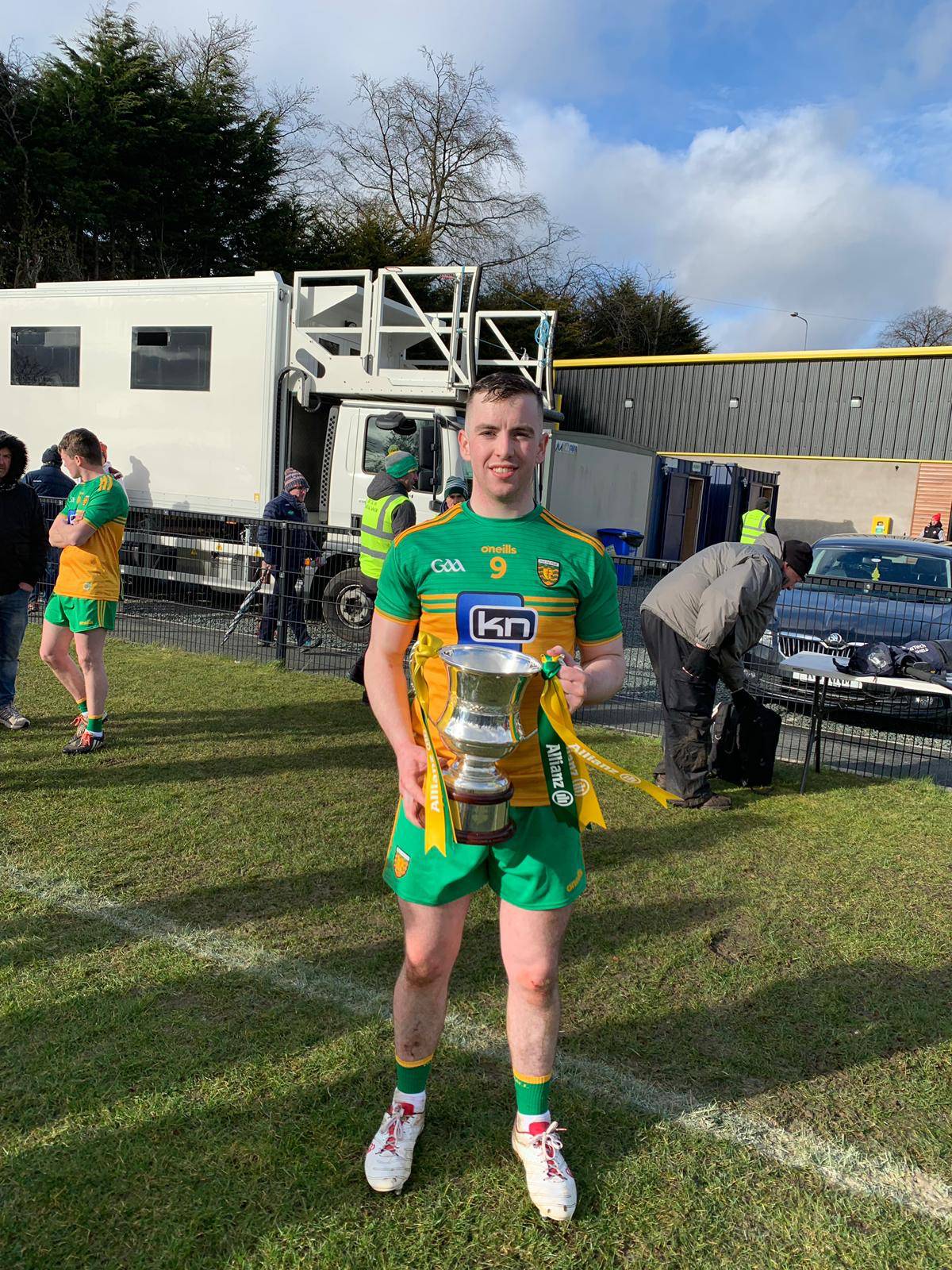 Hopes of league success may have faded for the footballers and hurlers of Mayo alike this season, but at least one man from the county has won an Allianz National League medal in 2020 after Tooreen’s Ciarán Finn lined out at midfield for Donegal in their Division 3A hurling league final win over Armagh last Sunday week.

An epic encounter, played in Carrickmore, Co Tyrone went right down to the wire with Armagh man Declan Coulter ironically top-scoring for Donegal to help account for his native county by 1-18 to 0-19.

Armagh had already beaten Donegal in the group stages by 2-17 to 0-15, so there was certainly an incentive for the Tir Chonaill men to seek revenge in the final. They got an early goal from Tyrone native Gerry Gilmore but it certainly wasn’t an easy game by any means.

“As you would expect, no league final or any game was going to be an easy match,” Finn, a Garda based in Letterkenny, told the Western People this week.

“Obviously we had a bit of a point to prove, after that first day out in Letterkenny where we sort of let ourselves down with our shooting and just our performance in general. It wasn’t to the standard that we knew ourselves we could produce and were capable of producing and had produced in games in the past.

“We really had to prove ourselves that we just weren’t there to take part in the final. Obviously we did have a great start but Armagh put it up to us.

“With those lads up against you, you are always going to have a challenge. It was good for us to come through the bit of adversity we had in the game, especially when they started coming back at us, and push on and get our few scores at the end to finish out the game.”

It’s been a great 2020 so far for Finn, with Tooreen hurlers also reaching the All-Ireland Club junior semi-final. They were beaten narrowly by Fr O’Neill’s of Cork in January.

“I had a very good year last year with Tooreen and the year before with Donegal we won the Nicky Rackard Cup,” he said.

“With Burt that year we won the county title and then obviously last year I won the Mayo and Connacht titles with Tooreen, going all the way to the All-Ireland semi-final and that continued into this year. Hopefully it’ll be another good year for both Tooreen and Donegal all going well.”

Ciarán’s dad Brian is a well-known figure to many on the Mayo GAA circuit, having managed Tooreen and Mayo hurling teams in the past, and he was in Carrickmore to support his son in Donegal colours for the final. Indeed he has been a constant presence at all of Ciarán’s games across the country over the years.

“My father is an avid GAA fan in general,” he said. “He’s a former manager of Tooreen’s seniors and he was our manager in 2013 when we won the Mayo title for the first time in 10 years. We went on to the Connacht final that year and lost to Kilnadeema-Leitrim. He was part of the management with Jackie Coyne that year. He’s involved with a lot of underage also and the under-16 footballers in Claremorris as well. He would travel anywhere, and to support me he would always be there. He would have as much a keen interest in the game as anyone else.”

Donegal and Armagh are due to meet again in the first round of the Nicky Rackard Cup this summer – coronavirus pending!

“It’s one-all so far this year, but we’ve got the silverware,” Finn said.

“It’s a bit more bitter for them to have beaten us in the first game and then lost the final. We know both teams are going to be aware of every player and how the team is set-up and who the danger men are on both teams. 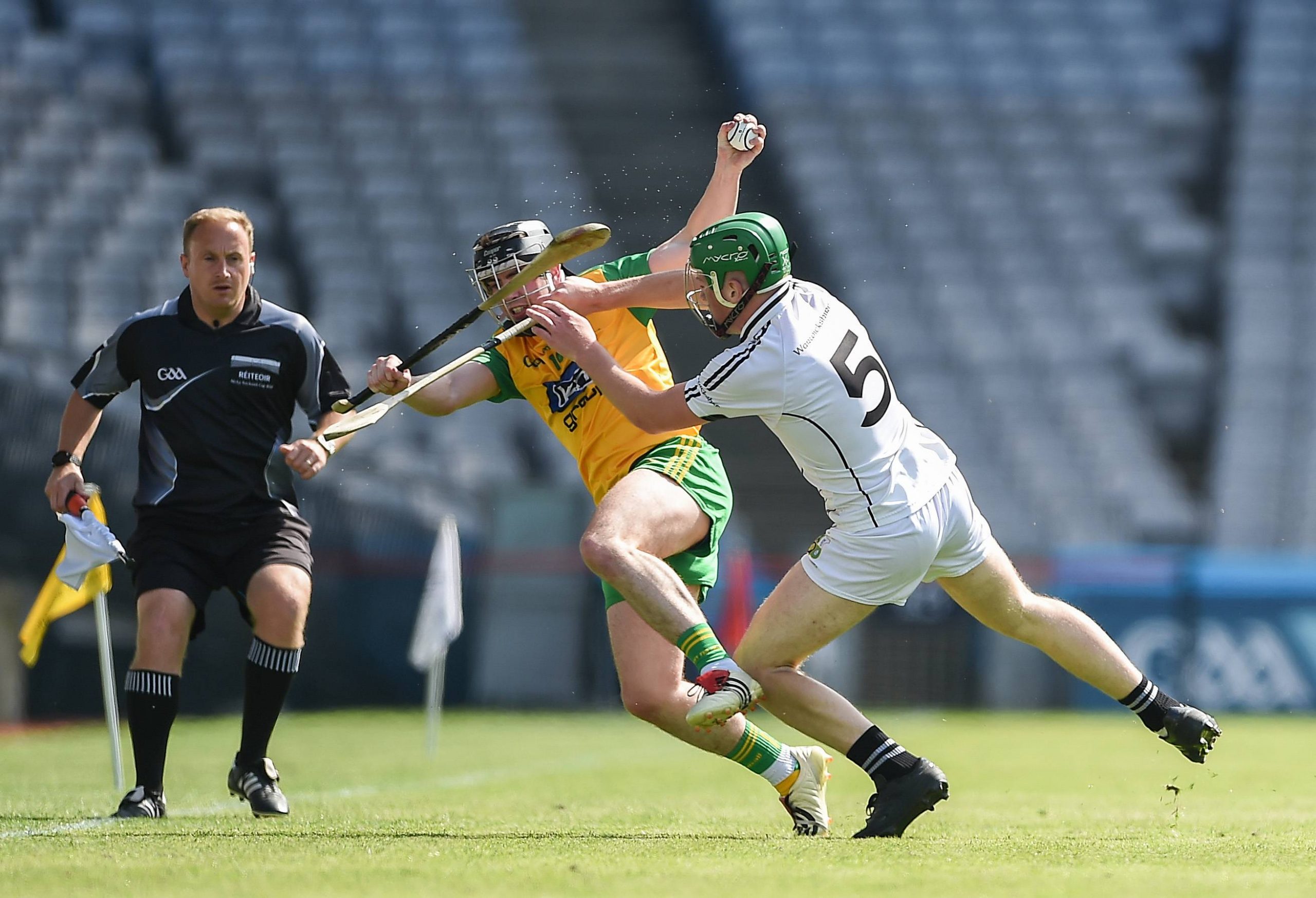 And should the competition go according to plan, with both counties in separate groups, there’s a strong chance Donegal and Mayo will meet in a semi-final or final.

“The possibility of facing Mayo has always been there in the last few years,” Ciaran Finn acknowledges.

“It’s always nice playing against lads that you would be always be playing with. It’s a different angle on the game. Going from teammates to being rivals. We know exactly what Mayo can bring to the table. They were playing in Division 2A in the past few years and I know it hasn’t gone particularly well for them this year, because the opposition are of a much higher standard than most teams in our championship will ever be, us included.

“Regardless of results, they are taking great experience and being exposed to a great level of hurling playing the likes of Kerry and Offaly in the league. They will take that into the championship and we know that they are going to be a force to be reckoned with, just from that alone.

“Mayo obviously have done very well in the league in the last two or three years, winning 2B and being up in 2A. Obviously they have just got relegated very recently but they are going very well and will be a big challenge for us in the Nicky Rackard if both teams get through.”

“We were in the same Division in 2017, they were our first game in the league the year they won 2B. We played them in Ballina and they beat us and went on to remain unbeaten and get promoted to Division 2A. We’ll hopefully get one back over them if I’m still here playing with Donegal. It would be one to aim for.”

Australian return hangs in the balance for Rowe

Emily is chasing the American dream