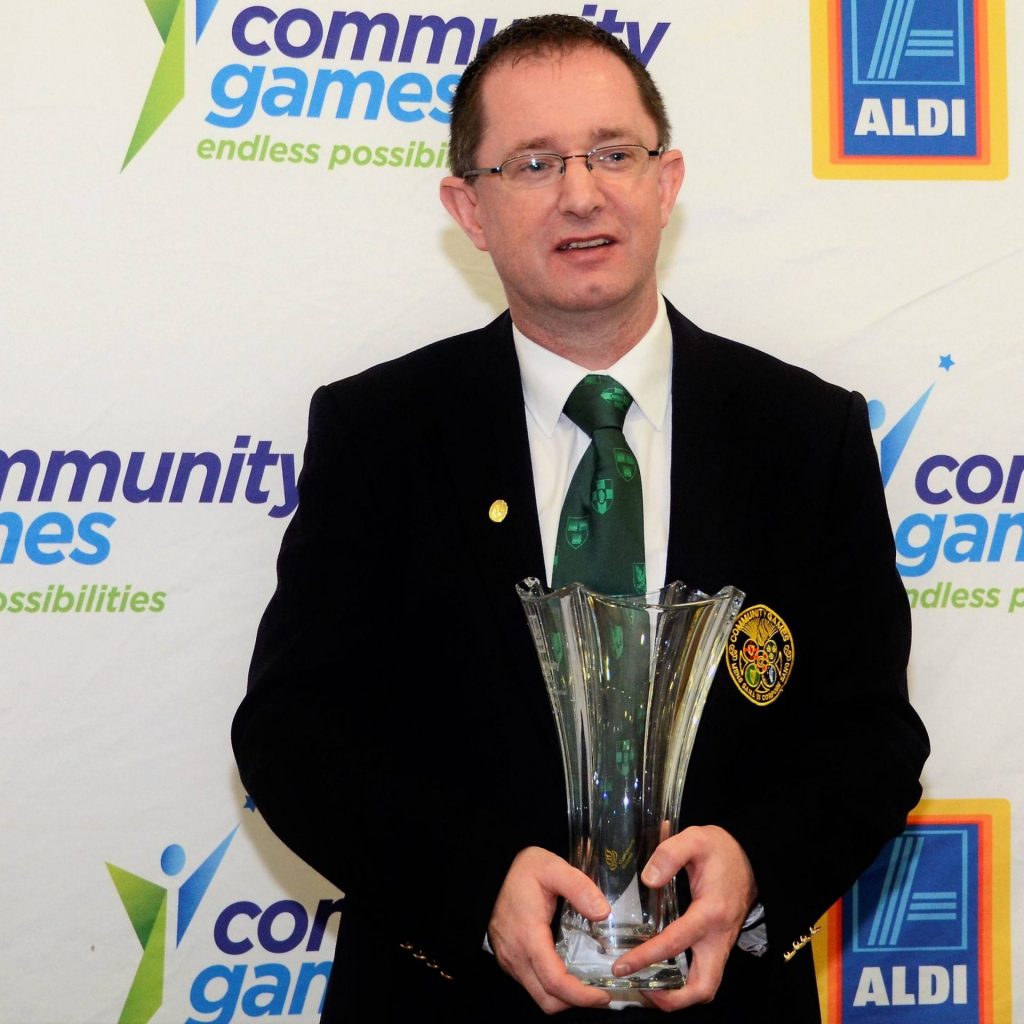 Gerry McGuinness from Crossmolina, who was elected as the new national president of Community Games at the association’s AGM in Sligo at the weekend.

Crossmolina native Gerry McGuinness has been elected as the new national president of Community Games. McGuinness was elected to the role at the association’s Annual General Meeting, held on Friday and Saturday at the Radisson Blu Hotel in Sligo.

McGuinness has been an ambassador for Community Games in his local area of Kilmurry and also with the Mayo, Connacht and National Community Games, where he has served as an executive officer in recent years.

Nobody could question Gerry’s commitment to the Games over his lifetime in sport. He has given years and decades to promote the games in his native county and has helped to ensure that Mayo Community Games enjoys great participation with 38 registered areas.

His election to national president of Community Games was firmly endorsed by the assembled delegates, who elected him on the first count.

The AGM was an overall success with delegates attending from all regions of the country. Newly elected officers were voted into office and motions and recommendations were debated on the floor throughout the weekend.

The delegates heard that Community Games faces many challenges on the road ahead but it is believed that the incoming officers and board of directors have been given the mandate to face any major obstacles. For over 50 years, Community Games has been there to support the fabric of Irish society.

There are now over 180,000 children taking part in some element of Community Games in every corner of the country, with the generous support of Aldi. Community Games offers opportunities to children aged from 6 to 16 in sport and culture.

Volunteers are always welcome and if you are interested in helping out in your local area, log onto www.aldicommunitygames.ie.

The National Festivals will be held in the University of Limerick from May 29-31 and from August 14-16.