Ballina resounds to Other Voices 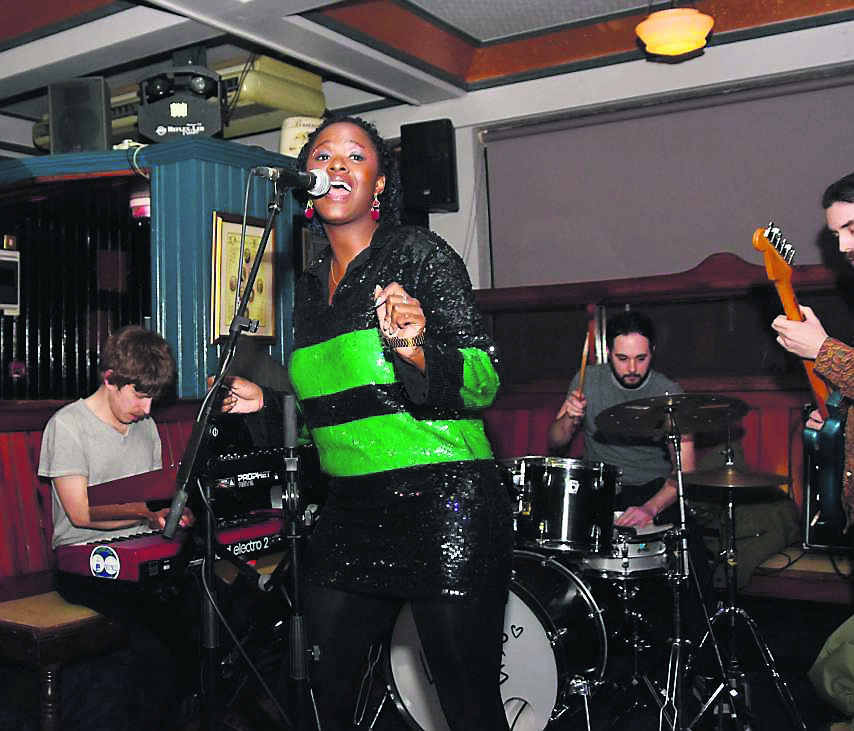 Shookrah performing at the Other Voices festival in The Cot and Cobble. Picture: John O’Grady

The brilliance of the Other Voices festival and the appeal of Ballina town were recurring comments among the diverse acts that performed in the north Mayo capital last weekend.

The unlikely event – that takes some of the biggest names and most exciting rising stars from the music world to peripheral locations for a weekend of extensive performances – worked its magic once again when it returned to Ballina for the second time on Friday and Saturday.

Storm Jorge was brewing but it didn’t deter music fans from far and near making their way to the Salmon Capital to be a part of the experience.

The presence of high-profile acts like Elbow and David Gray on this year’s schedule no doubt added to the buzz surrounding Other Voices Ballina 2020 and tickets for the televised gigs they headlined in St Michael’s Church were in huge demand.

The Western People was an official media partner to the event and, as a result, luckily received some of the coveted Elbow passes.

A brief period of queuing while the opening acts of Jesca Hoop and JyellowL finished their sets on Friday night afforded a new appreciation of the magnificence of the 250-year-old St Michael’s which was atmospherically illuminated for the occasion by the Other Voices crew.

The changeover for the second part of the night was efficient and seamless and we quickly found ourselves seated and ready for The Howl and The Hum to play.

The York outfit was bemused but enchanted to find themselves performing on an altar but treated the capacity congregation to a flawless performance of poetically-structured, thought-provoking songs.

They were followed by Skinny Living. That Wakefield-based indie rock group’s melodious sounds were right at home in such a reverential setting and it was lovely to hear them record their thanks for the kindness and help that had been afforded them throughout their visit to Ballina.

If the audience was not already pinching itself to ensure they were not dreaming this remarkable experience, they surely must have been when headliners, Elbow, bounced on stage to conclude the gig.

The multi-award-winning Mancunian group has played some of the biggest stadiums and arenas around the world but frontman, Guy Garvey, confided that Other Voices is one of their favourite festivals to play.

They treated us to a wonderful selection of songs including personal favourites like Lippy Kids, Grounds for Divorce and the exquisite Scattered Black and Whites.

Garvey – the supreme raconteur – had us in the palm of his hand from the get-go, fashioning an intimate commune the likes of which none of us is ever likely to experience again.

More great music continued as we made our way across the Moy from St Michael’s to the Other Voices Music Trail venues.

It was great to see such a mix of locals and visitors come out in force to enjoy the trail.

Even more impressive was the presence of other festival acts among the audiences, supporting their fellow Other Voices artists – just another aspect of the brilliance of this festival’s formula which puts music and creativity centre stage.

Its weakness – a weekend is simply not long enough!