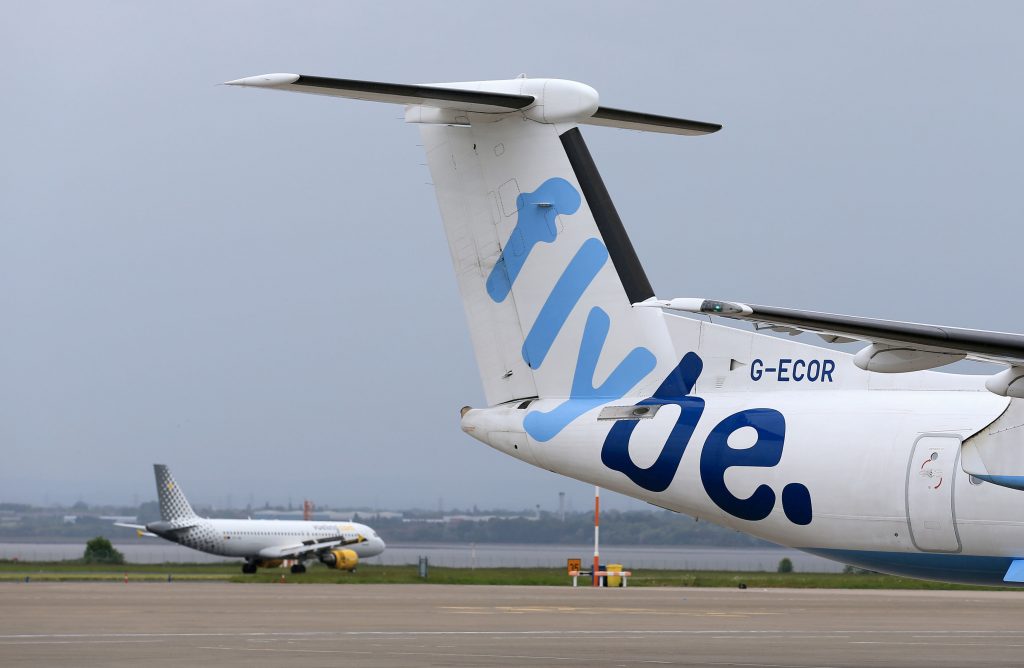 There is disarray among many West of Ireland passengers this morning (Thursday) with the news that flights from Ireland West Airport Knock to Manchester, Birmingham and Edinburgh have ceased with immediate effect. That’s as a result of Flybe, Europe’s largest regional airline, collapsing into administration just two months after the UK government had announced a rescue deal.
The news was confirmed by the UK’s Civil Aviation Authority (CAA).
In a statement issued to the Western People, IWAK has urged any passengers booked with Flybe should not travel to the airport unless they have arranged an alternative flight with another airline.
“We regret the loss of Flybe, which has played an important role over the last ten years in providing important access to the West of Ireland with flights to and from Birmingham, Edinburgh and Manchester and our thoughts are with Flybe staff whose jobs have been affected by today’s news.”
Alternative access from Knock to the North West of England and the Midlands region is provided by Ryanair’s year round services to Liverpool and East-Midlands Nottingham, however, the airport says it will actively seek alternative airline carriers to operate the routes vacated by Flybe’s closure which comes with the loss of 2,000 jobs.
Flybe operated almost 40% of domestic flights in the UK but after its government stalled on a £100milllion loan, the tipping point seems to have been the loss of bookings due to the coronavirus.
Affected passengers with existing bookings are asked to visit www.flybe.com.