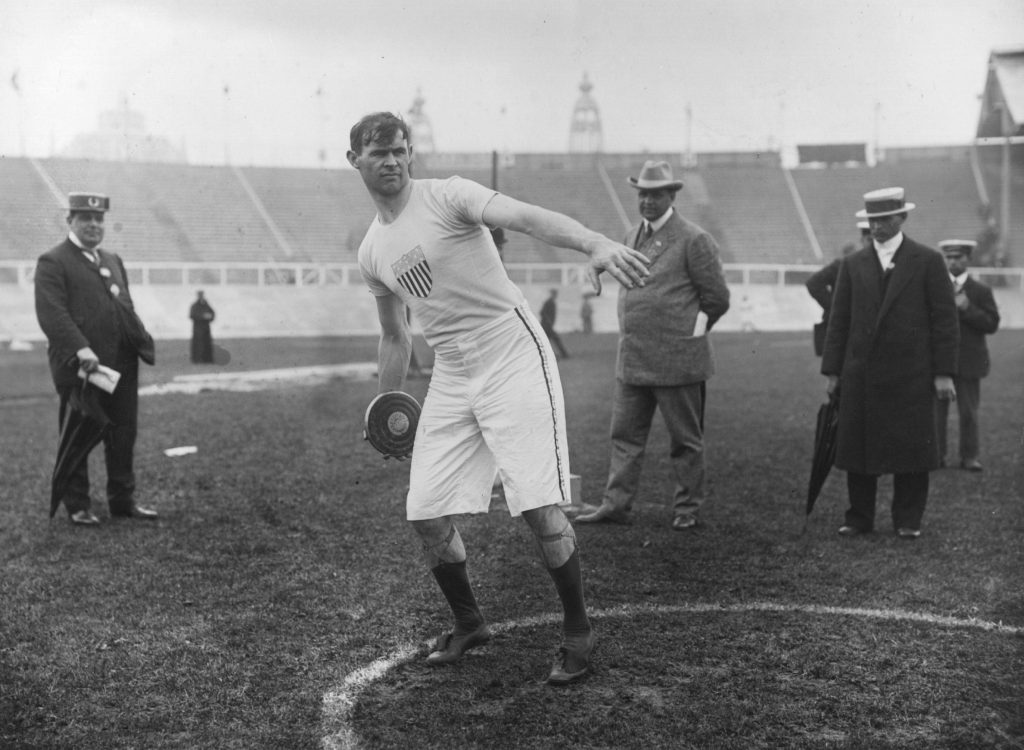 Martin Sheridan throws the discus on his way to winning the event at the 1908 London Olympics. A bursary, established in memory of the Bohola athlete, is available to sportspeople in Mayo. Picture: Topical Press Agency/Getty Images

Applications for the 2020 Martin Sheridan Bursary awards, in association with the Western People, remain open for another two weeks.

The awards first came about following discussions between then councillor Joe Mellett and Bohola man Joe O’Neill regarding the desire of Mayo County Council to recognise in some manner the achievements of Martin Sheridan. The idea of a bursary was brought before the council by Mr Mellett and received unanimous support. The council approved €5,000 for the bursary awards in 2013.

The Martin Sheridan Bursary Awards are for sportspeople who have excellent potential, outstanding ability, have the desire to perform at the highest level possible in their chosen sport, and have the potential to bring recognition and success at national and international level to Mayo.

Martin Sheridan is among the greatest athletes ever to emerge from Ireland. Born in Bohola in 1881, he emigrated to America aged 18 and joined the New York Police (NYP), training as part of the NYP athletics team and qualifying to represent the US in successive Olympic Games. Over a period of 14 years, Sheridan won more Olympic medals than any other Irish athlete — five gold, three silver, and one bronze. He also won 12 US Championships and more than 30 Canadian, Metropolitan, and regional championships.

In the course of his career, he established 16 world records and was considered virtually unbeatable. Martin died at the age of 36 from a viral infection.

The committee is grateful to Mayo County Council for its ongoing support of the awards.

Applications must be received on or before March 20.