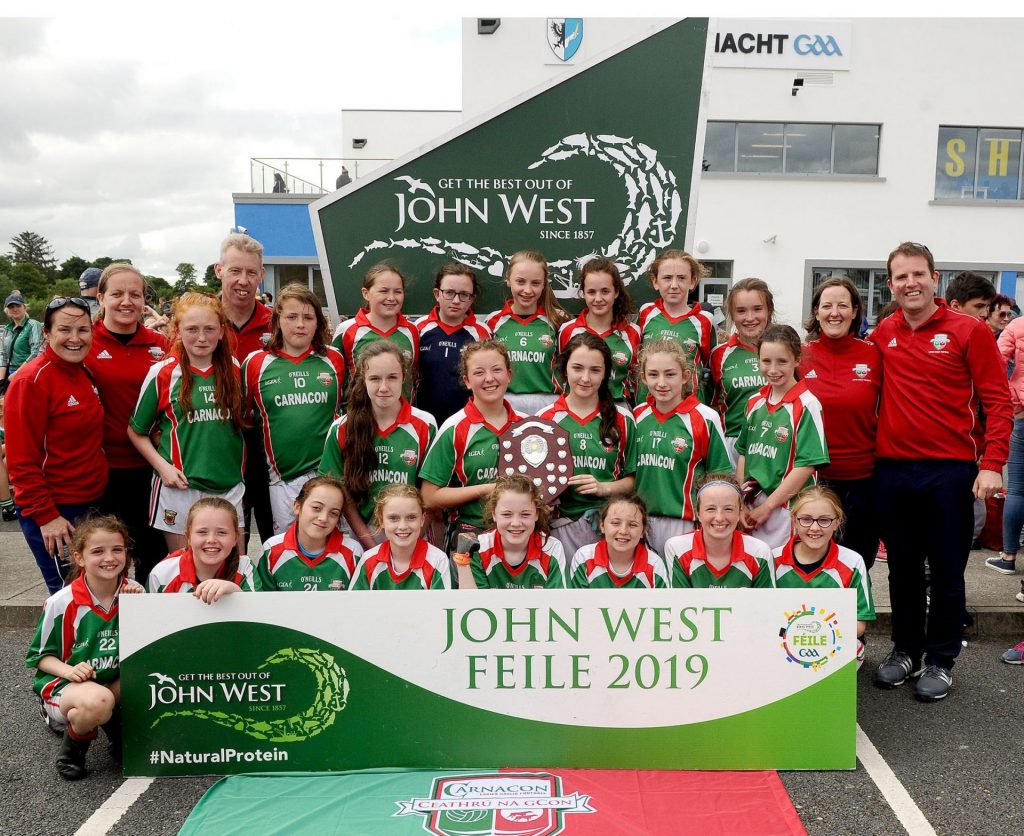 Mayo clubs gearing up for this year’s John West Féile are being offered four chances of winning €1,000 worth of kit for their team.

To be in with a chance of winning €1,000 towards their Féile 20 kit, all teams have to do is send a short video through the Teamer app featuring their club’s best Féile memories. Ideas can include profiling a Féile hero, photographs set to music of a magical Féile moments, Féile journeys, the role of your coach, training highlights, parental support and host family memories.

“Before we know it the John West Féile finals will be upon us,” said Lucy Gratton of John West

“We know getting to the finals requires fundraising to support the journey. That’s why we are giving four clubs the chance to win €1,000 each towards their Féile 2020 kit.”

“A core aim of Féile is to promote the philosophy that every player should participate at a level fitting with their age, skills and strengths as well as allowing clubs to play against and foster links with teams in other counties and provinces,” continued Lucy Gratton.

“Creating and sharing special memories is also a very important part of Féile and we would like clubs to share a video which highlights this.”