Will League vagaries be what kill or rescue Horan’s men? 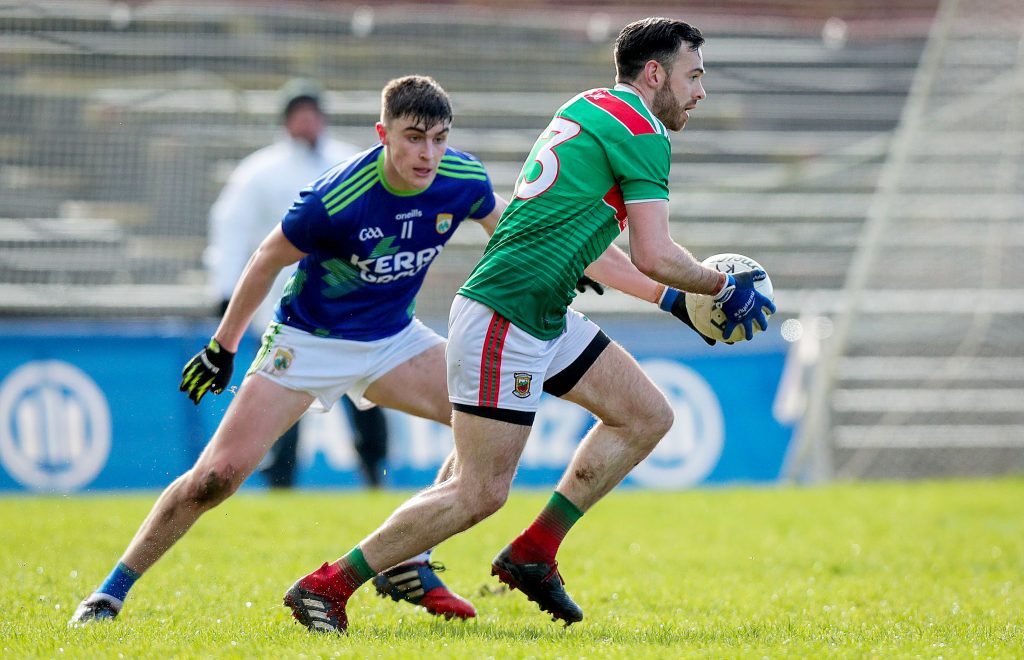 What happened in Omagh last Saturday night — and the consequences it has had for Mayo — represents both the absurdity and attraction of the National Football League.

How Tyrone, within the space of six days, could lose to one team by 19 points and beat another by six, isn’t as easy to explain as are the implications for James Horan’s side who now sit three points adrift of the Red Hands and two adrift of Donegal, both teams who Mayo really could have done with dropping points at the weekend.

Of course, it wasn’t just any team who Tyrone beat but five-time All-Ireland SFC champions Dublin.

Nor was it just any team who Tyrone lost to by such a cricket score but Galway, whose chance now next Sunday week could be to end Mayo’s unrivalled spell in Division 1, which spans more than two decades. Of all the teams to whom it could fall to deliver such cruelty!

But it is Donegal’s cakewalk against Monaghan in Ballyshannon on Sunday (and, of course, Mayo’s loss to Kerry) that has really separated the Green and Red from the pack, the Farney outfit also two points clear of Mayo who occupy the only relegation berth that remains following Meath’s immediate return to Division 2.

The Royals were demoted by the Tribesmen with Padraig Joyce’s team now knowing another victory over their great Connacht rivals next time out could assure them of a place in the NFL Final.

It’s difficult (or maybe it’s not) to know what would give the Maroons most pleasure; qualifying for Croke Park or extinguishing Mayo from the upper echelons. They’d relish killing two birds with the one stone.

Up until the 36th minute of the first half, a half in which a significant wind blew at their backs, a pointed free by Darren Coen and one point from play by Tom Parsons represented the sum total of Mayo’s scoring. For all the world Kerry looked to be steamrolling their way to a third consecutive League victory in Castlebar.

And even when Kevin McLoughlin closed that opening period with two pointed frees and Diarmuid O’Connor opened the second with two more, when Ryan O’Donoghue opened his scoring account in the 46th minute that was only Mayo’s second time in the game to score from play.

Worse still, that solitary point by the Belmullet man was to be the only one scored from play by one of the six starting Mayo forwards up until Kevin McLoughlin struck in the fourth minute of stoppage time. In stark contrast, Kerry’s starting six would end the match having scored 1-7 from open play. And you wonder why Mayo are in the bind they are?

Unfathomably scoring four points with the wind and a goal and nine points against it, Sunday’s contest at MacHale Park ended with Mayo having clocked 11 wides to Kerry’s four, and that’s not to count other missed efforts, such as Diarmuid O’Connor’s and Darren Coen’s that dropped short in the first half, or O’Connor’s free which hit an upright in the second.

Viewing the bigger picture, compared to their next opponents Mayo have scored 28 points less than Galway and conceded nine points more over the course of the opening five rounds — but it’s their statistics when stacked against the teams over whom they hope to leapfrog to safety that for now would seem most relevant.

The fact that Mayo conceded 2-16 to Monaghan last Sunday week whereas Donegal conceded just 0-8 against the same opposition seven days later should serve as a real eye-opener. It suggests a Donegal team coming into form just when they need to the most.

For their part, Monaghan have scored eleven points more and conceded six points less than the Green and Red – but they have the added advantage of a home match against the division’s whipping boys Meath still to come in the final round, which you feel they would be certain to win if their place in the top flight depended on it.

Mayo’s most straightforward route to safety would be to win their remaining two matches, away to Galway and at home to Tyrone, and hope that the latter have also lost their next game away to Donegal. In that scenario the Green and Red would have finished on seven points compared to Tyrone’s six, their safety ultimately secured by virtue of a winner-takes-it-all showdown with the Red Hands in MacHale Park.

The difficulty with Mayo getting results from their remaining two matches but ending up tied on points with their main relegation rivals is two-fold; their scoring difference (points scored compared to points conceded) of -15 is far worse at present than the +18 of Donegal and the +2 of Monaghan, plus they fare second best to Monaghan on the head to head record by virtue of their recent defeat in Clones.

See this week’s print edition of the Western People for extensive coverage of Mayo’s Allianz Football League campaign including a report, reaction and analysis of Sunday’s defeat to Kerry.