Other Voices music trail is a microcosm of rising stars 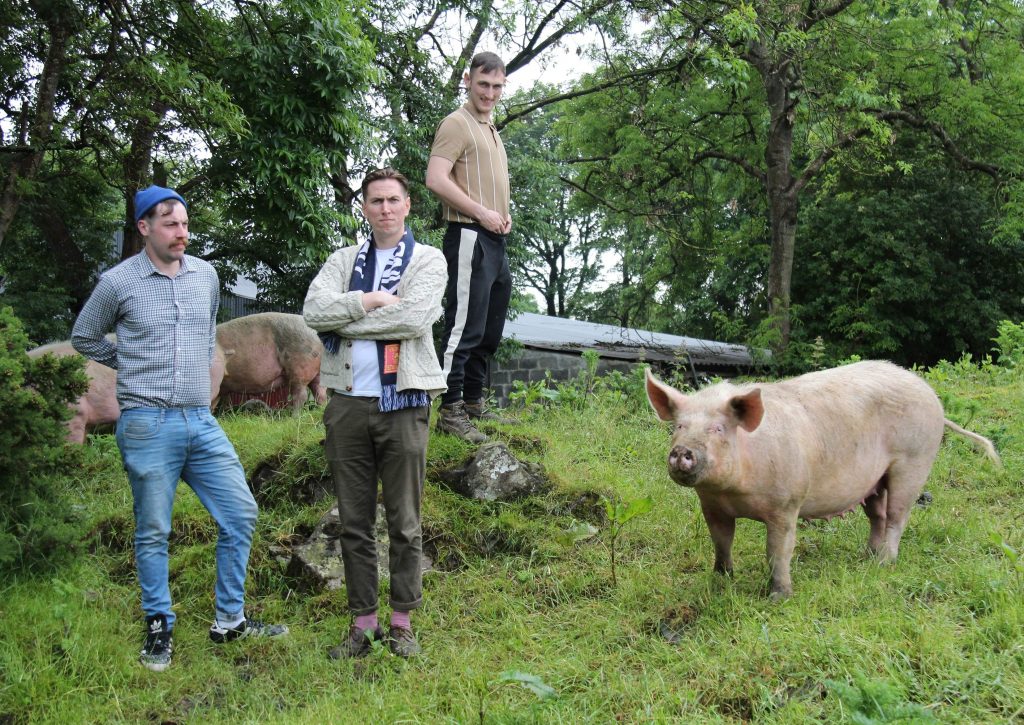 Music trail act The Mary Wallopers have been described as a cross between the Clancy Brothers and John Lydon!

Indulging a love of live music can be a challenge if you don’t live in one of Ireland’s larger cities where the majority of gigs tend to be based.

But next weekend, the attendance at Other Voices Mayo, will get to experience the current Irish music scene in one microcosm, thanks to the Other Voices music trail.

With time and capacity limits constricting the trademark Other Voices televised concerts, the event’s producers extended the event some years ago with the addition of the music trail which maximises the opportunities to showcase up-and-coming acts.

The trail is comprised of a series of free gigs that will be staged in a cluster of venues across the town of Ballina over the course of the Other Voices festival on Friday and Saturday, February 28 and 29 next.

Festival-goers will be treated to live performances by a wealth of musical talent from a divers range of genres that ensures all musical tastes will be accommodated along the trail over the course of the two days.

More than 30 great acts will be featured on the music trail which takes in such local venues as The Loft, T Breathnach’s, An Sean Sibin, An Bolg Bui, Harrisons, Paddy Macs, Bar Square, An Tarbh 47, The Cot and Cobble, Vincy’s Bar, and Shambles.

Thanks to Other Voices’ partnership with Virgin Media, these venues will also be live streaming the performances from St Michael’s Church on the Friday and Saturday nights.

This means anyone not lucky enough to win a coveted ticket to the church gigs can enjoy the performances as they are taking place in high definition audio visual on a huge screen from a cosy spot in their pub of choice.

Indie folk fans will be accommodated courtesy of the sextet Runabay from the Glens of Antrim.

Also blazing the trail is multi-instrumentalist Anna Mullarkey whose music is a blend of folk, jazz and electronica.

A folk-pop fix will be supplied by duo Elkin while Cork collective Shookrah will serve up synth-grooves and alternative R&B.

If your musical tastes are a little more extreme then check out the post-punk/psychedelic vibes of Belfast’s Junk Drawer.

Indie pop artist Lydia Ford will feel right at home on the Other Voices music trail in Ballina as she is a native of neighbouring Castlebar.

Travelling to the trail from the capital is Dubliner Nnic whose sound is classified as neo-soul with an electronic edge. Fellow Dubliners, Sprints – a raw and raucous post-punk outfit – are also tracking the trail to Ballina.

Further music trail acts include Nordie indie band Ports; rapper and spoken word artist Murli, who is one-third of Limerick’s Rusangano Family; Squarehead – who create bubblegum pop – and the raw and energetic Dundalk folksters, The Mary Wallopers who have been described as the Clancy Brothers meets John Lydon!

Also performing on the Ballina trail over the weekend is Galway songwriter Maija Sofia. She will play a collection of songs from her RTE Choice Prize-nominated debut album ‘Bath Time’ which explores the female experience throughout art, history and folklore.

MC God Knows, another member of the Rusangano Family, promises an electrifying music trail performance that will also feature Citrus Fresh who delivers on a wave of Irish cloud-rap plus Hazey Haze and some other very special guests.

Dublin artist, Kynsy, fuses elements of indie, rock and electronic music to create her sound. She has already been highlighted as one of 2fm’s Rising Artists of 2020 and her live performances have clearly marked her out as one of Ireland’s most exciting new talents.

Farah Elle is another dynamic singer-songwriter taking part in the trail.

If you like hip-hop then make sure to check out the powerful lyrics of Dublin artist Nealo but if your preference is pop then you might prefer the soulful silky vocals of Rushes.

Expect a high-energy, no holds barred rock show from Sick Love when they take to the trail.

Further trail highlights include the raw and captivating vocals of Amy Montgomery, experimental rock from Percolator and old-school soul funk, and pop from Uly.

Hailing from Galway, Roisin Lowry is Lōwli: an exhilarating artist with ethereal melodies.

Folk fans will find plenty of aurul treats along the trail too including traditional folk singer and multi-instrumentalist John Francis Flynn, Armagh singer DANI, who takes inspiration from Irish traditional melodies, and – last but not least – Mayo’s own Graham Sweeney whose blend of Irish folk and irresistible rhythms is infused with an overwhelming sense of his native place, Achill Island.

All festival-goers who collect wristbands from the hub will have the opportunity to win a multitude of great prizes including tickets to the St Michael’s Church concerts, signed Other Voices Ballina posters, Other Voices merchandise and lots more.

Entry to all music trail events is on a first-come, first-served basis.