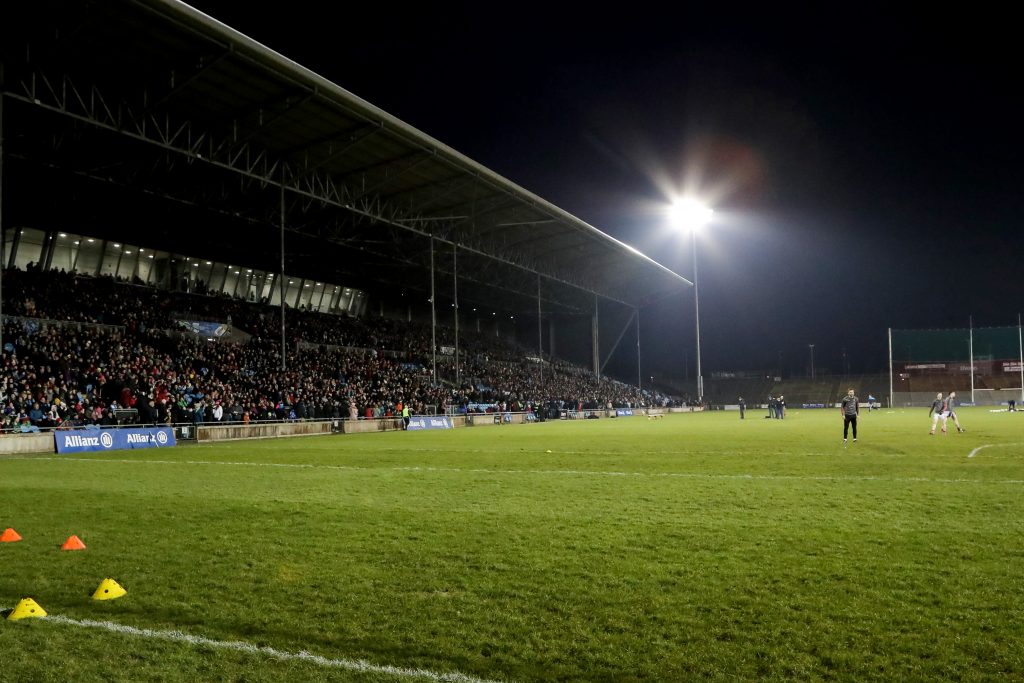 MacHale Park may find itself empty on Saturday evening depending on a decision of GAA officials.

The impending arrival of Storm Jorge is threatening Saturday evening’s scheduled meeting of Mayo and Kerry in Allianz Football League Division 1.
The game is due to take place in Elverys MacHale Park, Castlebar at 7.15pm, however, Mayo GAA County Board has confirmed that a decision on whether the match takes place will be made early on Saturday in conjunction with Croke Park.
Estimated high wind speeds up to 80km/h with gusts of up to 130 km/h is forecast for Mayo throughout Saturday, with the potential for structural damage and disruption. However, consideration may also need to be given to the even more severe status red wind warning which is in place for counties Clare and Galway between 1pm and 4pm on Saturday, through where Kerry supporters would be travelling.
Should the match be postponed, there is already speculation that it could be re-fixed for the following afternoon, Sunday, March 1.