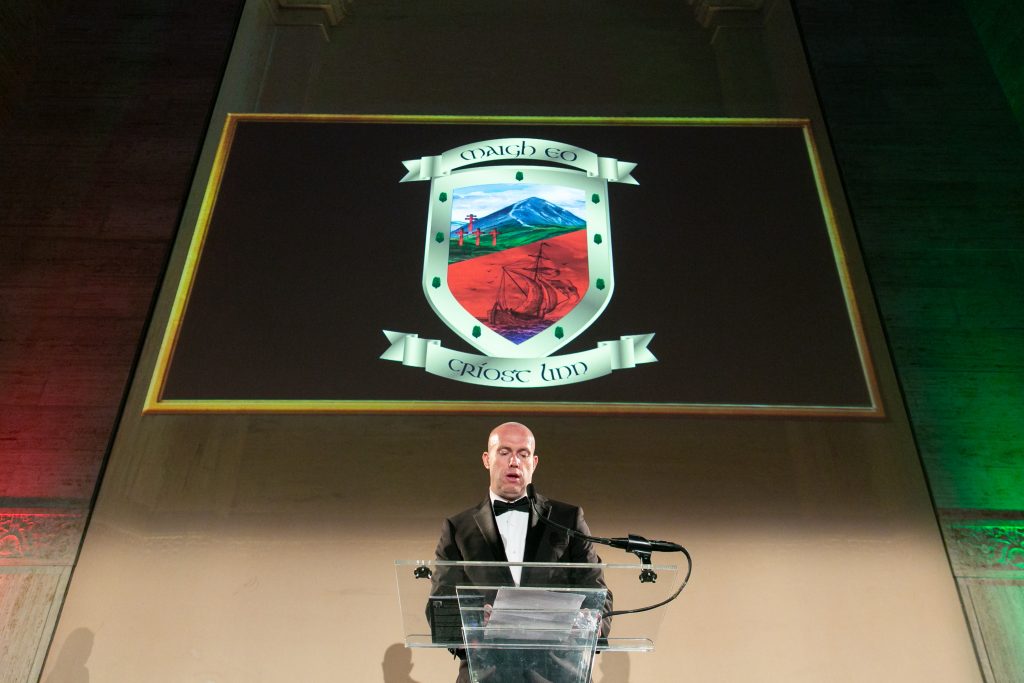 Mayo Roscommon Hospice Foundation is better off to the tune of €50,000 after it announced today (Thursday) it has received the donation from the Mayo GAA International Supporters Foundation.
The Hospice was confirmed as one of the partners of last year’s gala banquet in New York that the Foundation had organised in chief to raise funds for Mayo GAA but which it had committed also to contributing to local Mayo charities.
The €50,000 gift will allow Mayo Roscommon Hospice to continue working for the benefit of the people of Mayo at their lowest ebb, said CEO Martina Jennings.
“We are thrilled to have received this donation from the Mayo International Supporters Foundation. 100% of fundraised income like this very generous donation goes directly back into providing palliative care services to the people of Mayo and Roscommon and have enabled us to build our Mayo Hospice and move to our Roscommon Hospice.’
“Our Mayo Hospice was delivered on time and under budget. It cost just under €9m and 100% of that came from fundraised money. Roscommon will cost in the region of €6m and again we will build this from fundraised income. Alongside all of this development, we continue to provide community Palliative Care to those in most need in the two counties.”
Ms Jennings expressed the Hospice’s gratitude to the Mayo GAA International Supporters Foundation and its founder and chairperson Tim O’Leary whom she said has been a “terrific supporter” of the Hospice Foundation.
“We look forward to his continued support across a range of projects. Gifts like these not only support our work but are a great boost to our volunteers and staff when they see the work of Mayo Roscommon Hospice Foundation being recognised in this way,” noted Ms Jennings.
The announcement comes just four days after Mayo GAA County Board said it was ceasing all dialogue with Tim O’Leary after an outburst on social media in which the London-born financial trader called for the dismissal of senior football manager James Horan.
Because of a dispute between O’Leary and Mayo GAA officials, the Foundation continues to withhold a sum of €250,0000 it raised at last May’s New York fundraiser, and which was due to be transacted to Mayo County Board.

Galway Jewellery Designer is Donating Percentage of Profits to CRY