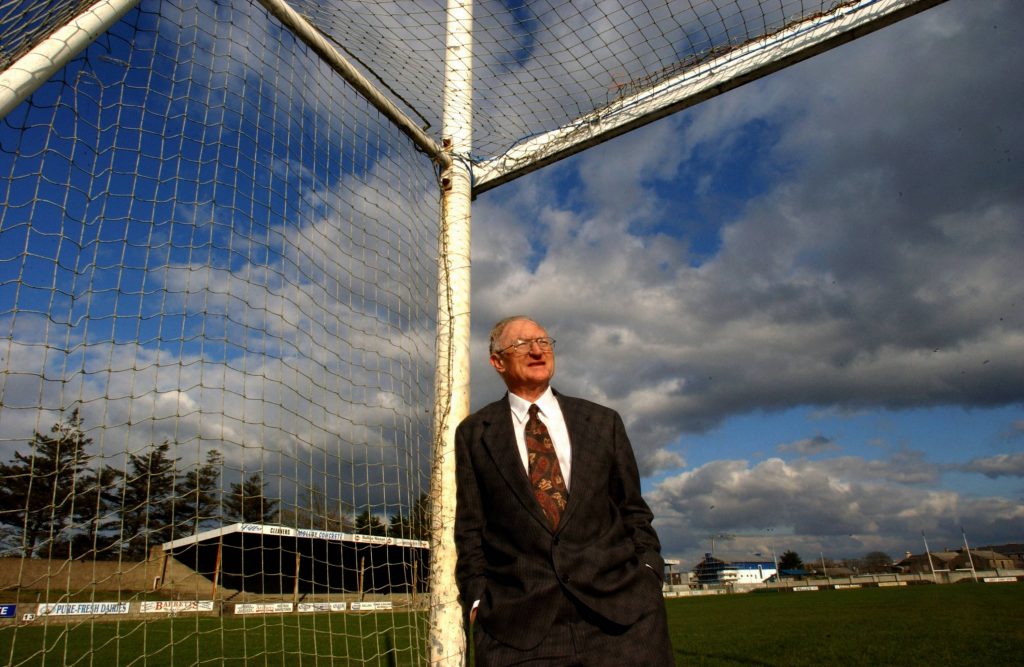 The family of the late Dr Pádraig Carney, the legendary Mayo footballer, are providing all his medals, some photographs, and other memorabilia for permanent display in County Mayo. The exhibit will showcase his extraordinary career as a Mayo footballer and later as a distinguished doctor specialising in obstetrics and gynecology in the United States.

Cormac Carney, Pádraig youngest son, said: “My siblings and I are delighted that our father’s medals and other memorabilia will return home to Mayo for all to see”.

Bernard O’Hara, a good friend for over 40 years who is liaising with the family, said that he is “delighted with the vision and generosity of the Carney family” to keep their father’s medal collection together in his native county.

“Mayo always had a special place in his heart and he followed the county’s football fortunes with great interest. When celebrating his 91st birthday on January 7, 2019 he donned a Mayo jersey and sang his favourite song, Moonlight in Mayo,” O’Hara said.
The plan is to house the medals in Swinford Library, the town where Pádraig grew up, with the official opening to take place next September when members of the Carney family are expected to attend. Austin Vaughan, Mayo County Librarian, said: “Mayo County Library is honoured that the Carney family have chosen our library as home for the medals of the great Pádraig. We will put them on display to the public in our Swinford Library. It is appropriate that the medals are in Padraig’s home town in the beautiful settings of Swinford Library and Cultural Centre. They can also be exhibited in the Jackie Clarke Library and other branches for special occasions.”

Dr Pádraig Carney, who passed away in San Juan Capistrano, Southern California, in June 2019 at the age of 91, was one of the all time greats in the history of the Gaelic football. He wore the green and red senior jersey of Mayo with distinction from the age of seventeen in 1945 until his emigration at his prime in 1954 at the age of 26.

Mayo County Board brought him back from New York for the Mayo v Dublin National Football League semi-final on April 25, 1954 (he had emigrated in March) and he captained Mayo to a thrilling 0-11 to 0-7 victory over the favourites, Dublin. Micheál Ó Hehir, the wonderful GAA commentator, immortalised Pádraig that day as ‘The Flying Doctor’. He was brought back again for the League final, in which he led Mayo to a decisive victory over Carlow. This was his last competitive game on Irish soil.
Pádraig Carney won every honour in Gaelic football: two All-Ireland back-to-back senior football medals in 1950 and 1951, four consecutive Connacht senior medals 1948, 1949, 1950 and 1951, two National League medals 1949 and 1954 and one Connacht Minor, 1946. In addition, he won three Sigerson Cup medals with UCD in 1946, 1947 and 1949. After playing for the Combined Universities in 1948, 1949, 1950 and 1951, he was selected for the Rest of Ireland against the Combined Universities in 1952 and 1953. He won a Railway Cup medal with Connacht in 1951, as well as two Mayo senior football championship medals with Castlebar Mitchels in 1951 and 1952 (while working in the County Hospital) and a junior championship medal with Charlestown Sarsfields in 1953 (while serving as a doctor in Charlestown).

While studying in Detroit in 1956, he played for the Mayo team there and won the US Mid-West championship. There are two medals in the collection sponsored by Canon Francis Stenson, parish priest of Swinford, 1947-1968. These were in respect of two games organised by Pádraig with the cream of Gaelic footballers from around the country participating to raise money for the newly founded St Patrick’s College (Coláiste Pádraig), which was established in Swinford in 1950.

Pádraig Carney was nominated to the GAA Hall of Fame in 2001, when a postage stamp (30p/38c) was issued in his honour on September 5 that year. He was selected at centre-field on the Connacht team of the Century in 2000, and on the Sigerson Cup team of the Century in 2011 (the only other Mayo player selected was Seán Flanagan). He was inducted into the Western People Hall of Fame in February 2005.