Billow Wood to preview new album at Other Voices festival 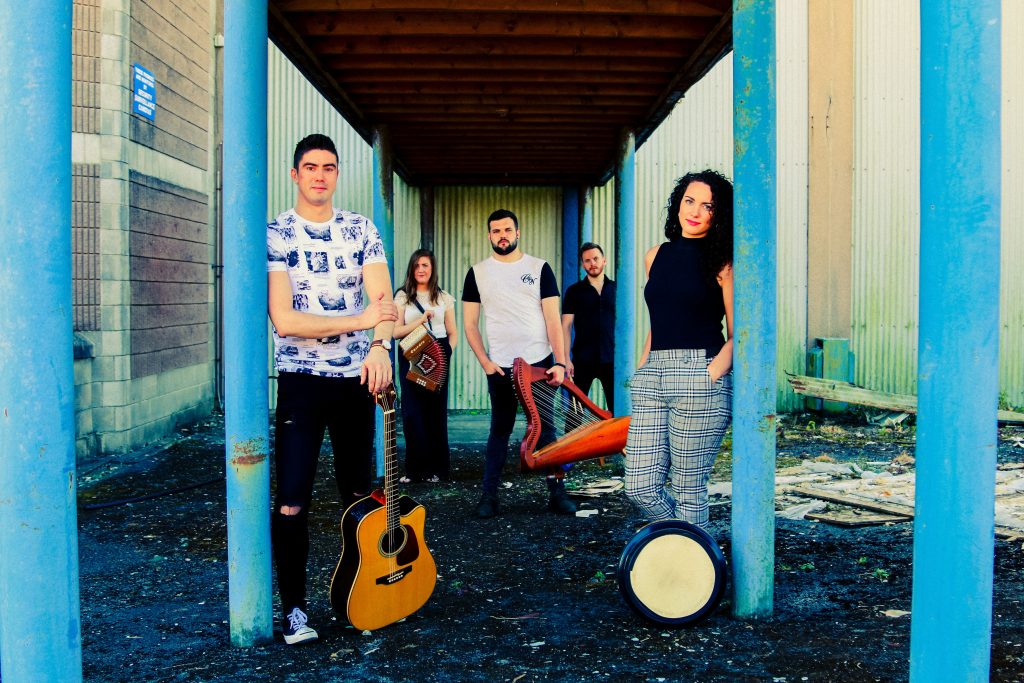 Local band Billow Wood will be performing in Ballina on the Other Voices music trail at the weekend.

Set to release their long-awaited debut album on March 6, Ballina-based Billow Wood will be performing a special pre-album concert as part of Other Voices.
The band, formerly known as ‘Flat Out’, has been developing their original music for the last four years. The latest single ‘Old Friend’ from their upcoming album ‘Wall of Caves’ has already received regional and national airtime, being played on RTÉ 1 and BBC Ulster.
Singer, flute, whistle and bodhran player Ciara O’Donnell said the band is “so excited to perform and launch this album as part of Other Voices Ballina.”
“We have been in and out of the recording studio for over a year and we are so happy with the finished sound.”
Cousins Ciara and Mark O’Donnell grew up playing Irish music together, while neighbours Harry Lawlor and Brid O’Donnell joined the duo for a St Patrick’s Day gig in Austria.
The group, all hailing from Ballina, Killala and Bonniconlon areas “instantly gelled”, playing Irish covers of pop and folk songs.
They entered and won a competition with Today FM. Using their prize money they toured America last autumn, where many people asked for copies of their music.
A long time coming for the local musicians, Ciara said they “could not be more proud of what we have produced and we hope everyone will enjoy it.”
Much of their sound is inspired by Fleetwood Mac, Florence and the Machine and Irish folk-pop band Hudson Taylor. With four vocalists in the group, they focus a lot on their harmonies and play mainstream rhythms with their Celtic instruments “to create something that sounds really quite different,” Ciara said.
She added that the band are “so thankful” for all the support shown by Ballina and Mayo residents over the years and hope to see lots of familiar faces on the night.
‘Walls of Caves’ will be pre-sold for one night only on February 29 and can be found on all music sites from March 6. The band will go on to tour Ireland and perform in Luxembourg, France and Switzerland.
“We hope to tour a lot over the summer and do the festivals with this album… so we are really excited,” Ciara added.

Billow Wood will play the Kennedy Glasgow Centre, The Quay, on February 29 as part of Other Voices Ballina. Tickets can be purchased online via Eventbrite (Billow Wood debut album pre-launch) and a limited number of tickets will be available on the night. Doors open at 7pm.