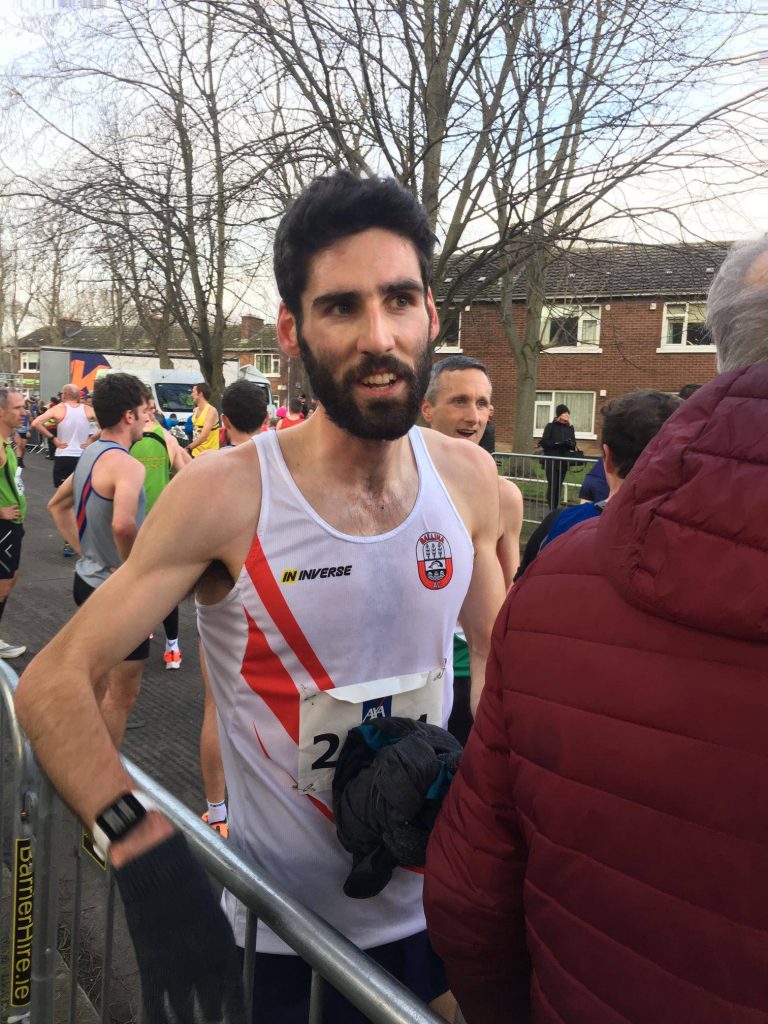 Hugh Armstrong of Ballina AC was within a minute of running the Olympic qualification time at Sunday’s Seville Marathon.

The sensational form of Mayo runner Hugh Armstrong continued in Seville on Sunday when the Knockmore native was less than a minute outside the qualification time for the Olympic marathon.
Perhaps just as impressive is that his latest marathon time is in the top ten fastest ever by an Irish athlete, in what was only his second ever time to tackle the 26-plus mile distance,.
The Ballina Athletic Club member quickened his time of 2:14.22 at last October’s Dublin Marathon by almost two minutes when cutting the tape in 2:12.26 to finish 35th overall at the Seville Marathon in Spain. That was nine places behind fellow Irishman Kevin Seaward who ran the second-fastest Irish marathon time ever. The Belfast athlete crossed the line in 2:10:10 which is a time beaten only by John Treacy’s national record of 2:09:15.
Seville is regarded as one of the fastest marathon routes in Europe because of its flat course and Sunday’s winning time of 2:04.46 was a course record for race winner, Mekuant Ayenew from Ethiopia.
Seaward joins Paul Pollock and Stephen Scullion in having achieved the Olympic criteria of running inside the IAAF time of 2:11:30 for Tokyo 2020 – a mark that Hugh Armstrong, who is still only 25-years-old, is only 56-seconds outside.