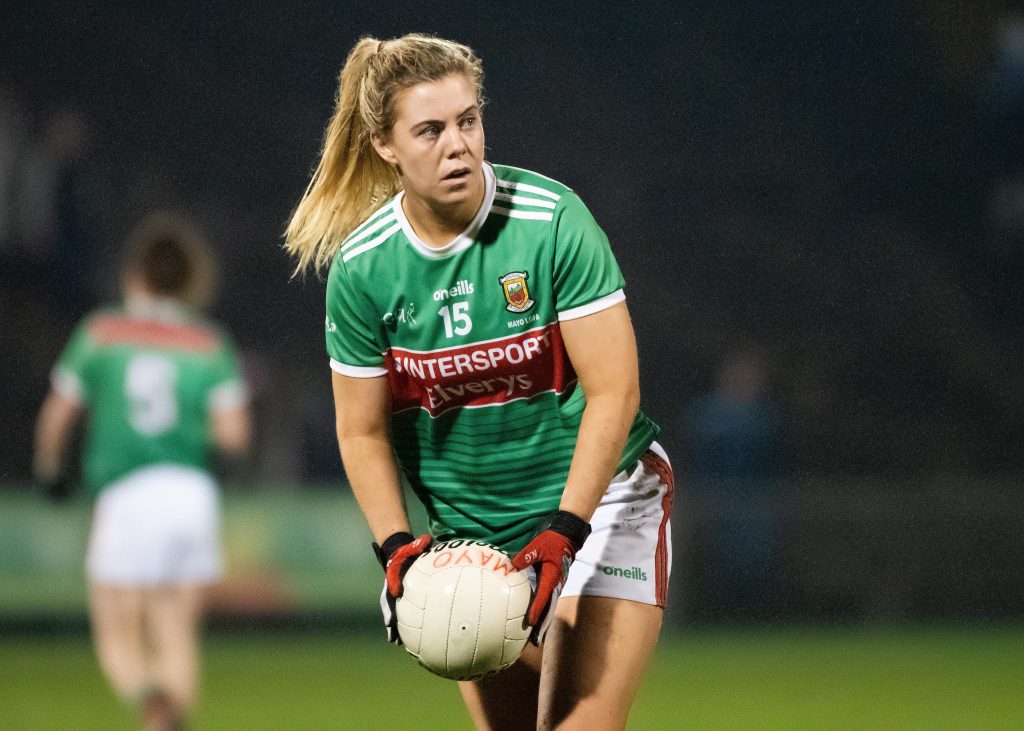 Natasha Gaughan is one of seven players called into the Mayo team for Sunday’s trip to Cork. Picture: INPHO/Evan Logan

The commitment of Mayo manager Peter Leahy to rotate his team selections throughout the course of the Ladies National Football League continues unabated, with no fewer than seven changes in personnel planned for Sunday’s fourth round clash away to Cork.
The Green and Red won a low scoring home contest with Waterford in terrible weather conditions last Sunday, their second victory in three outings, but their stiffest test of the season awaits them with the Rebels looking to maintain their 100 per cent record when the teams lock horns, at Cloughduv Hurling Club (2pm).
From the Mayo team that started against the Deise, in come Saoirse Lally, Clodagh McManamon, Roisin Durkin, Maria Cannon, Ella Brennan, Natasha Gaughan and Mary McHale, with Danielle Caldwell, Ciara Whyte, Alannah Duffy, Maria Reilly, Lisa Cafferky, Jennifer Cawley and Amy Halligan dropping out of the team.
In complete contrast, Cork boss Ephie Fitzgerald has named an unchanged starting 15 following his side’s eye-catching victory over Dublin at Croke Park.